Brexit has only exacerbated forces already in play 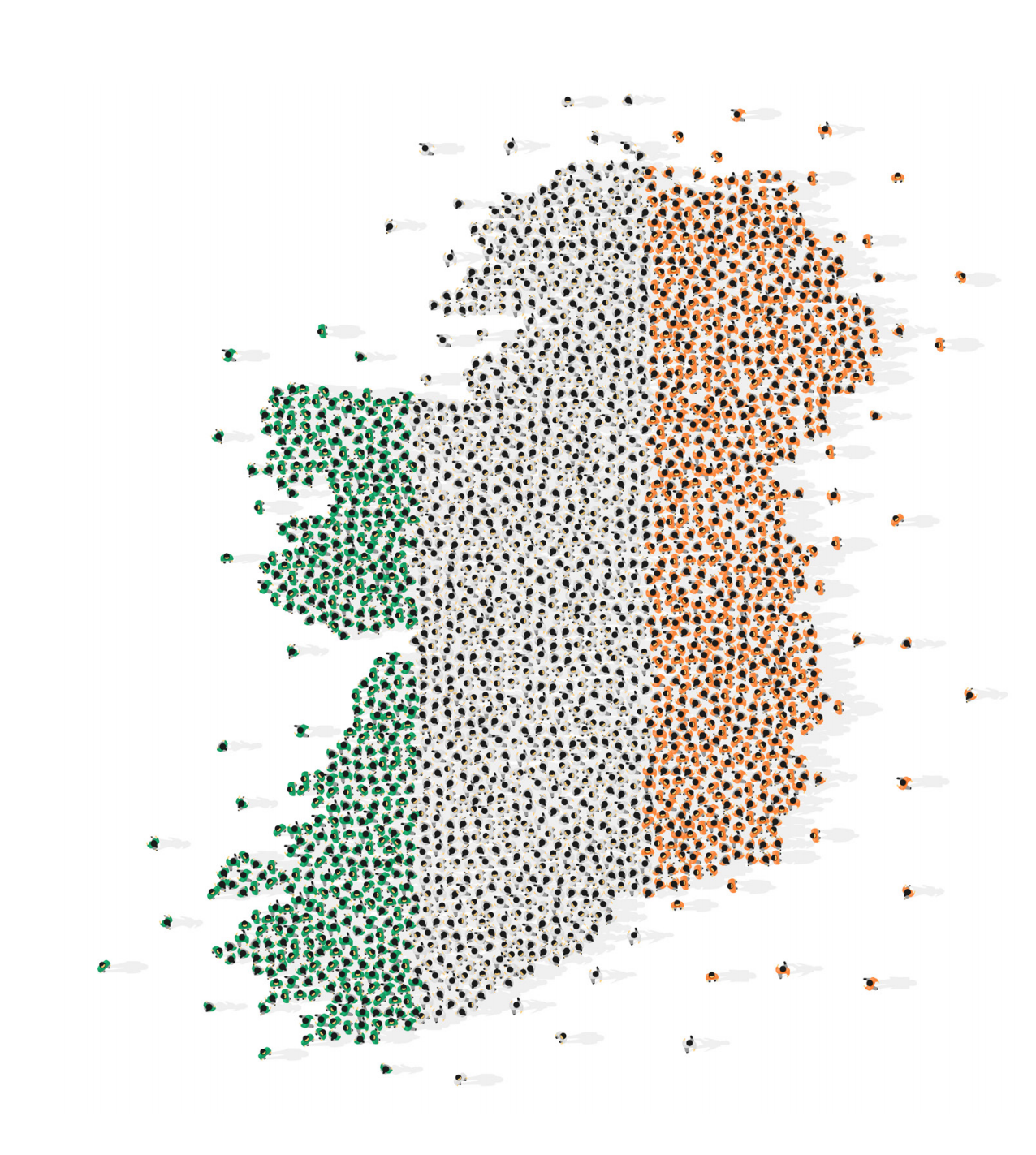 When Boris Johnson became Prime Minister he furnished himself with an extra title: Minister for the Union. The move engendered unease more than it settled nerves: if the health of the Union was nothing to worry about, why would such a gesture ever be necessary?

Of course by this stage in the Brexit negotiations the future of the Union was very much something to worry about. And there are few who shoulder more blame than Johnson’s Conservative colleagues, alongside their former bedfellows in the Democratic Unionist Party. Despite countless protestations that Northern Ireland’s interests would never be sacrificed at the altar of political expediency, it quickly became clear that Brexiteers had little interest in working to the region’s benefit.

And though Brexit may have been cast down the news agenda, thanks to political turmoil in America and the Covid-19 crisis, those who played fast and loose with Northern Ireland’s politics are facing a potentially seismic reckoning. Concerns about the state’s place in the United Kingdom now loom large. And though few may have predicted we would be asking these questions so soon after The Good Friday Agreement was signed in 1998, once abstract conversations are asserting themselves as concrete possibilities. For many on the island, Irish reunification is no longer a question of “if ” but “how”.

This new landscape is not solely a product of Brexit. Demographic changes may soon see cultural Catholics becoming the largest religious group in the North, potentially (though not certainly) converting 15 unionism into a political minority. And Covid-19 has emboldened the sense that the island is better off acting as a unit than as two distinct nations, at least epidemiologically speaking. But Brexit has been the central catalyst, and seen the question capture the public imagination with renewed urgency.

In the referendum, Northern Ireland voted to remain 55.8% to 44.2%. And in 2019, both the Ulster Unionist Party and the DUP lost votes to pro-remain parties like Alliance. For voters who are otherwise ambivalent on Northern Ireland’s place in the United Kingdom, their belief in the European project could see the scales tip in favour of reunification with the Republic. If we accept that the Scottish Nationalist Party’s cause has been granted renewed vigour thanks to Scotland’s desire to remain in the European Union, then we can broadly accept the same to be the case with Northern Ireland. At the very least, the past four years have taught us that emotional ties to the European Union ought not be underestimated.

But far greater than the outcome of the 2016 referendum is the lingering sense that Northern Ireland has long been an afterthought in the minds of policy makers in London. Prior to the referendum, Northern Ireland received little prominence in the British press; since the vote politicians have demonstrated a staggering lack of understanding of the place. This was never more apparent than when then Northern Ireland secretary Karen Bradley admitted she did not realise elections in the region were fought along nationalist and unionist lines.

This large-scale inability to grasp the implications Brexit might have on an already unstable nation had immediate and tangible impacts. When the referendum was called, warnings immediately poured out of Ireland: the border would not just be one issue among many to resolve, but rather would become the central obstacle between Britain and a workable Brexit. Thanks both to a refusal to acknowledge the nuances of Northern Ireland, and a cavalier belief that everything would work out in the end, the warnings were ignored. And the process of disentangling Britain from the European Union began with little thought given to the foundational importance of maintaining an open border on the island.

What followed was predictable. Northern Ireland was thrown into disarray and confusion about the future of its trading relationships with both the Republic and mainland Britain, with many living in border communities feeling particularly aggrieved by the lack of attention paid to their plight. Further entrenching the notion that Westminster did not care to understand the region, Johnson (then Foreign Secretary) likened the border to congestion boundaries between London boroughs. The incident was not just another Johnson gaffe, but symptomatic of the endemic indifference the Conservatives harbor for Northern Ireland. It won Johnson few favours, but it did not come as a surprise.

Northern Ireland occupies an awkward position, in the single market unlike the rest of the UK, with an effective trade barrier in the middle of the Irish Sea.

Those on the island of Ireland were told their prophecies were melodramatic; that they were feeding so-called “project fear.” The Conservatives assured Stormont and Dublin that they could find a Brexit that both prevented a hard border and maintained the sanctity of the union. It became increasingly clear – especially with the UK’s commitment to leaving the single market – that this was not a coherent proposition. And now Northern Ireland occupies an awkward position, in the single market unlike the rest of the UK, with an effective trade barrier in the middle of the Irish Sea.

Unionists argue this new arrangement is a tenable long-term position. But those seeking reunification (a charge led by Sinn Féin) can now make a case grounded in economic logic: this “one foot in, one foot out” arrangement evades all basic sense.

No matter the legitimacy of either side’s arguments, Brexit has provided ample lessons for Ireland on how best to address questions that go deep to the heart of statehood and sovereignty. The Brexit vote happened with little thought of what a post-EU Britain might look like, and even less discussion of how the process of relinquishing those ties might work. Years of Tory internecine warfare, and mudslinging between all factions and their competing visions of a “sovereign” Britain, ensued. And considering the political instability this generated in the UK, it is a mistake best avoided when it comes to a topic as thorny as Irish reunification.

So, conversations are starting in Ireland about what this process might look like: what structure would this new state take? How would unionists be made to feel at home on an island that opted for reunification? Northern Ireland relies on heavy subsidies from the United Kingdom; can the Republic foot that bill? Does it want to foot that bill? And though the financial burdens will be large, the symbolic ones matter too. The emotional pull or reunification may be a strong one, but how large is the cohort of voters in the South who do not see the symbols of the Republic as worthy sacrifice for closer union on the island?

We are a long way from answering those questions. But even the most ardent of Unionists realise the political reality in front of them. In fact, Peter Robinson – former head of the DUP – has made clear the importance that Unionists themselves prepare for such a border poll: “I don’t expect my own house to burn down,” he said, “but I still insure it because it could happen.”

A border poll is unlikely to arrive any time soon: Taoiseach Micheál Martin has said it is not on the agenda for at least five years; and it will likely be longer than that. The priority, North and South, is to increase cooperation across the border, and to seek reconciliation between competing traditions as Ireland processes its fractious history. And though demographics may be changing, there is no clear view on when that change will be sufficient to warrant a referendum.

We have seen something set in motion. But Brexit has not caused this conversation to rear its head. Rather, it has revealed something that has long been true: too few in Westminster are invested in Northern Ireland’s future, and even fewer understand the steps required to preserve its fragile peace. Ultimately, this is a question about direction of travel, and even the most casual of observers can see where it is heading. As Ireland continues on this path – no matter how slowly – the Minister for the Union will have played no insignificant role.

Finn McRedmond is an Irish journalist based in London. She writes columns for The Irish Times 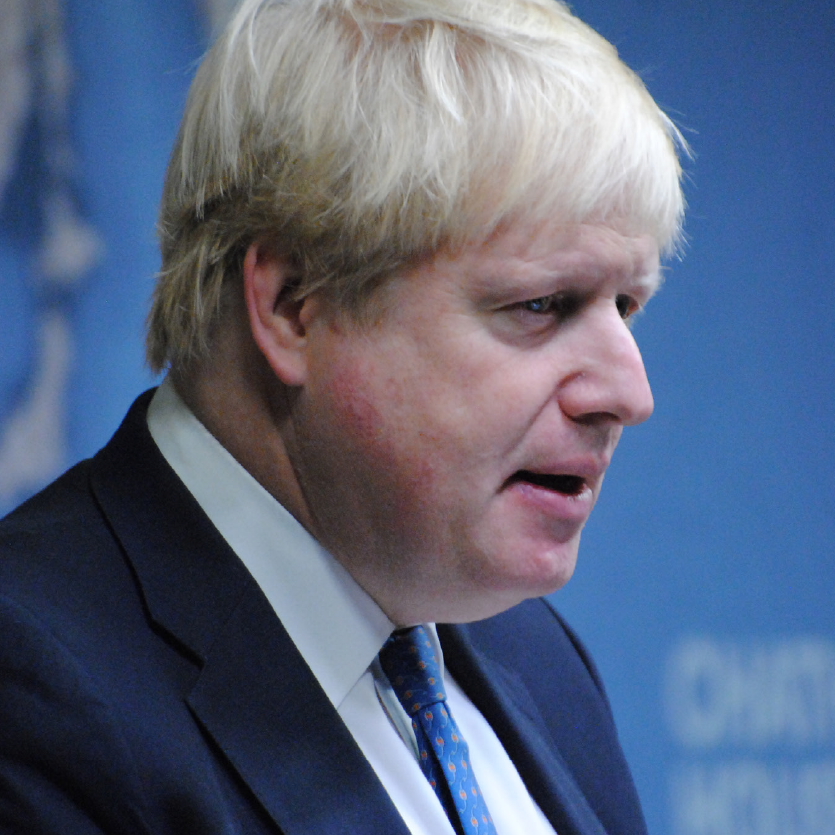 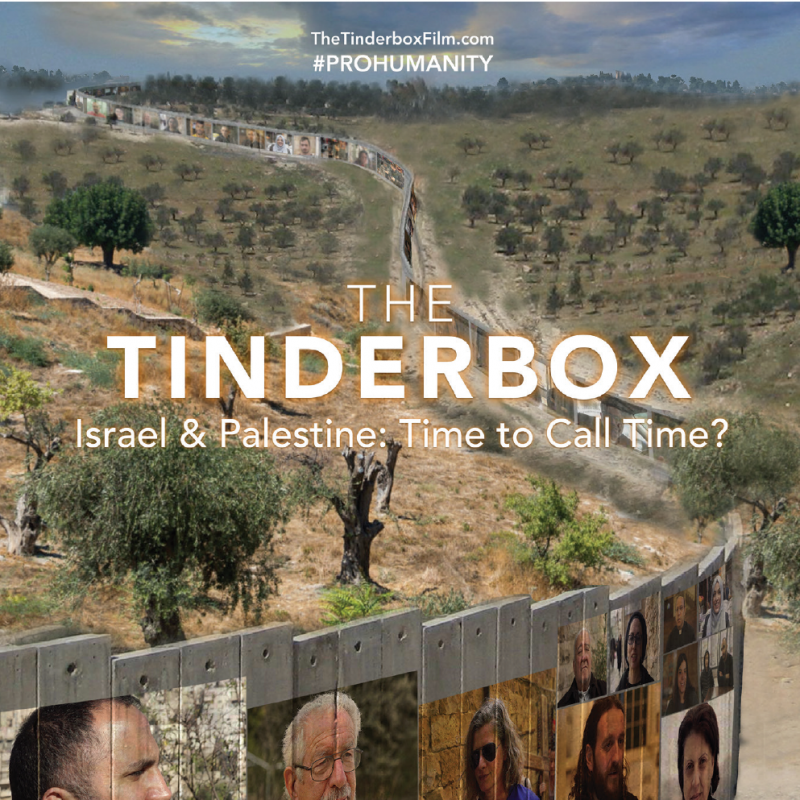 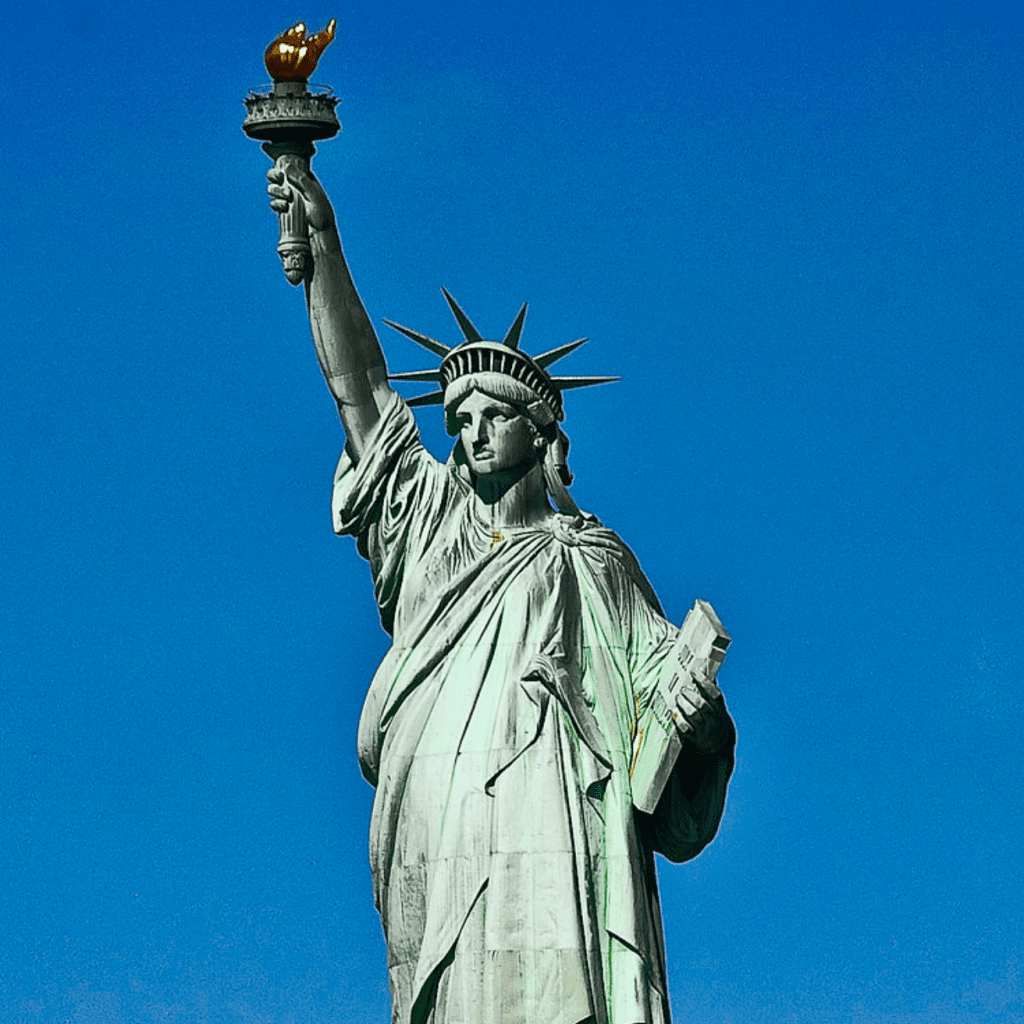 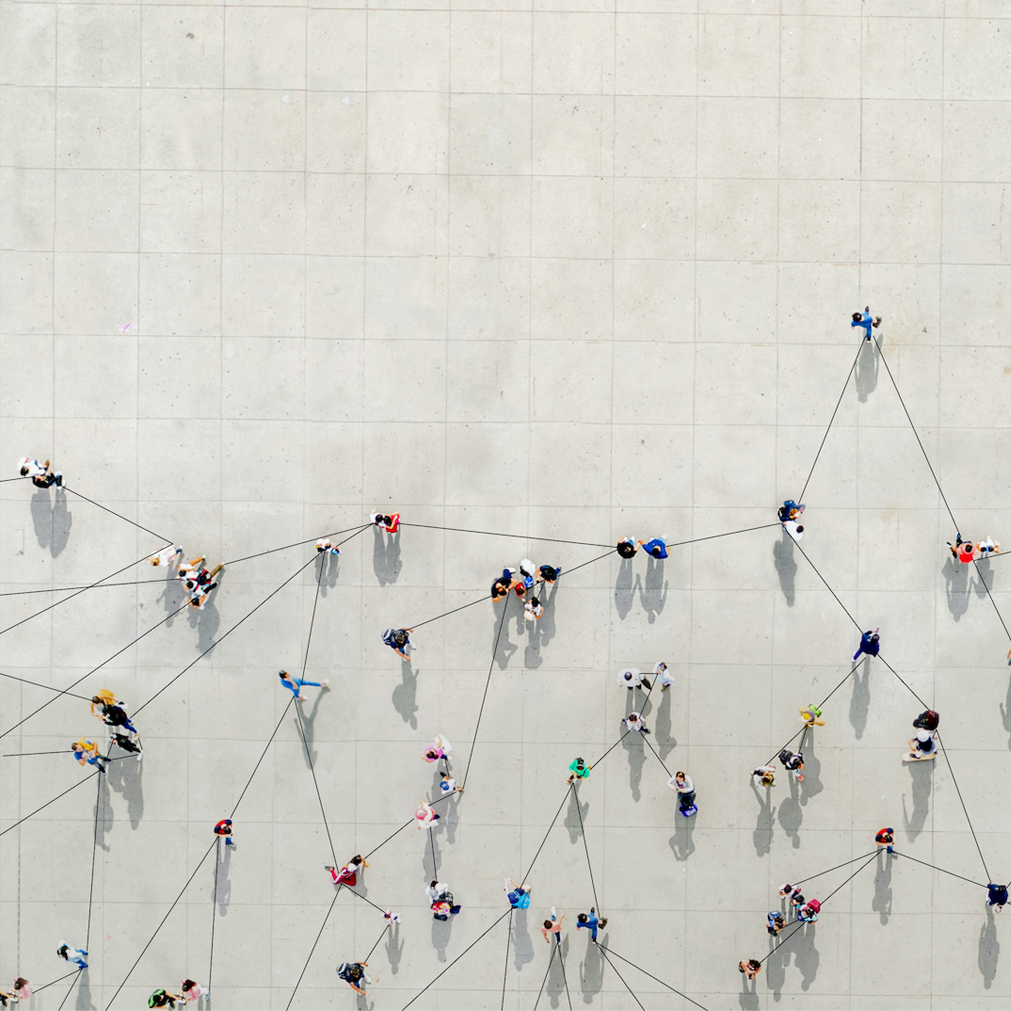