The value of patronage in the 21st century 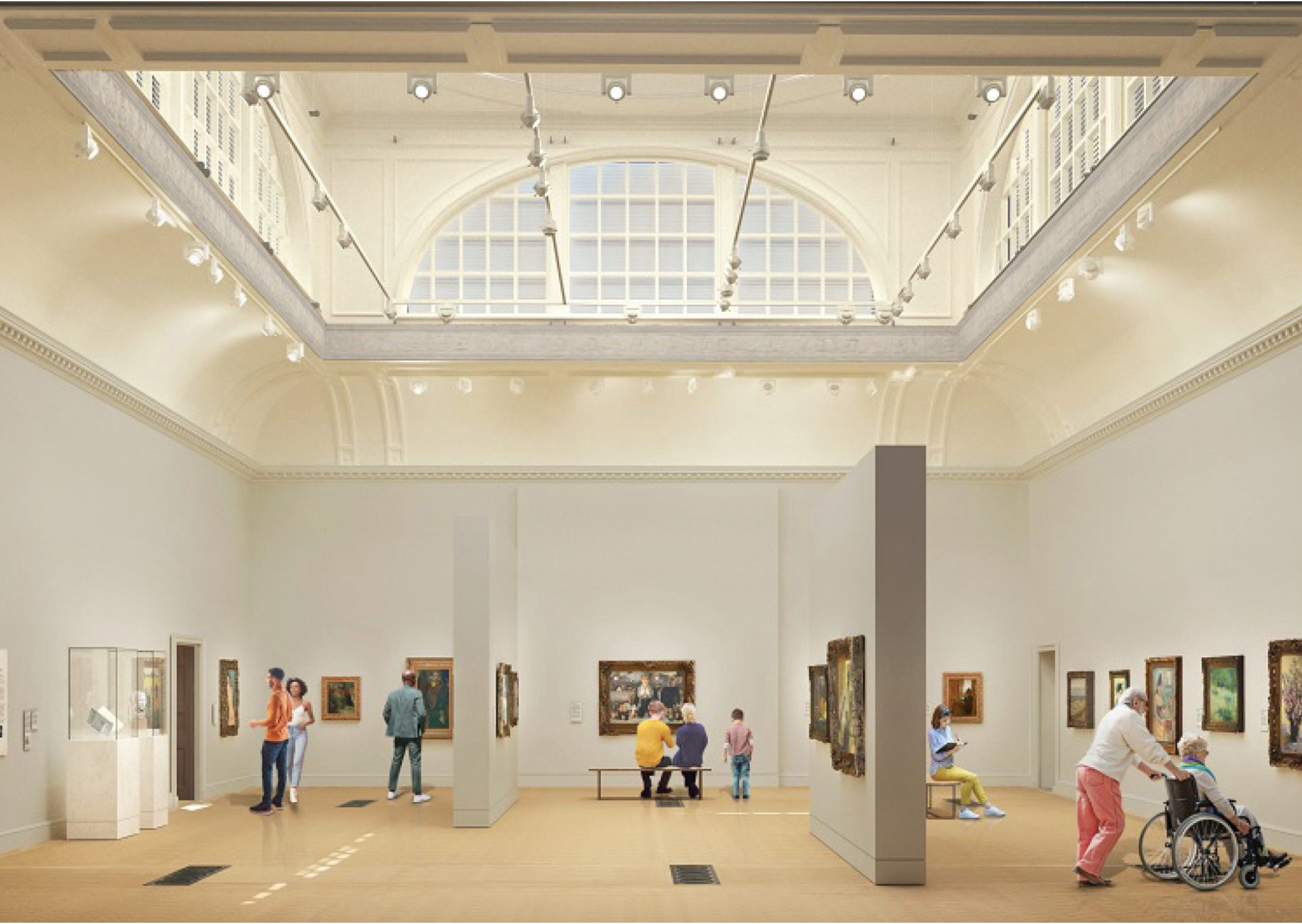 Art is expensive to make. Even student painters need a studio and materials. Those with bigger dreams – like casting the inside of a terraced house and turning it into a sculpture – need a lot of money. This has long created a fundamental need for patrons. But the royalty, noblemen and church leaders who sponsored so much medieval art have been replaced in our age by institutions. Recently, patronage has taken on a number of different forms: from corporate sponsorship of museums to crowdfunding artists or even small-scale “Become a Patron” schemes in institutions like the Royal Academy. People who spend money on art do so for a reason,  and those reasons reveal art’s various values in the 21st century.

Since the nineteenth century, museums have been the locations most associated with viewing art, which means they have attracted the most conspicuous sponsorship. This kind of patronage – whereby hugely rich individuals and organisations hand over millions with no strings attached – aims to raise the social status of the donor through association with high culture. Despite recent scrutiny over the increasingly obvious conflicts between museums’ ethical standards and those of their patrons – Sackler and BP are often cited – the practice continues to flourish, mostly out of necessity.

Recently, the prestigiously revamped Courtauld Gallery (pictured above) received an undisclosed sum (thought to be upwards of £10m) from billionaire Bet365 boss, Denise Coates, which gives her naming rights over some of the new gallery space. The gallery’s founder – Samuel Courtauld – was able to build the collection thanks to the hard graft of his uncle, after whom he was named, a nineteenth-century textiles magnate and Unitarian known as a social reformer. The gallery is therefore no stranger to raising the newly rich to London’s high society, but Coates’ profits, built as they are on the addictive and often ruinous pursuit of gambling, don’t sit that well. Bet365’s fruit machines feel grubbier even than Courtauld’s nineteenth century textile mills, with their associations of worker exploitation, though at least the industrialist backed reform laws.

Although Coates and other corporate organisations that plough money into museums often act as if they’re the gatekeepers of great culture, they don’t truly interact with art and have no say in any curatorial or acquisition-based decisions. Nor do they curry favour with contemporary artists. This reliance on private, often corporate patronage for museums has thrown into disarray the fundamental relationship between patrons and artists.

Julian Stallabrass, a professor at the Courtauld Institute, has written widely on the tension between content and corporate context, and how the brand permeates everything, negatively colouring the museum. Stallabrass points out that: “[M]uch avant-garde and contemporary art is actively hostile towards capitalism. If an artist who is critiquing corporate power is presented as part of this branded apparatus, the work is being betrayed quite fundamentally.”

Most museum patrons, then, do not contribute to the creation of art itself. Their ostentatious gifts can enable individual galleries to expand and purchase fine art, but they can also actively alienate artists and the visiting public. A part of the art ecosystem, however, which builds artists careers and “patronises” in a more meaningful sense is the art market: specifically, dealers, collectors and auction houses. The art market holds the most sway over building up and investing in contemporary artists’ careers, propelling a few to greatness.

One example was the ambitious exhibition Radical Figures at the Whitechapel Gallery last year, which claimed to show “painting in the new millennium”: ie the leading figurative contemporary painters. Many agree they did just that: Cecily Brown, Michael Armitage, Dana Schutz and Tschabalala Self are seen by many as the it-crowd of painting. What also connected these artists is that they’re market darlings: a painting by New York-based Dana Schutz sold for $6.5m last year, making her one of the most expensive contemporary artists.

It’s to be expected that critically acclaimed artists are sought-after in the market, but normally the money comes after the acclaim. Now the acclaim follows the auction records: virtually unknown artists in their early twenties set auction records and then get museum shows. The Whitechapel artists are all young, and not yet household names, but their work is selling for more than that of older artists: the familiar work of Tracey Emin, for example, has never scaled the heights of Schutz. 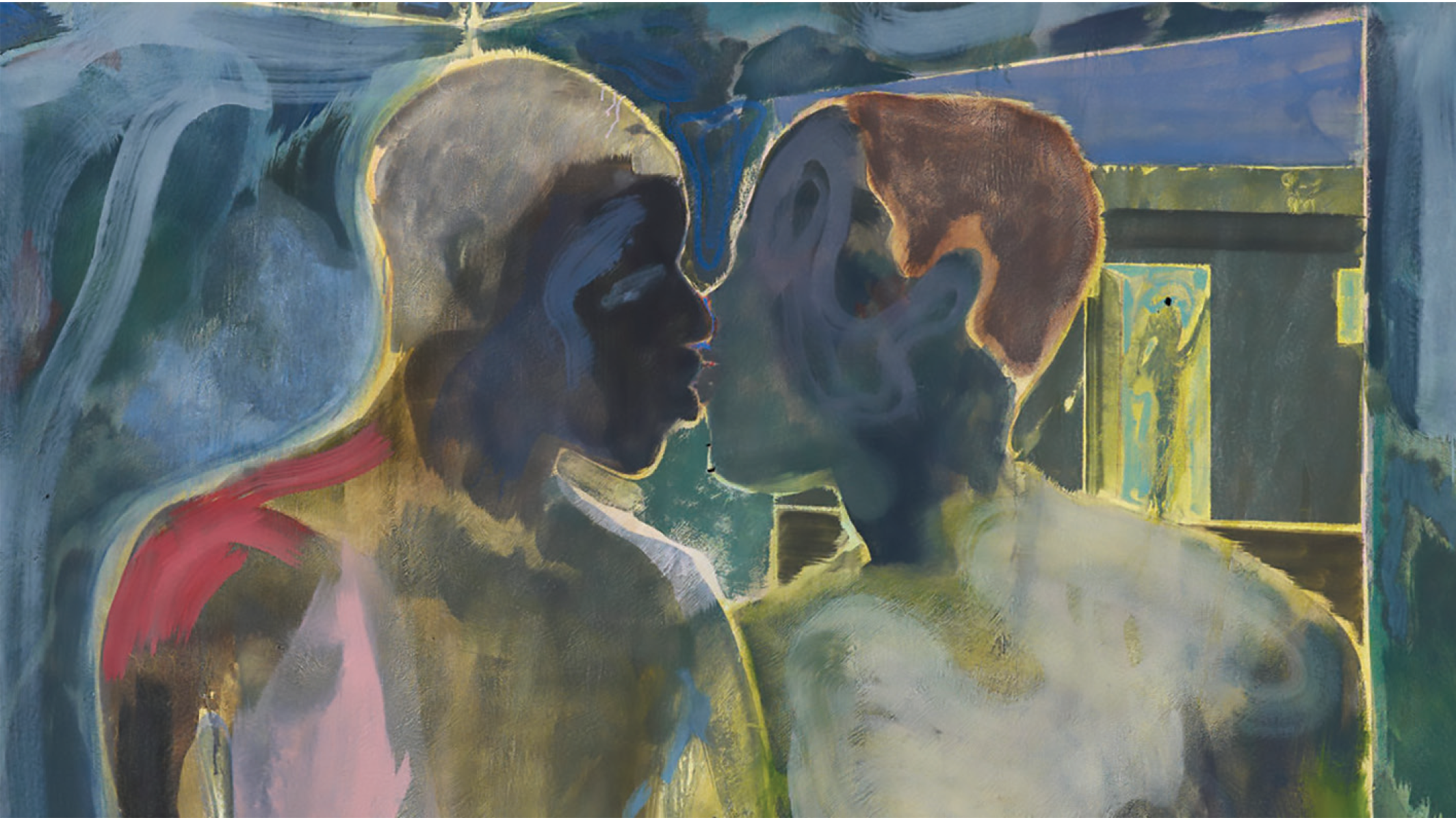 This doesn’t happen accidentally. The Whitechapel exhibition was made possible by a group of donors: most notably the auction house Christie’s and the circle of dealers who each represent the different artists (White Cube, Thaddaeus Ropac etc). It’s common knowledge that many large collectors and dealers (ie those with vested interests) are given voting rights on major museum boards and acquisition panels, as well as strategically donating to ensure exhibitions such as Radical Figures take place. They ensure their assets are getting the institutional stamp of approval.

The line has blurred between the private art market and the public world of museums. This is particularly evident in the way that collectors open their own “foundations” – museums without the history. François Pinault opened his new 7,000 sq/m museum in Paris earlier this year. He aims to show a series of exhibitions from his collection of over 10,000 works, which are almost exclusively modern and contemporary. Again, as with museum donors, it’s difficult to label Pinault a patron. He certainly invests – literally – in artists’ careers; being collected by Pinault affords artists huge visibility and a leg-up, but there is no shared vision between artist and patron.

Turner’s patrons imbued into the young artist a fascination with innovation and modernity, commissioning paintings of industrial canals and bridges. With Pinault, there is no collaboration or meaningful interaction between artist and patron. For Turner’s entrepreneurial industrial patrons, the paintings they commissioned and owned became an aestheticised vision of their modern world. Pinault – and other collectors – do no such commissioning, they merely select works offered to them by the market.

Patronage was once the preserve of the rich but today that is very different. Among many other things, the so-called democratisation of culture has led to the rise of affordable art – and the opportunity of mass participation in owning unique artworks. Anyone can be a patron of the arts by trotting along to the Affordable Art Fair in Battersea Park in July, or the Art Car Boot Fair at London’s Granary Square and in Hastings – or by browsing a host of online galleries and collectives whose mission and business model is to sell you art for the same price you’d pay for a small piece of furniture at Habitat. Technology has played a role: it’s worth selling cheap works for online galleries as they don’t have to rent a physical space in Mayfair, and websites such as Artfinder claim to have sophisticated algorithms which match you with your perfect painting by monitoring how you browse – something a gallery assistant wouldn’t manage. 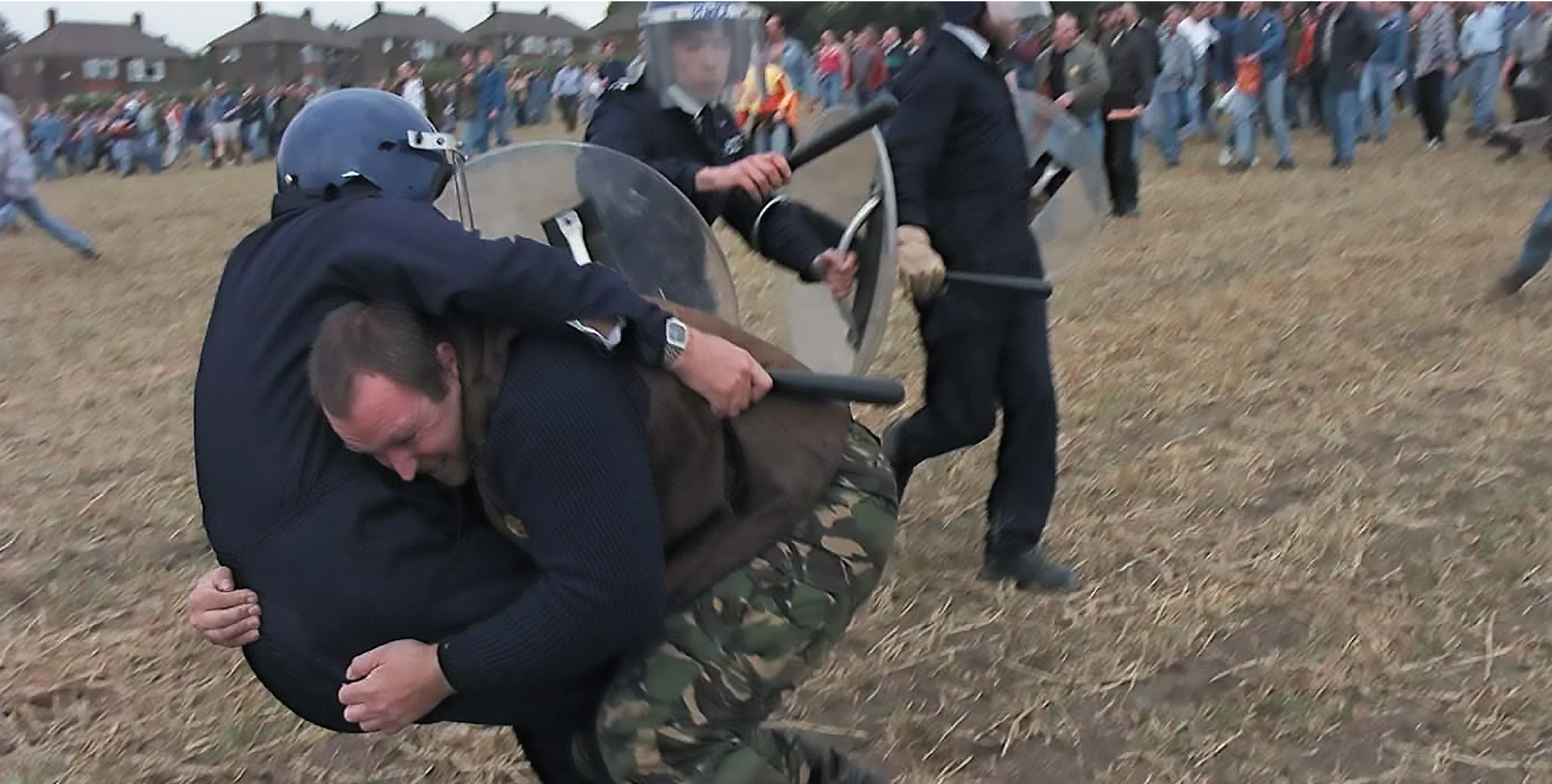 It’s tempting to think the rise of affordable art can be solely attributed to people’s desire for status. There is, however, something else also going on. By mass participation in supporting artists, people believe they can free art from the shackles of traditional models of patronage and make it crowdfunded. This is evident from how many people support – or “patronise” – arts and heritage institutions on an annual basis.

The National Trust boasts the largest membership body in the UK: at 5.6m members it has more members than the Trades Union  Congress. Several museums have memberships around 100,000. People want culture to be collectively owned and are expressing this with their wallets. Stakeholders want affordable art to be treated as a product which contributes to our GDP – not simply as a pretty bonus. Guts Gallery, a leader in the field of the new generation of affordable online galleries, claims its mission is as follows: “[A]cting as the platform and support system which artists are often denied, Guts works to challenge and revise this model; that leaves artists and staff undervalued and underpaid.”

A recent report: “Art Patronage in the 21st Century”, published by The European Fine Art Foundation (TEFAF) explores the motivations behind this type of patronage: small capital donations from large numbers of individuals. Its respondents demonstrate that they are motivated by “personal interest” and a desire “to make a difference”, with 91 per cent saying they believe that art and culture impacts “the way we perceive the world around us”.

The report also details various “models” of patronage in the 21st century: from the “purist model” (giving to the arts for art’s sake, largely altruistic) to a more “venture philanthropy model” (for social and commercial benefits). Little can be made of these yet, but they’re certainly part of the wider crowd-funded patronage of culture which has exploded in freelance journalism and blogging circles, thanks to companies like Patreon – which allows supporters to directly sponsor their favourite creators – and the website Substack, which hosts millions of paid newsletters which individuals directly subscribe to.

Together, these three prevailing ways of patronising the arts illuminate the perceived value that art holds. For big private and corporate donors, especially those working at the juncture of the art market and museums – art’s meaning is its monetary value. The motivation for collecting lies in the fact it’s an asset class, with the bonus of a pleasant lifestyle. This also chimes with the huge tax breaks afforded to the super rich through their donations to museums.

By contrast, for the many individuals that contribute on a smaller scale, they like to feel part of a prestigious lineage but also enjoy giving altruistic support to struggling creators. There are a myriad of other organisations patronising culture and facilitating unique encounters with art which don’t fit neatly into the museum, art market or crowd-funded model. One is the non-profit organisation Artangel, which has been responsible for some of the most significant contemporary art commissions ever: from Rachel Whiteread’s ghostly House in 1993 to Michael Landy’s bold Break Down (2001) and Jeremy Deller’s The Battle of Orgreave (2001), whereby Deller faithfully recreated the 1984 miners’ strike of the same name with thousands of people.

Artangel stands out as the ultimate patron. It’s selectively funded (publicly and privately) and intimately works with artists to realise their wildest dreams – which are generally ephemeral. It seems counterintuitive to even question what value Artangel sees in art, given each of their projects’ enormous legacy and success – but it’s pure art for art’s sake. Long may they continue. 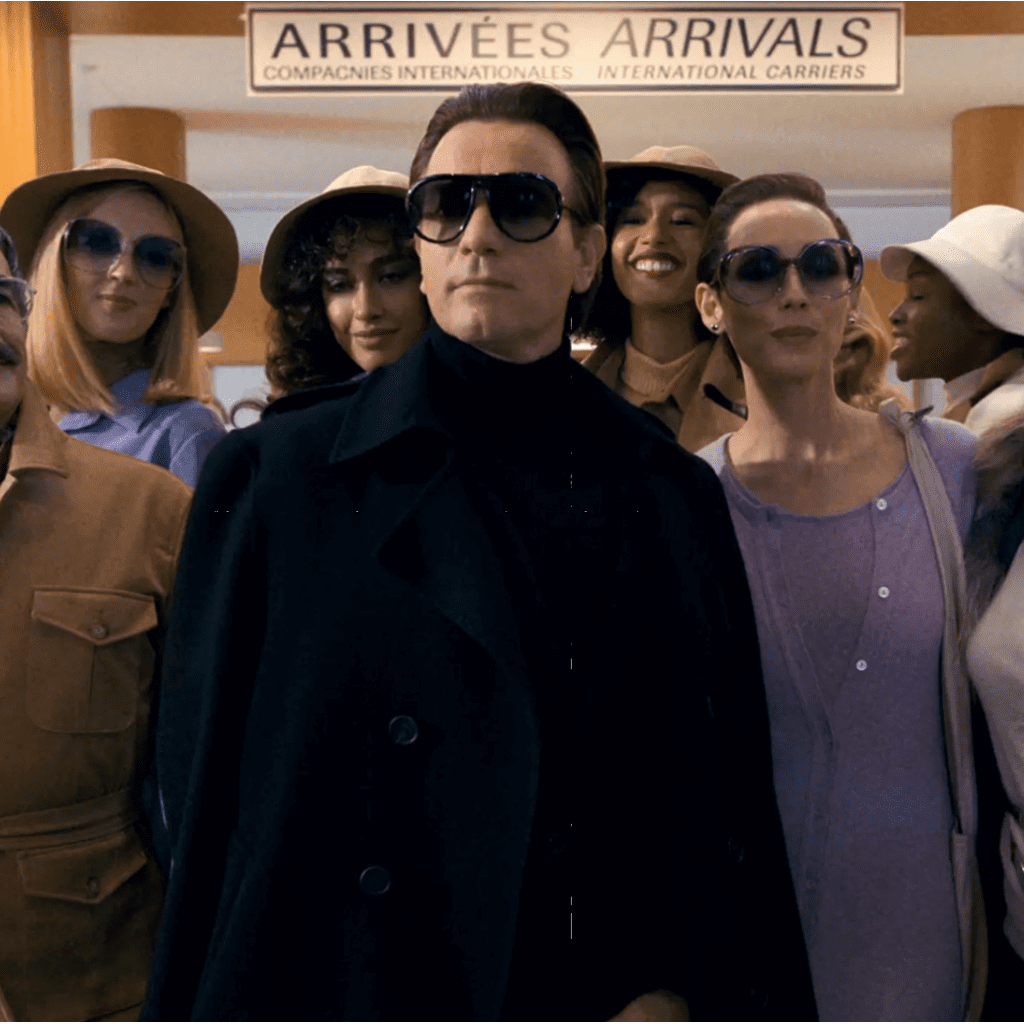 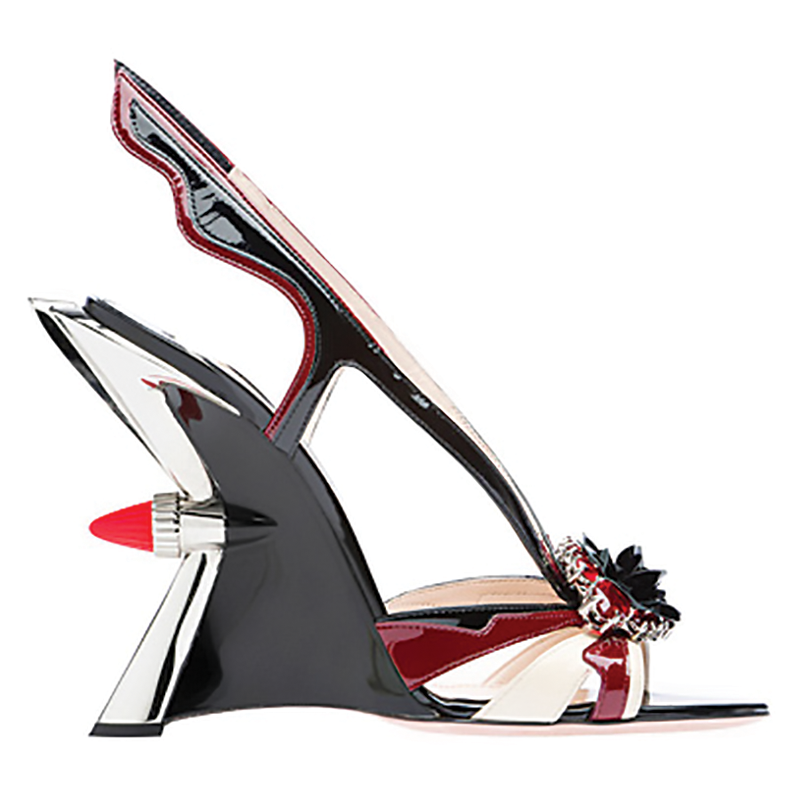 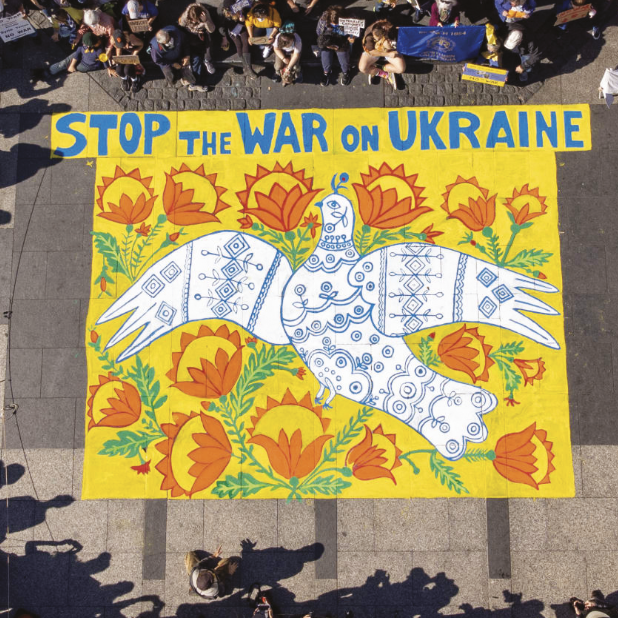 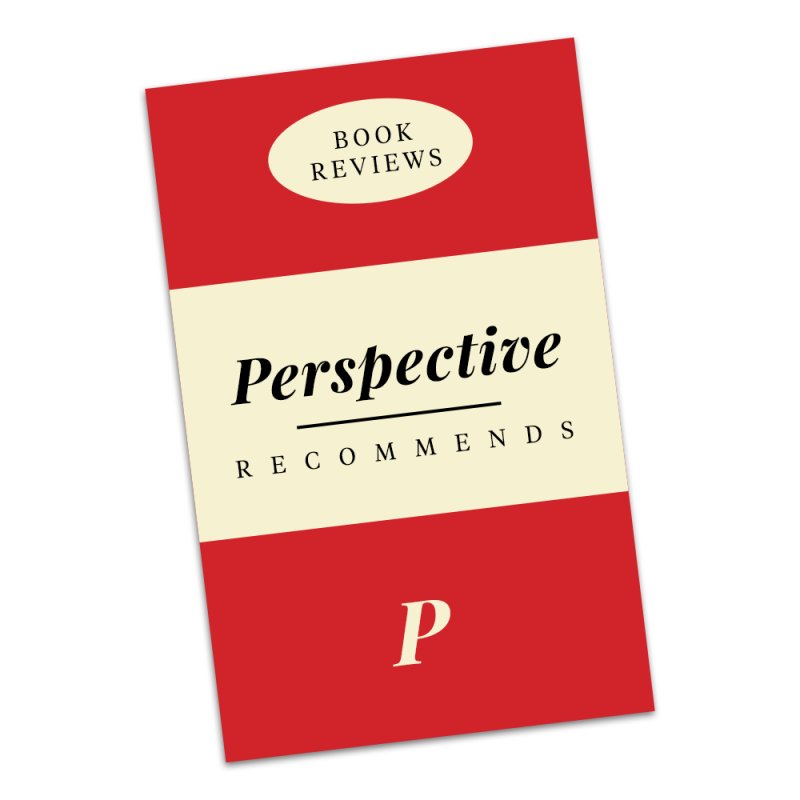