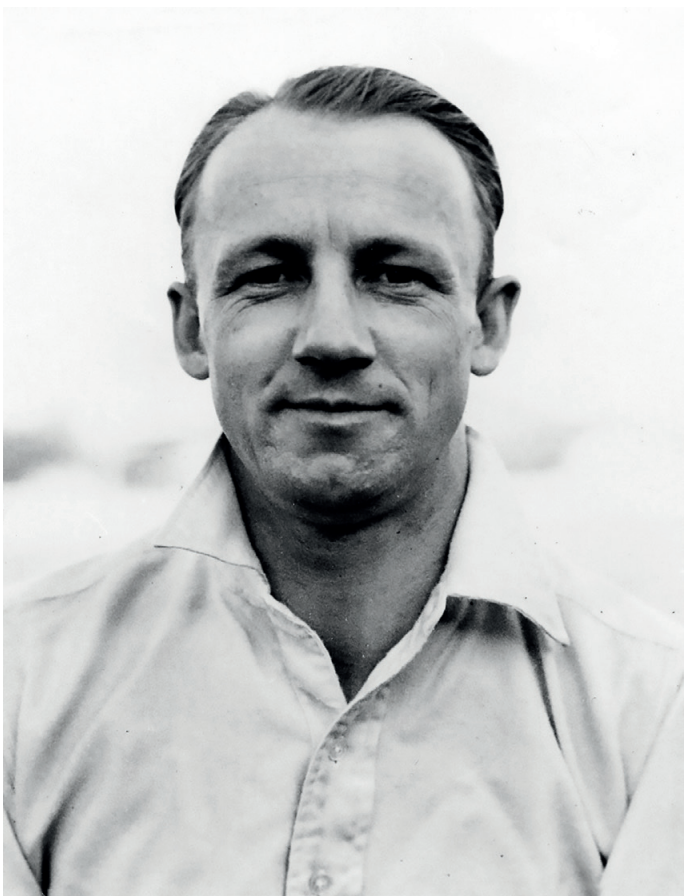 Arguably more than most major sports, cricket has undergone huge changes and variations of format over the  last 50 years, mostly aimed at increasing its global popularity. At professional level, the three-day County and five-day Test match formats have been around forever, or at least what must seem like forever to outsiders. For some, the five-day format has always been too long. Five days for one match? And with frequent stops for bad weather, lunch and tea? (How can any sporting encounter stop for a cup of tea…) It seems incongruous to some that after five long days there still might not be a winner – or that the match can finish as a draw. And you can see their point.

One-day, top-level matches arrived in the early 1970s, with the overs per side fluctuating between 60 and 40 for a while before settling on the current 50 overs format. It was a huge success from the off, and since then further limited-over formats have been introduced. Although the names of these formats have changed along the way, there are now both twenty and ten overs-per-side cricket matches, both big-hitting, pacey and far too exciting for anyone to even dream of slipping away for a cuppa. And the added benefit of short-form cricket, in both the men’s and women’s games, is that it has brought many more nations into the sport at both club and international level. This has also meant millions more television spectators in countries around the world.

Some of this increased spectator effect has also impacted favourably on five-day Test match cricket, which remains the Big Daddy of the game. More viewers across the globe are setting their alarms so they can tune in to Test matches even in the early hours. For the newly converted, the subtleties and intricacies of the extended game might not bring the instant gratification of Big Bash cricket. But once the tactical manoeuvring and subtleties are fully grasped, and the variations in play and fortune experienced, those five days can slip by in what feels like a moment, leaving spectators exhausted by the tension and excitement, and seeking something stronger than a restorative cup of tea.

For cricket fans in England and Australia – and for many neutrals too – the ultimate Test match challenge is the battle for the Ashes. It’s usually fought out between the two nations at least every two years and the 2021-22 series is once more getting under way Down Under this month. The Ashes urn, made of terracotta and about 10.5 cm tall, is the unofficial winners’ trophy of each five-match series. The romantic story of its origins dates back to the 1880s and it is said to contain the ashes of a burnt cricket bail. Unofficial it may be, but the battle to win it is one of the most fiercely fought in world sport, and the subsequent celebrations by winning players and their supporters are the most joyous.

Many of cricket’s greatest ever players have contributed to the glorious Ashes story. Arguably the greatest batsman of them all (so far) is the Australian, Sir Donald Bradman, aka The Don, who holds the record for the most runs, a massive 5,028; the leading wicket taker is another Australian great, Shane Warne, with 195. The fascinating details of each of these closely-fought and clearly-won series illuminate the pages of many books, and the individual skirmishes between batters and bowlers are the stuff of legend.

While it would be impossible and unfair to try and list the greatest matches or greatest players, many players and fans will readily share a “greatest moment”. The 1993 Ashes series was played in England with the first test at Old Trafford. Shane Warne was not yet a legend of the game and was making his Ashes debut. In his first over, with his first ball, Warne bowled out Mike Gatting with what was to become known as the “Ball of the Century”. Warne, a legspinner, delivered a leg-break to the wary and experienced right-hander. The spinning ball moved through the air, travelling to the right, and pitched several inches outside Gatting’s leg stump – but then broke so dramatically to the left that it deceived the batsman completely, passed the outside edge of his thrust-forward bat, and clipped the top of his off stump, removing the bail. A stunned Gatting stared at the pitch in disbelief for several seconds before walking off. It was a magical, almost unbelievable cricket moment, just one of so many throughout Ashes history.

To date there have been 71 Ashes series. Australia have won 33, England 32, and six series have been drawn. Who knows – as the 72nd series progresses this December and January, we may get to see the ball, or the shot, of the twenty-first century.

I love football, always have and always will. From that joyous thrill of playing in the park as a kid, when we used jumpers as goalposts while imagining we were turning out at Wembley, to the excitement of being amongst a crowd of 80,000 in the pulsating Bernabéu Stadium for one of the el clásico encounters between Real Madrid and Barcelona (“classic” because these two clubs are seen as the absolute pinnacle of the game in Spain). Football is a great sport, in my opinion the greatest sport ever conceived. And I’m pretty sure that in any worldwide poll most sport fans across the globe would agree with me.

But here’s a sporting conundrum: is there now too much football at the highest level for even the most devoted of fans, and more importantly, for the players themselves? The fledgling Premier League season is a prime example of what needs fixing. It kicked off just a couple of weeks after the conclusion of a tremendous European Championship, with players from Europe’s top footballing nations returning to their clubs after barely a break. Some were carrying injuries, others, having played in every round up to the final stages of the tournament, were given extended breaks. Then, after three Premier League rounds of matches, with most players finally back in action, the season came to a juddering halt for a further international break – this time World Cup qualifying matches. Off went the top players, including the Premier League’s South American and Asian contingent, to turn out twice more for their national teams. Then it was back to their clubs to restart, injuries permitting, the domestic season. At last, it was finally and fully under way – wasn’t it? Football fans will know the answer to that one, as after just three further rounds of matches it was stop again for yet another batch of World Cup qualifiers.

It all means that the Premier League – and it’s the same for top leagues worldwide – has developed no flow or rhythm, with supporters frustrated and club sides struggling to fully integrate new players or build momentum as the season unfolds. Players are, understandably, beginning to complain. Real Madrid and Belgium goalkeeper, Thibaut Courtois, is one of those criticising football’s world and European governing bodies, FIFA and UEFA, for treating players like robots and prioritising revenue over player welfare. The former Chelsea stopper was speaking after Belgium lost the third-place play-off to Italy in the UEFA Nations League – a four-nation tournament. He described the match as “pointless”, with both teams resting players and Belgium unable to field its stars, Eden Hazard and Romelu Lukaku, due to muscle fatigue. After the match Courtois said it had been “just a money game” and warned that top players will suffer increasing injuries unless given more time off. But with the 2022 World Cup set for the middle of the next European season and FIFA’s head of Global Football Development, Arsène Wenger, already suggesting a biennial World Cup rather than every four years, it looks likely that Courtois’ warning will go unheeded. Even so it’s hard not to agree with the keeper and conclude that we are all getting a little too much of what is otherwise a very good thing.

Despite opposition from a number of top pros, including 2021 PGA winner, Phil Mickelson, those venerable bodies, the Royal and Ancient and the United States Golf Association have decided to introduce a rule giving tournament organisers the right to reduce the maximum length of any club, apart from putters, from 48 to 46 inches. The move is aimed at limiting the distance big hitters can send their golf balls in the modern game, particularly with their tee shots.

Andy Murray adopted an unusual and rarely seen tactic in his match against Carlos Alcaraz in the recent Indian Wells tournament. On a slow court, with Alcaraz standing so far back that even Andy’s strongest and fastest serves were being returned with relative ease, the three-time Grand Slam champion decided to attempt his first competitive, but completely legal, underarm serve. The ball just made it over the net for a surprise ace and Murray went on to win the match.

Just 41 years after finishing second in the 400 meters individual medley at the 1980 Moscow Olympics, British swimmer Sharron Davies looks likely to have her silver medal upgraded to winner’s gold. Davies, now 58, was beaten by another teenager, Petra Schnieder, who has since admitted she was part of a systematic East German doping programme that has left her with long-term health problems. Swimming’s governing body, Fina, is at last looking at historical doping issues and the move could see more medal upgrades for British swimmers, including further gold for the women’s 4×100 medley relay team. 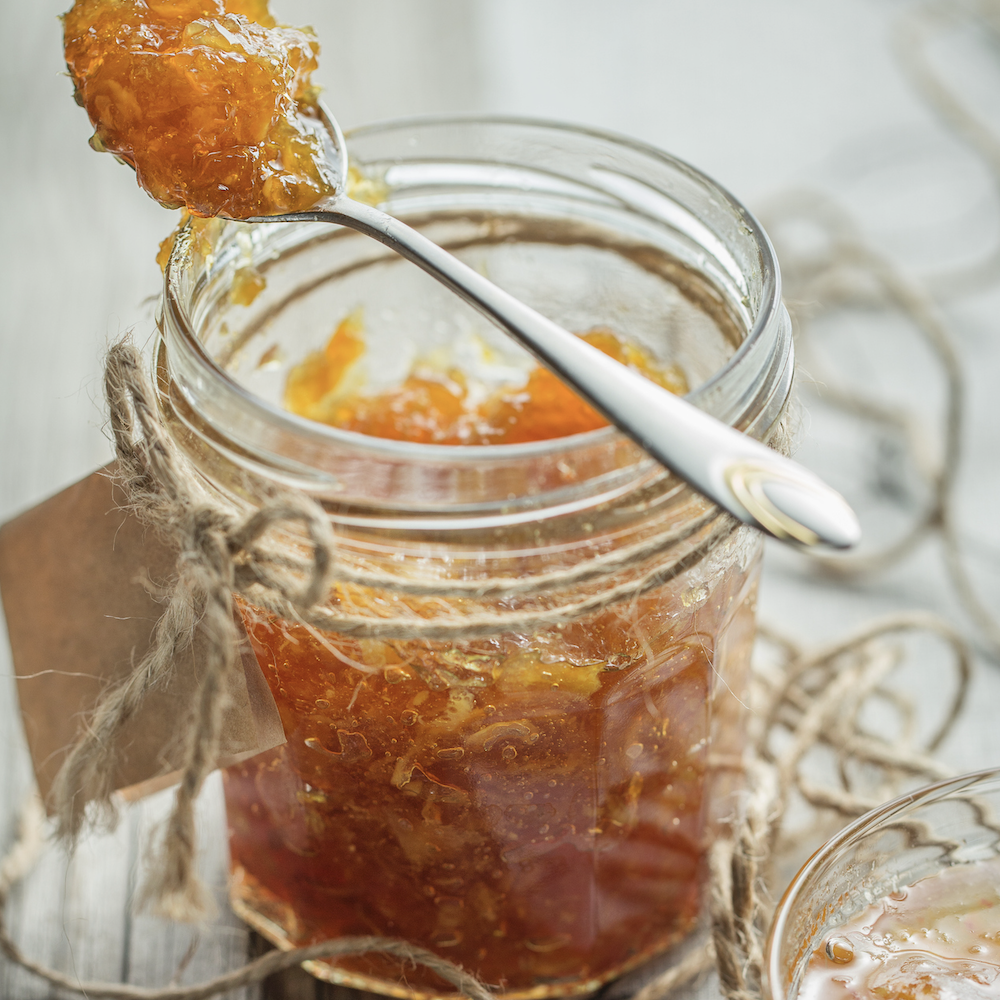 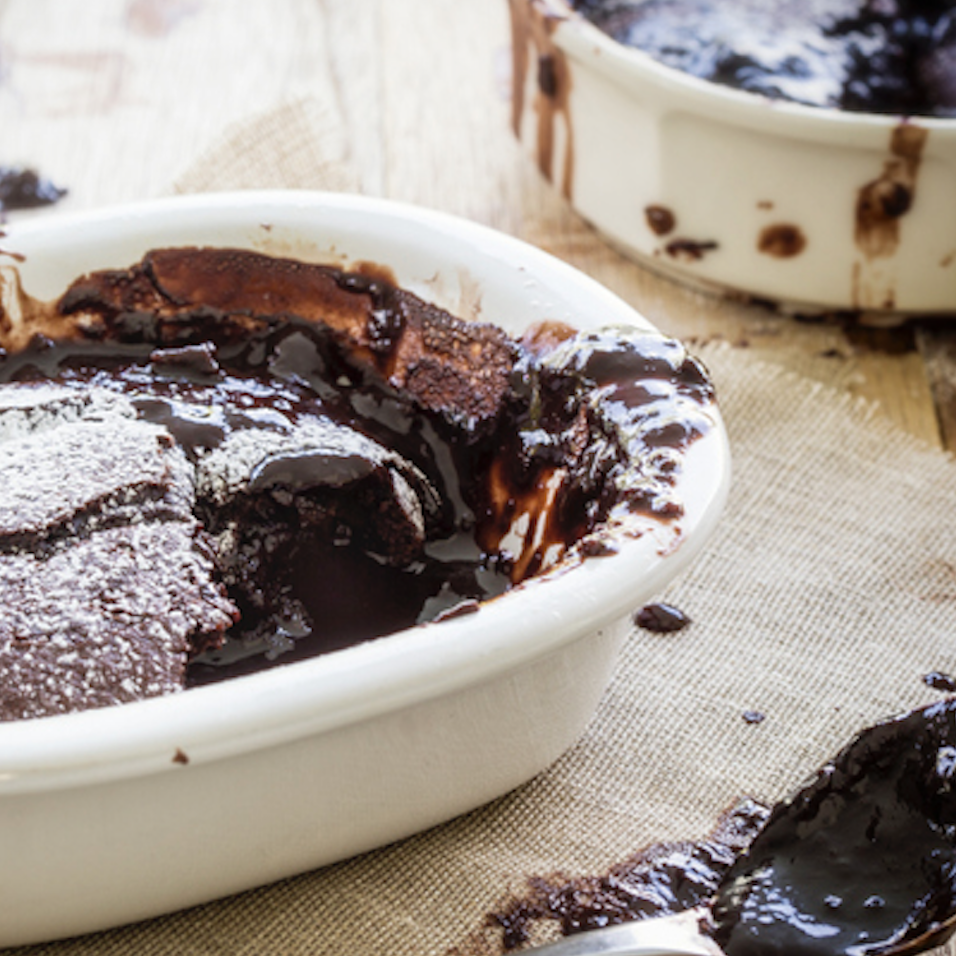 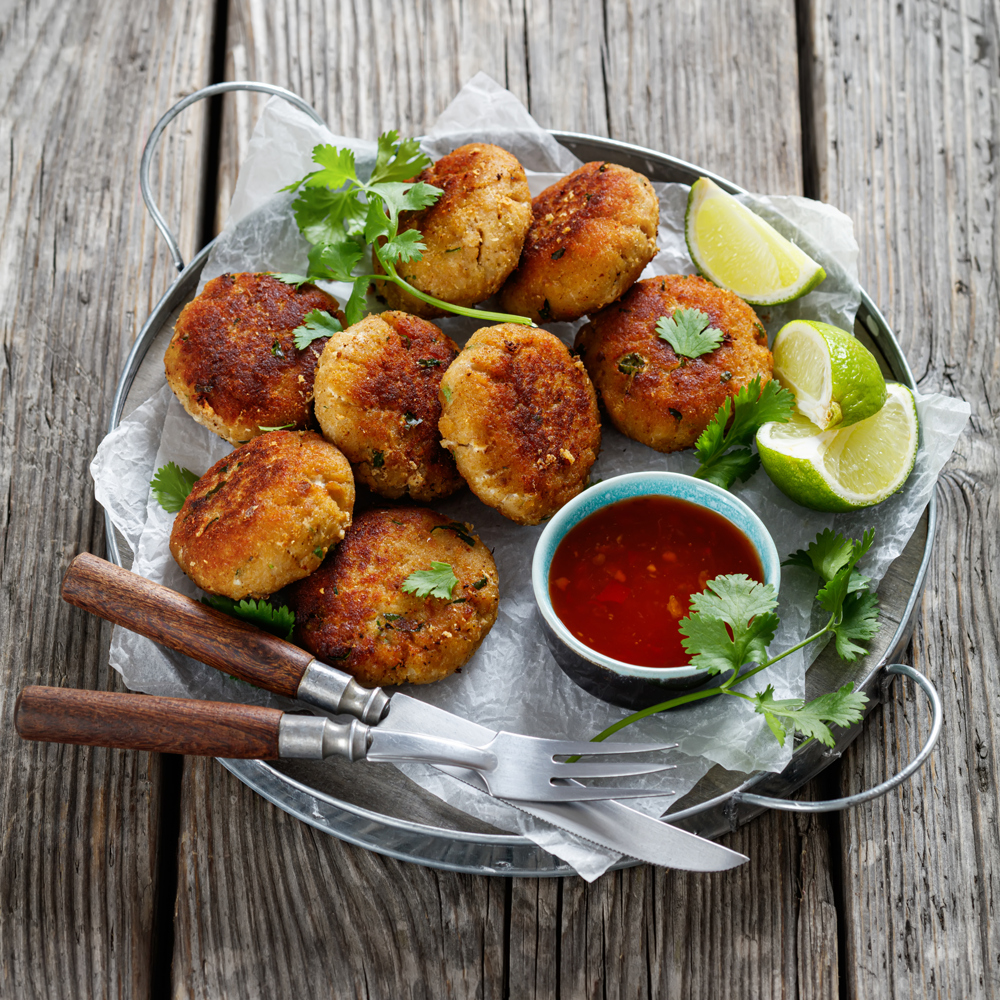 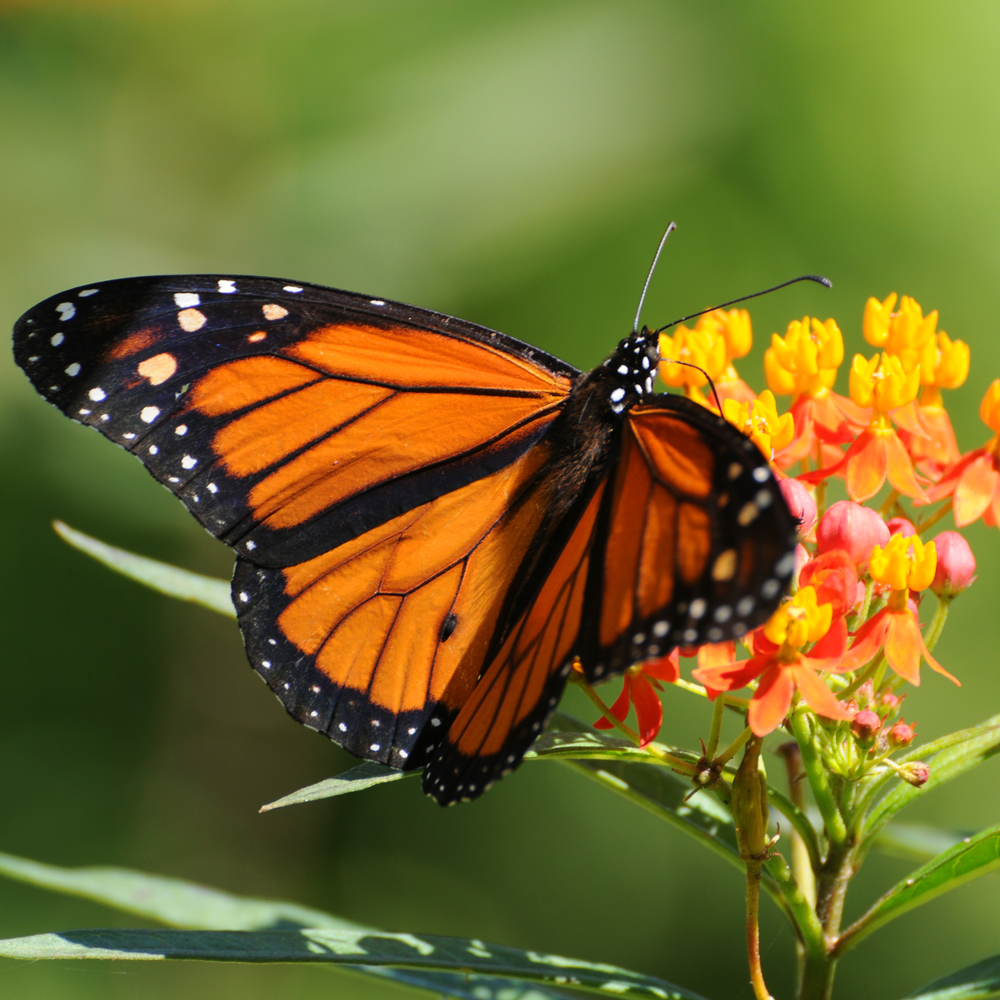