Five key issues for the Government to focus on 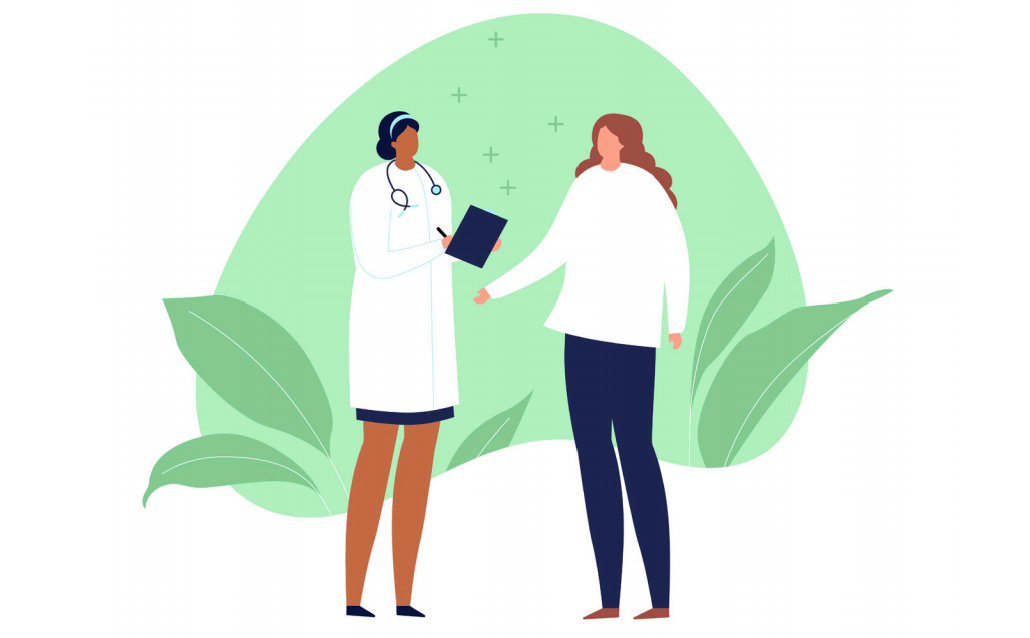 It has, beyond any doubt, been a twelve-month period unprecedented in modern times. The UK was still reeling from the multiple consequences of actually leaving the European Union – some of those consequences were anticipated, while others apparently came as an unexpected and unpleasant shock to even our elected leaders – when the Covid-19 pandemic struck, swiftly and remorselessly claiming more than 120,000 UK victims. That figure is still rising, though thankfully slowing dramatically, as the NHS vaccination programme proceeds speedily from the elderly and most vulnerable through to every generation of the population. Life and the way we live our lives, however, has changed for all of us, from youngest to oldest, from the classroom to the care home – quite literally now, from the cradle to the grave.

Some of those lifestyle changes will be straightforwardly addressed and in those areas we will return to a close approximation of the old normality, or of “how it used to be”, if not exactly to how it was before the pandemic. Other changes are likely to be more permanent and dealing with those will be a massive challenge to the current government and to governments that follow. The pandemic has been enormously costly, in both human terms and to the economy. We all appreciate that money is tighter now than before the pandemic, but we also know that if the nation is to thrive again money must be found to tackle the most serious problems.

And it isn’t just about money; coronavirus has spurred many of us to think seriously about what is truly important in life and to consider exactly what kind of world we want to live in and our children to inherit. For this survey, rather than ask for answers to questions on a specific subject, Perspective asked those surveyed to tell us what they consider are the five key issues the Government should be focusing most on now.

The answers that came back were many and varied, particularly between different age groups. But the five issues selected most frequently stood out clearly, and were chosen far more often than any other issue mentioned. And as to the most important issue of all, the matter requiring the most urgent attention? The numbers were remarkably close with the top five all collecting between 65% and 74% of the votes.

Perhaps least surprising of all the figures collected was the fact that “Health and the provision of healthcare services” was chosen as the most important issue for government focus by the largest number of those surveyed, with almost three-quarters, 74%, listing it in their top five. But as also might be expected, it is an issue that appears to grow in importance as we get older, with 89% of Traditionals listing it in their top five. Numbers then slide steadily down through the generations until, at the opposite end of the age spectrum, just 55% of the Z Generation listed it in their top five.

The age difference picture is apparent in other issues, too. For example, on the question of the environment, which 71% listed as one of their top five issues for urgent attention, the generation split revealed the opposite trend to Health. The younger end of the generation spread were much more concerned about the issue than older groups. A full 88% of the Z Generation and an impressive 79% listed it in their top five, whilst just 55% of Traditionals and 58% of Baby Boomers did likewise. 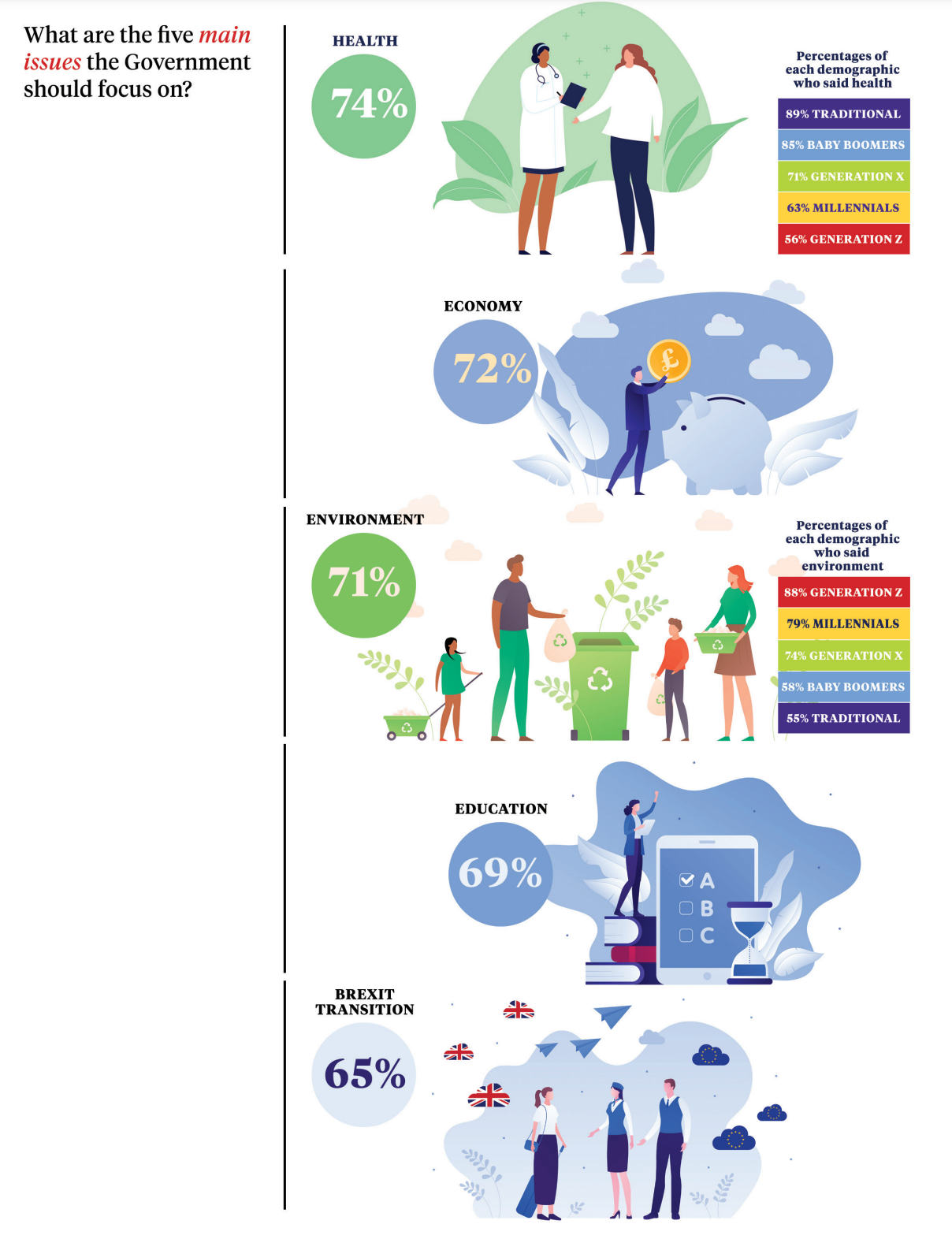 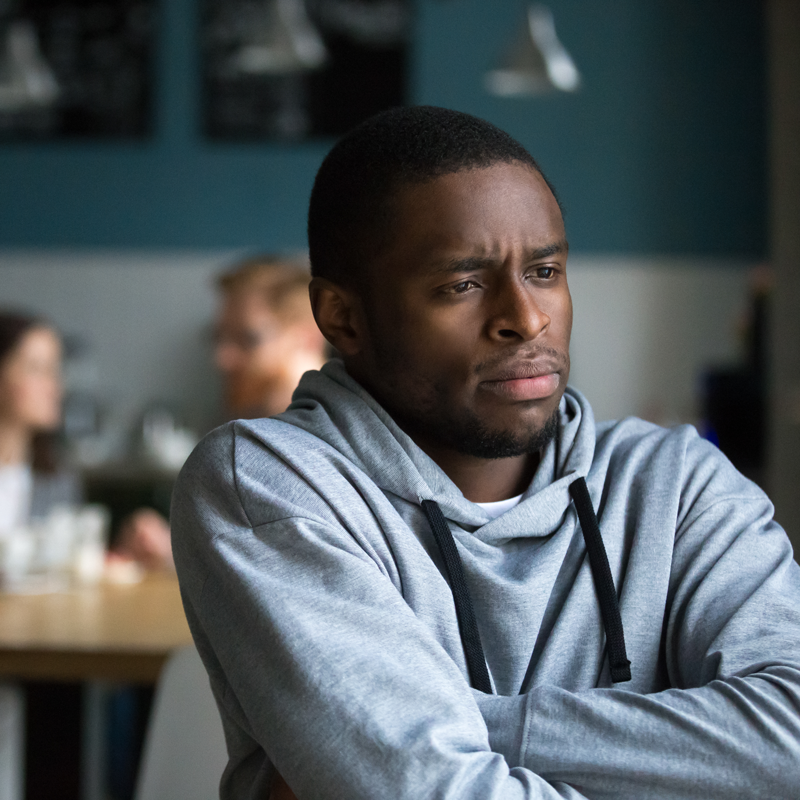 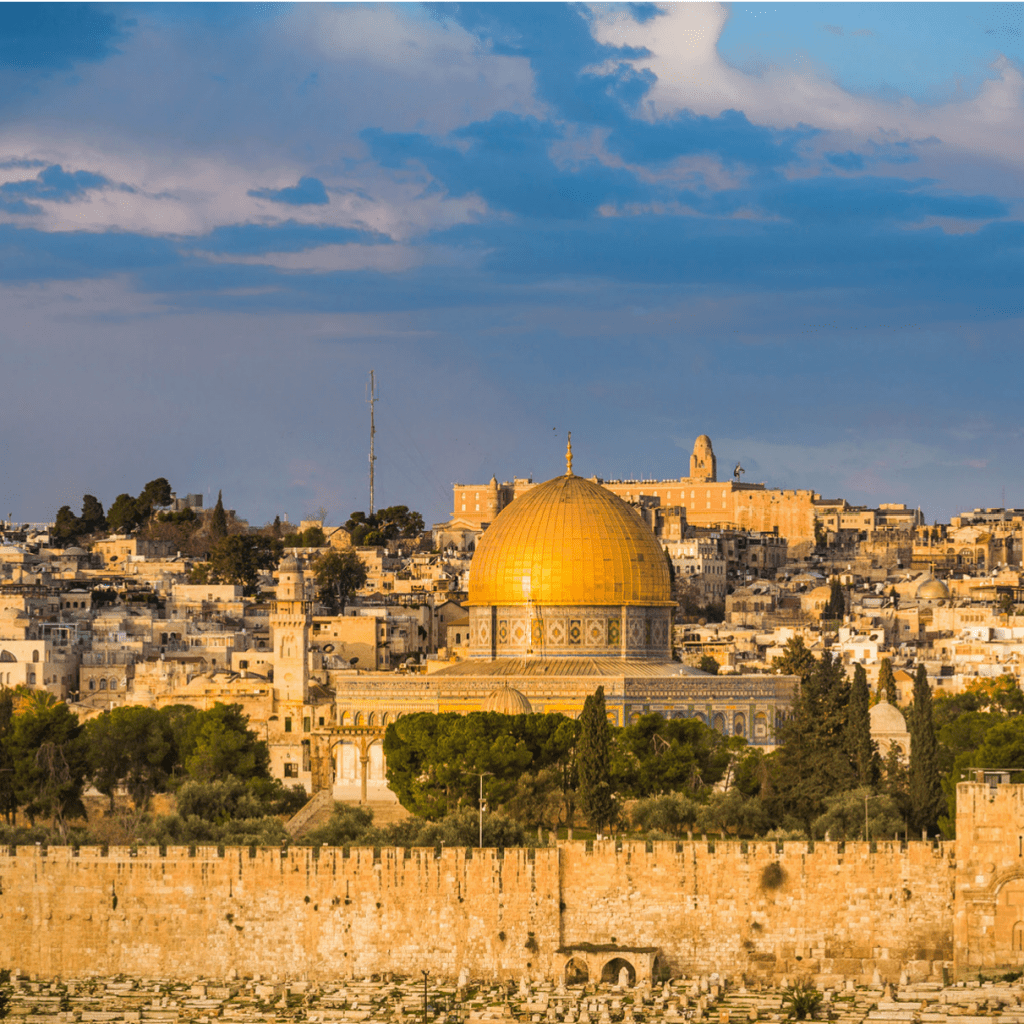 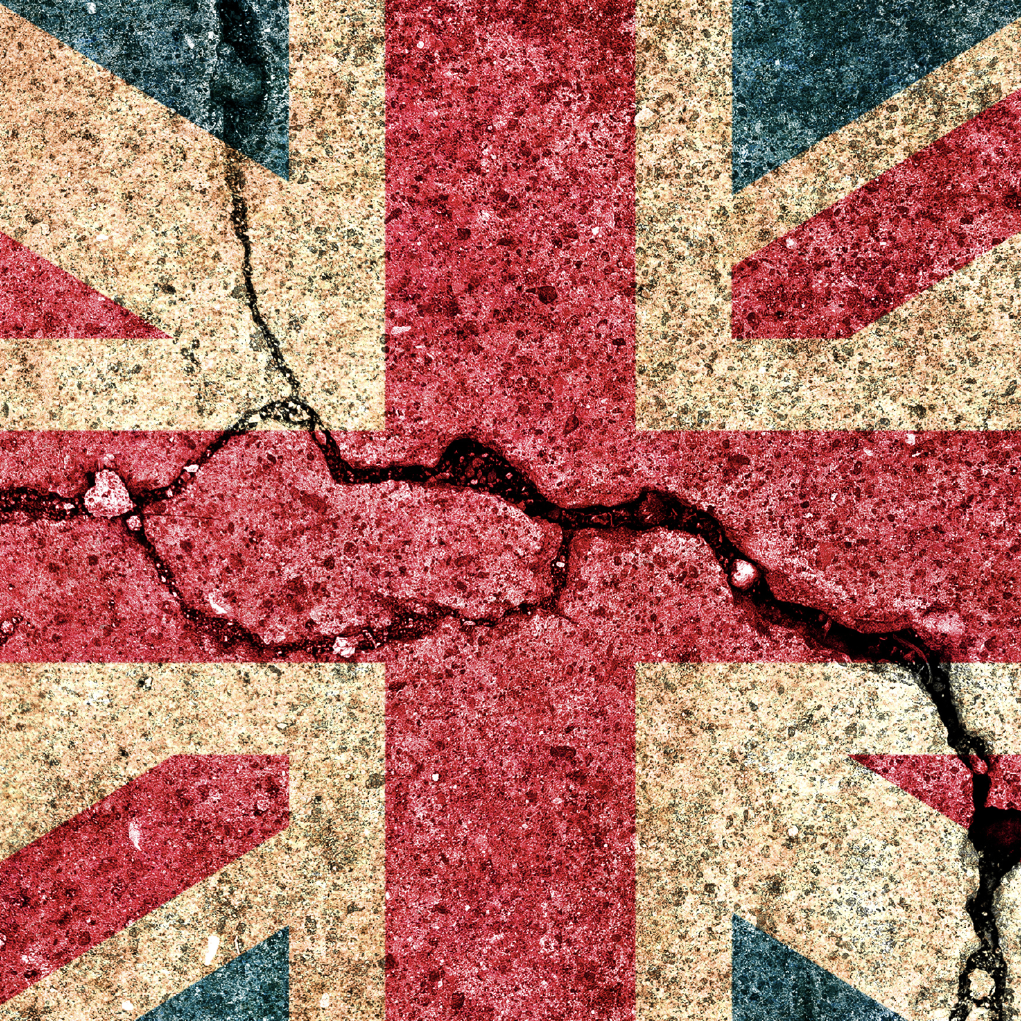