We all live in a brilliant abyss

It’s not too late to save the deep ocean, says Helen Scales 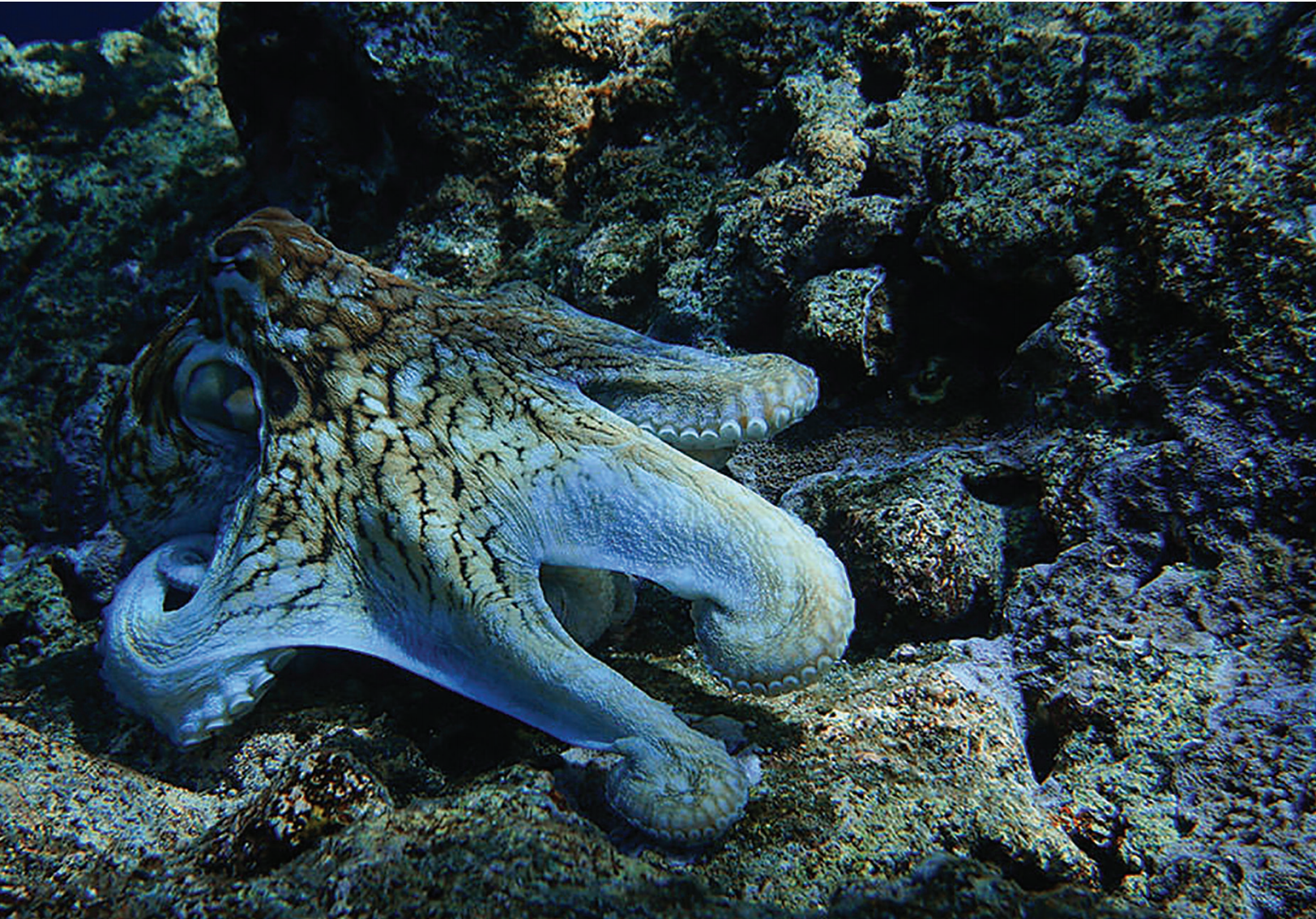 An octopus creeps across rocks in search of food, 600m under water in the Pacific’s Agrihan Island reef

It’s two in the morning and I’m wide awake watching an octopus hunting for something to eat. The live video feed on my laptop shows a pale, pimpled cephalopod creeping across some rocks and reaching an arm into a row of holes. Nothing in this one; the next hole’s also empty; nothing after that either. It glides over to a larger hole, squeezes in its whole body, then puffs the web of skin between its arms like a billowing skirt. Something squirms underneath and the octopus gets a snack, although I can’t see what it has caught.

This octopus is on the other side of the world, in the middle of the Pacific Ocean, and more than 600 metres underwater. The footage beams up from a Remote-Operated Vehicle (ROV) transmitting along a cable to a ship at the surface then via satellite link to YouTube. To marine scientists, 180 years ago, the deep-diving, electronic robot would have seemed magically improbable. They were exploring the deep sea by lowering down dredging nets on great long ropes and hauling battered creatures to the surface. They would have been dumbfounded gazing at this octopus as it lingers below what they thought to be life’s lower limit. The cut-off point for living things was generally acknowledged to be 300 fathoms, or around 550 metres. Any deeper and the pressure was considered too high, and light and food too scarce, for anything to survive. Today, it’s well known that life goes all the way to the very bottom of the ocean.

We’re living through a golden era of science in the deep sea – waters below the 200-metre mark that plunge to an average of four kilometres and a maximum just shy of eleven kilometres. Technologies like ROVs and fleets of untethered, self-steering robots are uncovering ever more secrets of this watery underworld, which comprises the single biggest portion of the earth’s biosphere. At least 95 per cent of the space available for living things to occupy is deep ocean, a volume of roughly a billion cubic kilometres. If we want to understand and know life on earth, we have to look to the deep.

Even so, we air-breathing, land-dwelling humans still tend to set ourselves apart from this critical yet hidden realm. We gasp in delight and wonder at spectacular footage of deep-sea creatures: glowing sharks, yeti crabs that farm microbes in their fuzzy arms and exquisite jelly creatures suspended like animated chandeliers. Such curiosities are commonly labelled as alien and other, when what we need to be doing is celebrating the fact that we’re all united together as inhabitants of this one vibrant, sprawling, living planet of ours.

Life in the deep doesn’t stay put or keep to itself. There is a restless toing and froing as animals from the twilight zone, down to one thousand metres, embark on a journey skywards. Countless billions of sparkling lanternfish swim to the surface at night, to feed under the cover of darkness. They’re joined by migrating squid and shrimp and hordes of twitching, tiny zooplankton. Before sunrise they all flee back down, taking with them nutrients and energy from the shallows, which they release into deeper parts of the ecosystem as they shit, get eaten and die.

Many beloved creatures associated with surface seas routinely dive a long way down to hunt. Sperm whales spend three quarters of their lives chasing squid through the twilight zone. Leatherback turtles, sunfish and tuna are regular visitors to the deep. Even those quintessential tropical dwellers, whale sharks, have been filmed cruising in chilly depths 1,900 metres down, although why they go remains a mystery.

Gravity brings cascades of food into the deep. Flakes of marine snow trickle down, made of the clumped remains of shallow plankton. Snow-catching and snow-shovelling creatures depend on this gentle shower, among them vampire squid and swimming sea cucumbers, sometimes known as headless chicken monsters.

Connections to the deep reach even further. Out on land, trees form the basis for entire ecosystems hopping with insects, birds and squirrels. Sometimes these woody giants will topple and float along rivers and out to sea, eventually falling into the abyss where they nurture a second oasis of life. A specialised troop of deep-sea animals — clams and snails, starfish and worms — have evolved a strategy of waiting patiently for wood to come along.

Connections with the deep also run in directions other than straight down. Nutrients well up from the deep, feeding into ecosystems and important fisheries An octopus creeps across rocks in search of food, 600m under water in the Pacific’s Agrihan Island reef at the surface. Heat also moves through the deep ocean in critical ways. Already, the vast volume of the ocean has absorbed around 90 per cent of the excess heat trapped on earth by humanity’s greenhouse gas emissions, preventing what would otherwise be a 30 degrees Celsius rise in air temperature. Rivers of cold seawater wind slowly through the deep, driving a global circulation that distributes heat and makes much of our world habitable. Quite simply, if the earth didn’t have its cloak of water, life as we now know it would be impossible.

What happens in the deep ocean matters to us all. But for a long time people have assumed it to be so vast, so remote, so empty and disconnected that it’s of no consequence to us and, what’s more, that it lies beyond the reach of human impacts. For decades in the mid-twentieth century the deep was used as a dumping ground for many of humanity’s worst pollutants. The practice has since been banned but the dump sites for nuclear waste and rotting chemical weapons remain alarmingly unmapped.

Deliberate dumping has been replaced by a rain of pollutants and plastics, making parts of our remotest waters more contaminated than anywhere else on earth. Fishing industries push ever deeper because surface populations have been overfished. Mining companies are seeking to open the world’s first seabed mines, an enterprise that risks making new, undoable mistakes in the unseeable deep.

The good news is that it’s not too late for the deep ocean. Humanity stands at the point of making critical decisions about how the planet’s precious resources are used and protected. There is an option to leave the deep alone. To do that will take great efforts to stop pollution pouring off the land and rising into the skies, to make fishing in shallower seas truly sustainable, and to find ways to mine on land without causing human and environmental ruin – things that must happen anyway. If all that can be done, there will be no need to exploit the deep, and those far-reaching connections could stay intact.

It’s an idea that wanders through my mind as I watch that deep-sea octopus going about its day, in the early hours of my own. I switch the video feed to the auxiliary camera that looks down from above and a sense of scale floods my screen. A puddle of light illuminates the sea floor, where the octopus is now too small to make out and everything else is black. I can’t help pondering what other creatures are hiding in the dark deep and how they too are connected to the rest of us, even though I’ll almost certainly never get to see them.

The truth about deep-sea mining

A substantial part of the plans to mine the deep seabed – which could begin within a few years – involves hiding the truth. Some state led companies are busy prospecting the deep sea while saying as little about their operations as they can get away with. Commercially-minded entities hide behind the baseless statements of aspirational marketing to reassure the public – and most importantly investors – that deep-sea mining is a good idea.

One prominent mining corporation, The Metals Company, recently unveiled plans for their equipment as imagined by the architecture firm BIG-Bjarke Ingels Group, designers noted for such projects as a Nordic ski slope built into the roof of a municipal waste incinerator. Their seabed mining machine is hidden under a stylish, sleek white helmet, which would itself be hidden beneath thousands of metres of pitch-black ocean.

A graphic from The Metals Company website, extolling the environmental virtues of deep-sea mining

The Metals Company and many other corporations plan to exploit metal-rich nodules that lie scattered across abyssal plains like lumps of coal. Elsewhere, prospective deep-sea miners are eyeing up the metallic crusts on enormous underwater mountains and the black smoker chimneys of hydrothermal vents. All three deposits form habitats for unique species, from scalyfoot snails with peculiar iron-clad shells, to ghostly octopuses that fix their eggs, to sponges growing on abyssal nodules, and corals that live for millennia.

Many companies claim seabed mining is better for the environment than land-based mines. The truth is that it’s impossible to gauge the full impacts, although scientists already predict dire consequences for the deep. There are big, troubling questions such as how much mining would mess with deep carbon stores and worsen climate change. Each individual mine – there will be dozens – will likely excavate hundreds of square kilometres of seabed every year, operating non-stop for decades. Besides destroying habitats and species, great plumes of gritty sediments will smother midwater animals that underpin food webs and valuable fisheries. Deafening noise pollution will resound far and wide.

Another frequently-made claim is that deep-sea metals are critical for greening global economies, especially for manufacturing electric car batteries. Yet several leading car manufacturers have backed calls for a global moratorium on seabed mining and others are developing technologies that won’t rely on the metallic elements found in the deep, such as cobalt.

The biggest truth about the deep seabed, one that stays well hidden, is that it belongs to us all. The seabed in regions beyond national waters, an area covering half the planet, is officially the common heritage of humanity. This notion has come to mean much more than fiscal riches: it’s the tangible and intangible benefits we all share from a healthy seabed.

Those of us alive today face a choice of what to pass on to future generations whose claim to this common heritage is arguably greater than our own. It could be a world where industrialisation was allowed to expand into some of the least spoilt parts of the planet. Or we could gather together the materials we really need, reclaiming and recycling from machines already built and thrown away – extracting the rest as carefully as possible from the deposits available on land. And we could resist a giant global experiment of mining the deep with dark outcomes that nobody can truly predict. 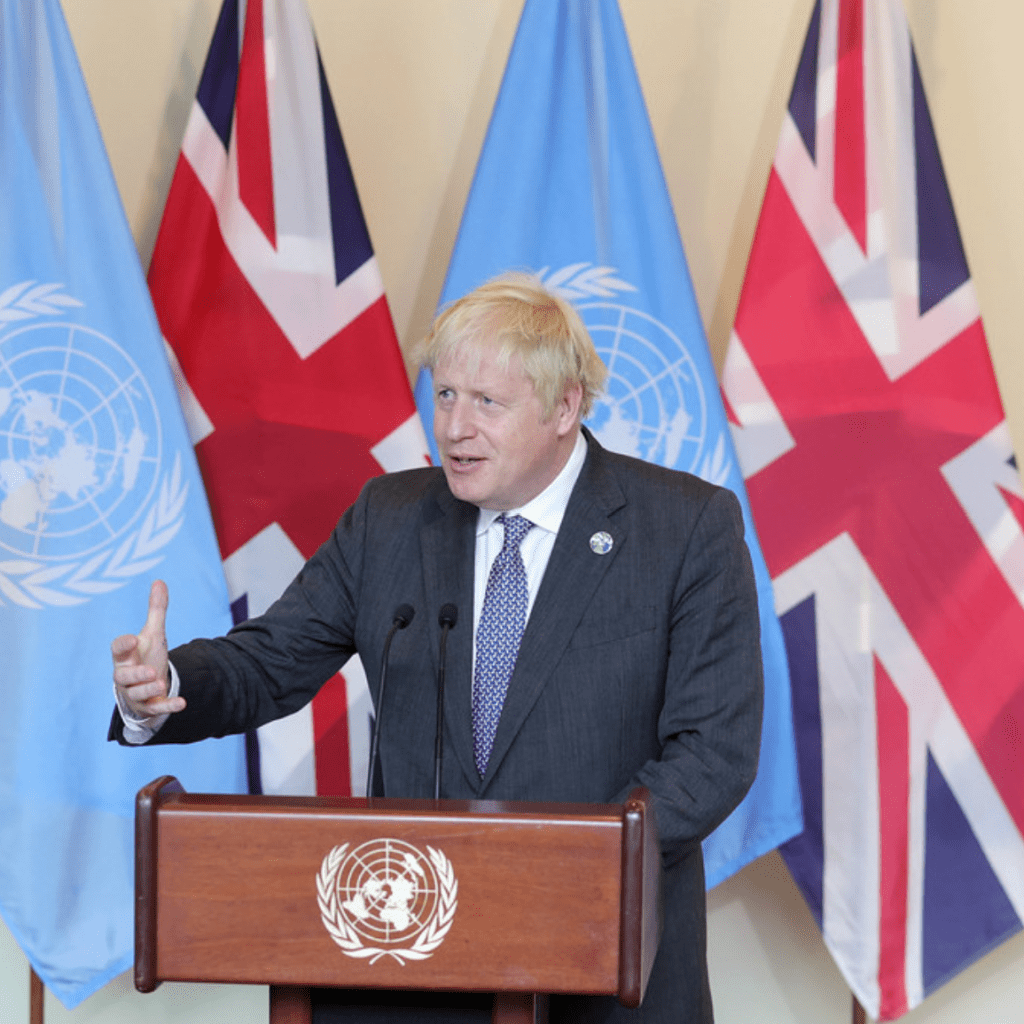 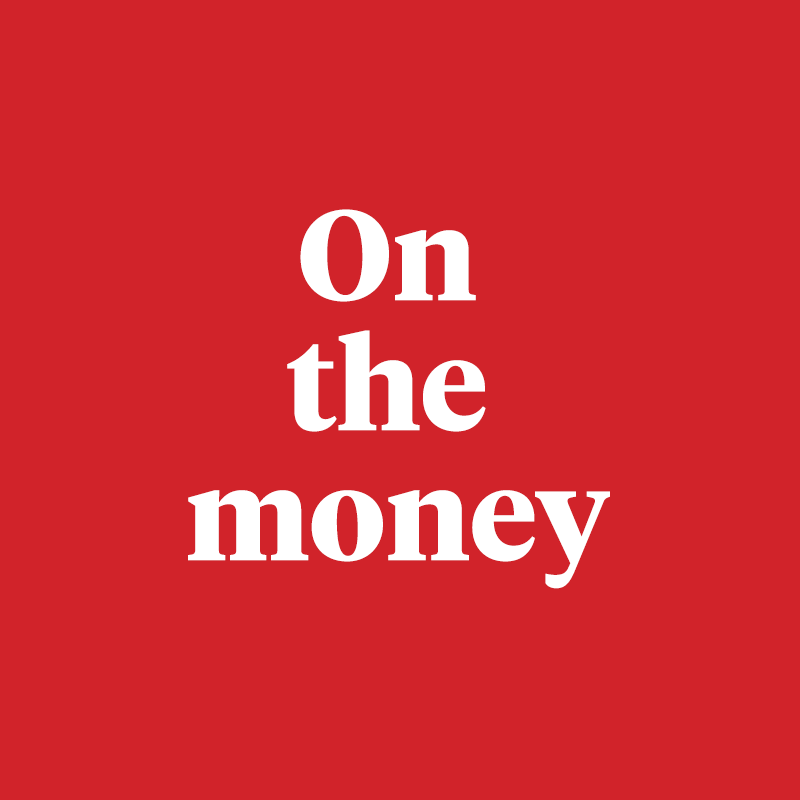 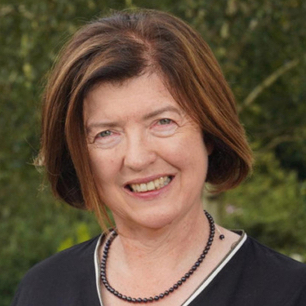 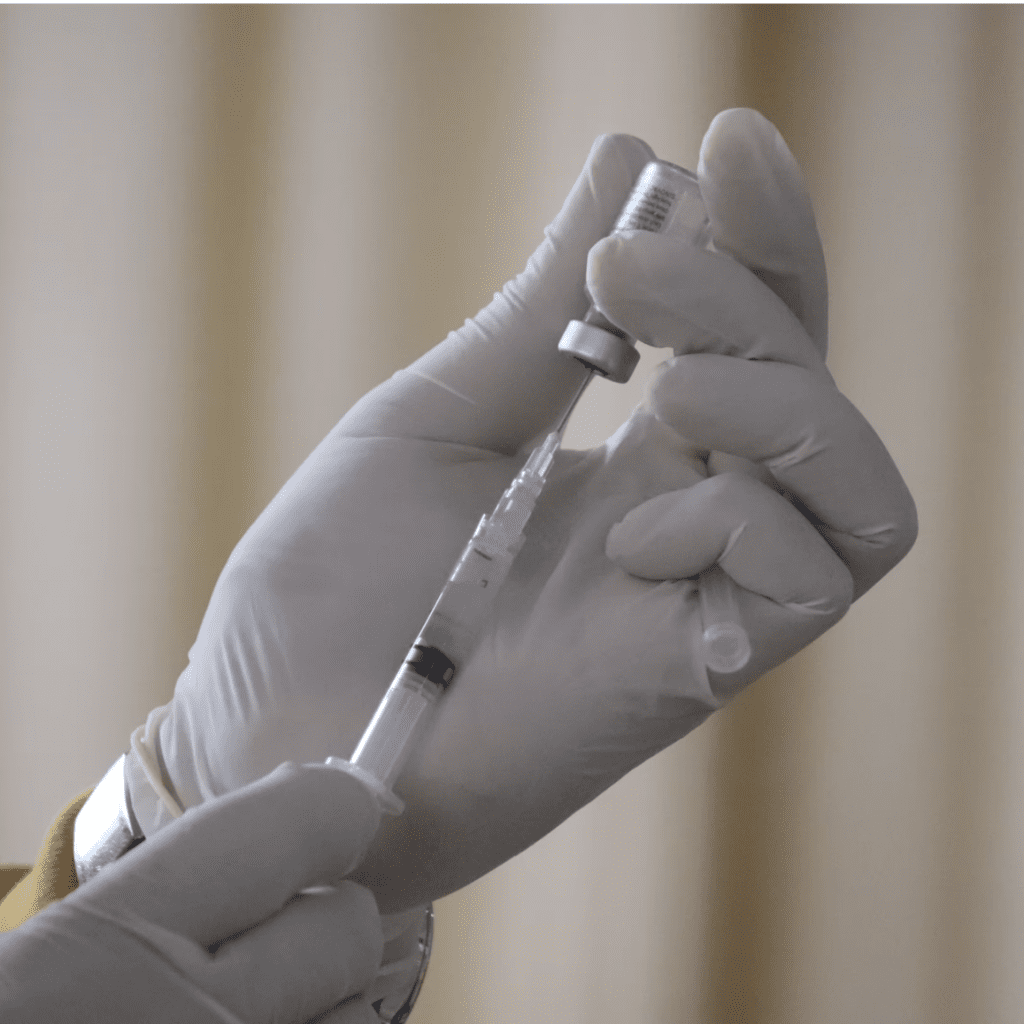