Riding the underbelly of our cruel new world 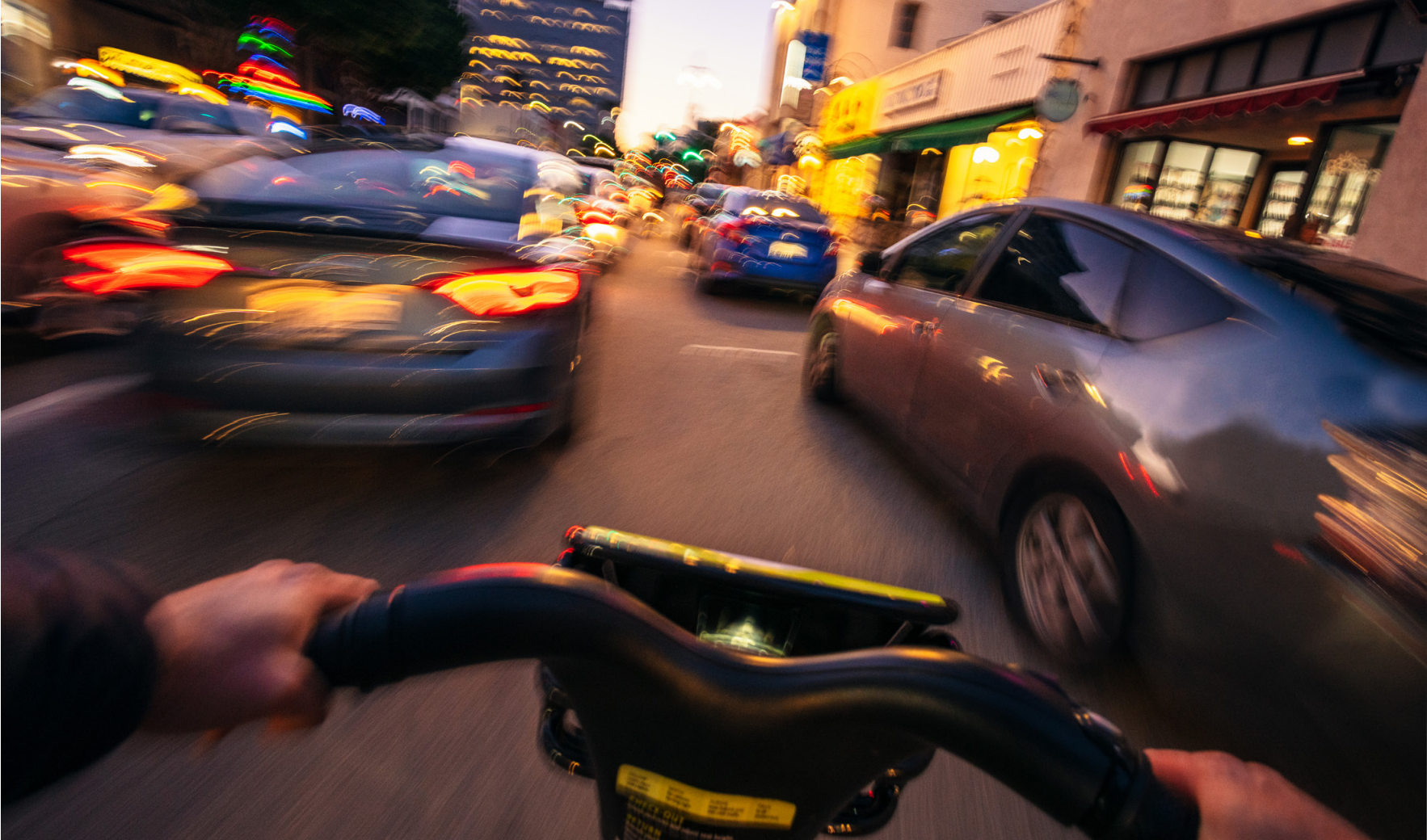 Anyone who has ridden a bicycle in a modern city knows the feeling that comes with it: of existential erasure and imminent mortal danger. Trucks and cars speeding and swerving, broken glass, broken pavement, trash piles, car doors flung open, pedestrians suddenly stepping into the street. Even short rides can be death-defying. All make clear that the city wasn’t built for you.

But because a bike can cover ground more quickly than walking, two wheels can take us below the surface, especially outside the confines of today’s curated, pedestrian-friendly city centres, into the deeper warp and woof of the urban fabric. A bicycle is a keen diagnostic instrument; it reveals, in inverse proportion to its low status on the road, the intentions of the modern city’s masters – who have directed tens of billions of public monies into shaping cities, with uneven consequences for those who live in them.

Car-dominated Los Angeles, where I live, is rightly thought of as unfriendly to pedestrians and cyclists alike. And yet the vast megalopolis has an infinity of asphalt and concrete to explore and there is no better way to do it than on two wheels – provided you have a sturdy helmet and some time. Getting to the beach for a swim from my home, close to the city centre, is about twenty miles as the crow, or the freeway driver, flies, but closer to 35 miles pushing pedals: zigzagging through two dozen different communities, using side roads, arterials, boulevards, railroad set-asides, levees, and occasional stretches of desultory bike paths. This is called “taking the surface” here – as if we lived on a Blade Runner set, where there’s smooth prosperity in the Offworld of the freeway system above, and a choppy, uncertain, downwardly mobile, urban sea of “surface” streets below.

Passing south of Downtown with its office towers and luxury condominiums, a cyclist enters square miles of gritty industrial grids: warehouses, factories, parking lots, alleys and streets. The moving red blood cells in this circulatory system are trucks: engines revving, brakes screeching, exhaust belching, jostling to get on and off the concrete tangles of viaducts and freeways snaking overhead – which are always already, as the philosophers say, jammed with other vehicles.

Gradually, the industrial zones alternate with older, residential towns: grids of bungalows with lawns and flowers, shaded by ficus and palm trees. Built a century ago, for a skilled and exclusively white workforce, they are now mostly home to immigrants from Asia and Latin America, with multiple generations inhabiting single family houses, working lower-skilled jobs, located far away. So, parked cars are everywhere, crowding the streets and chock-a-block on lawns and front yards. Once connected to one another, these neighbourhoods are now islands, surrounded by freeways – in effect sundered by them, and from the jobs, education, and shopping that once were integral to them, now requiring long drives, twice-daily, in punishing traffic. They were cut off by “improvements”: massive public investments in infrastructure delivering freeways, aqueducts, power plants and transmission lines, drainage, sewerage, treatment plants and a host of other networks and facilities.

I must say a good word for infrastructure: without it, we couldn’t live in anything but the smallest settlements. As Monty Python’s Life of Brian pointed out, in Biblical Judea: “…apart from the sanitation, medicine, education, wine, public order, irrigation, roads, the freshwater system, and public health, what have the Romans ever done for us?”

Our modern Roman-style infrastructure investments have made our massive conurbations possible, but principally by stoking the “white flight” to the suburbs that hollowed out cities, taking business, jobs, and the tax base with them. What was left behind was unemployment, substandard education, cratering public services, crime and dysfunction. Infrastructure decisions have consequences.

After ten or so miles, I reach an asphalt bike path running along the top of the levee that contains the Los Angeles River. It was encased in concrete in the post-war decades to tame an occasional but deadly flooding threat and so allow maximum property development in its wide floodplain. It is famous for movie car chases, graffiti, and loads of trash, strewn as if flotsam on the beach after a storm. Some of the trash is brought by water, on pulses of rainfall washing out the streets, but most now is brought by the people who live on the riverbanks: the homeless – now to be referred to as “unhoused individuals” – who themselves often feel cast aside by a society that has coldly engineered the disappearance of affordable housing and of living wage work for a vast slice of population. This has led to the rise of new forms of addiction and violence. All are connected to the disconnectedness of our sprawling cities.

More than once on my ride I’m forced to dodge menacing-looking individuals, as well as glass and jagged, blackened rubbish. I ride past oil pump jacks seesawing just feet from houses and schools, injecting their dark poison into the veins of an addicted culture. Refineries loom up in the distance like cities of smoking metal pipes, part of one of the largest petrochemical complexes on the continent – located smack dab in the middle of ten million people’s homes. Soon, LA’s seaport, the fifth largest in the world and the largest in North America, through which 40 per cent of America’s seaborne traffic flows, makes itself felt in a frenzy of trucks, viaducts, clanking railyards and diesel fumes, which now and then swirl into a visible miasma of greasy distortion in the air. Around the port, childhood asthma has reached an order of magnitude that’s higher than anywhere else in the region.

Finally at the beach, I dismount and swim lazily in the harbour, against a backdrop of idling container ships and phalanxes of enormous gantry cranes that load and unload the ships, moving like nightmare dinosaurs or Imperial battle machines from Star Wars. Science fiction comparisons come up here a lot, as it does indeed feel like another world. And it is: a new, crueller one, imagined by neoliberal theorists of a global order based on unregulated trade, an imaginary Utopia of rising tides of cheap stuff magically lifting all boats. Of course, it hasn’t turned out that way. Offshoring our manufacturing exported not just money, but jobs, hollowing out the middle class and the fragile social contract that underpinned widely-shared prosperity during the post-war decades. Like that one, this new economy is itself supported by hundreds of billions in public infrastructure spending. Here at the ports, feverish construction is everywhere.

Several of the trucks I’ve dodged on my ride have had Walmart painted on their sides, along with the retail giant’s famous slogan: “Save Money, Live Better”. As if saving a few dollars on trainers or a TV made in Asia instead of Ohio or the Midlands could make up for the slow dissolution of everything else we care about in the acid bath of globalisation and global warming. Walmart has made the Walton family the richest in the US, and the sixth richest in the world, worth more than $150 billion, estimated (in 2019) to rake in $4 million per hour, or $100 million per day. The numbers are almost certainly higher during this pandemic, which has seen online ordering of cheap stuff from abroad spike to unheard-of levels.

As I swim, I can see row after row of anchored and drifting container ships stuck outside the port, waiting for a berth to unload. In fact, on this day there were 77 gigantic vessels stuck offshore – in all likelihood more than during World War II, when this port was a mainstay of the US Navy’s Pacific fleet.

The same landscapes can be seen all over the world, on the outskirts of our cities – in New York, Paris, Tokyo, Beijing, Lagos, São Paulo, or along the A13 following the Thames from London into Essex. As we debate anew how many billions to spend on infrastructure, and what to spend them on, it’s useful to think about the consequences these decisions have – about the winners and, increasingly, the losers, in a winner-take-all society on a burning planet. Better yet, to see them in person, and see that we all have real skin in the game. Possibly the best way to see it is on a bicycle – but tighten down your helmet and watch out for trucks. 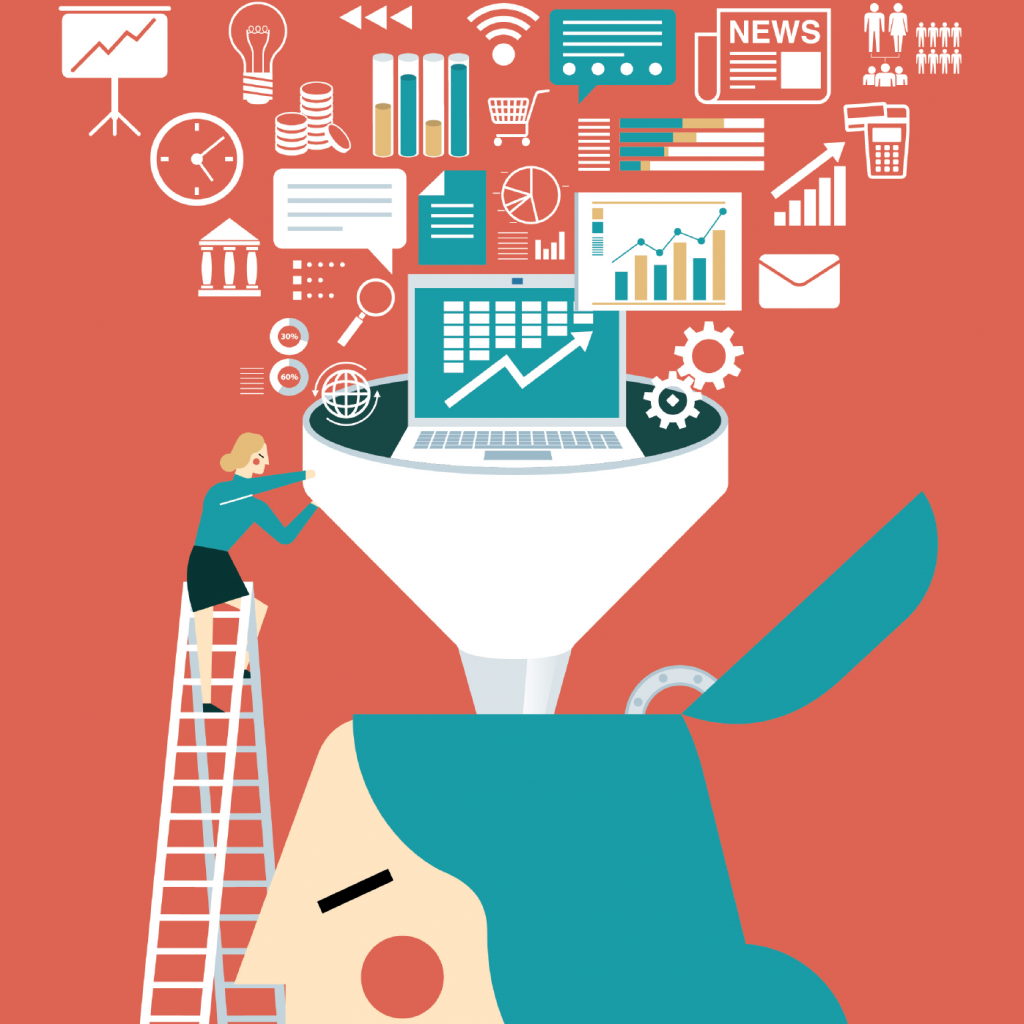 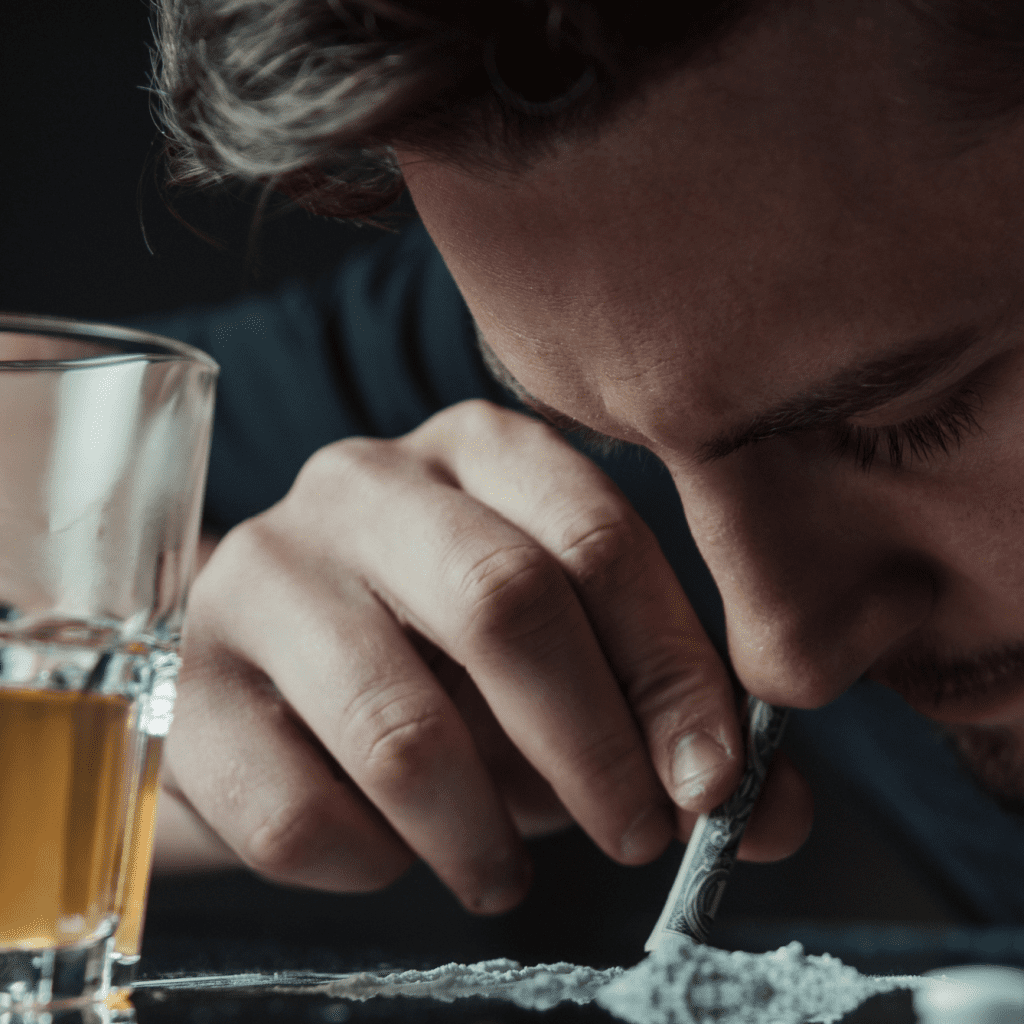