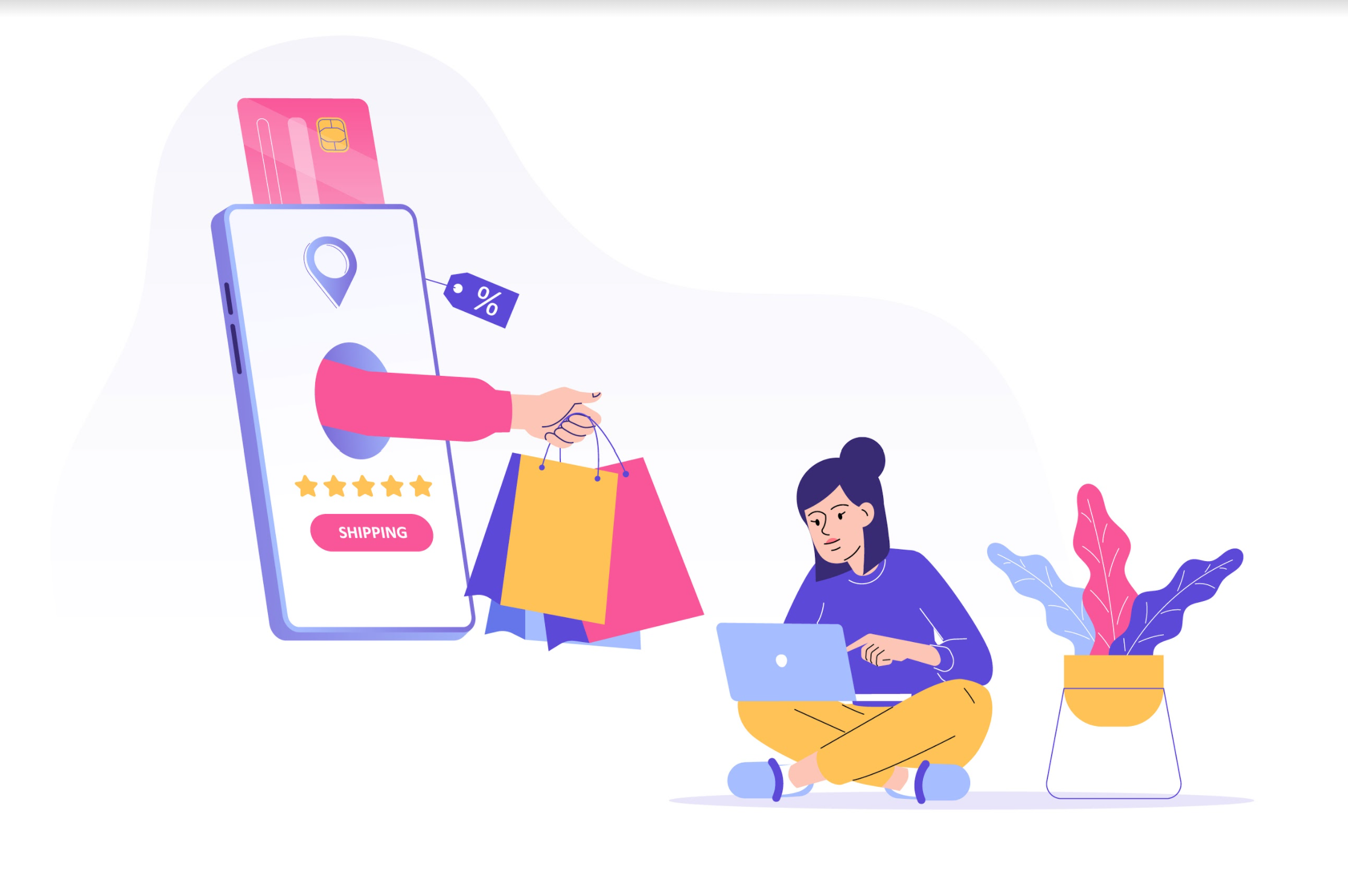 We all now know that post-pandemic, when that day finally dawns, our high streets will never again look as they did before Covid-19 struck. Many familiar and favourite retail giants have already gone – with more to follow – and huge numbers of small independent shops have also closed their doors for the final time. The locked doors of lockdown have hastened the demise of the high street as a retail centre, but the inexorable rise of online shopping means that coronavirus has merely hastened the inevitable. High street stores,
like village stores before them, are bowing to the march of time and progress – it’s just happening sooner than expected.

Although some continue to trade online, major high street casualties over the past twelve months include Carphone Warehouse, Oasis, Laura Ashley, Debenhams and Cath Kidston. And with shop floors silent and empty, online retail sales are booming as never before. Growth in online sales soared from £69.71bn in 2018 to £76.04bn in 2019 to a staggering £99.31bn in 2020, a leap of 30% in the past year alone. In the same year, high-street retail sales fell by 2%, the biggest fall since records began in 1977.

Among the highest online earners is Amazon, a company that has seen UK sales rocket during the pandemic. And Amazon pays just 0.37% of its total UK turnover in tax of any kind, compared to a 2.3% average for high street stores. Amazon, like many of the online heavyweights, is based outside the UK and pays little in the way of corporation tax here.

But change looks to be on the way, a change that may give hope to the dwindling band of high street survivors. Chancellor Rishi Sunak has been urged by stores such as Tesco, Waterstones and Asda to impose a sales tax on online competitors to help “level the playing field”.

Reports suggest that treasury officials have already held talks with some of the online giants amid claims that the extra revenue could help the UK pay off some of its coronavirus borrowing debt. And there could be a double hit for the biggest UK online earners as it has emerged that the Chancellor and his team are also looking at introducing “excessive profits tax” on companies that have seen profits surge as a result of Covid-19.

We went for a simple “Yes” or “No” answer to our single question on this issue, and a substantial majority of our readers, 67%, said “Yes” to online retailers paying more tax on transactions in the UK. Only 16% answered “No”, they should pay the same as now, and a further 12% said they “don’t know.” Perhaps surprisingly, 5% of those surveyed answered “No”, they should pay less tax. But maybe that canny 5% had in mind that if the online retailers are clobbered with a double whammy of not only a sales tax but also an excessive profits tax, those extra costs will be speedily passed on to consumers.

Fewer though may have money to spend. Record numbers of shops, 11,120 in the first half of 2020 alone, are closing, leading to empty stores and deserted high streets, and significant job losses too. The boom in online shopping means added employment in that sector of retail; Amazon reports that last year they created 10,000 new jobs and 1,000 new apprenticeships. However, the continuing demise of UK shops and stores also means an overall increase in unemployment. 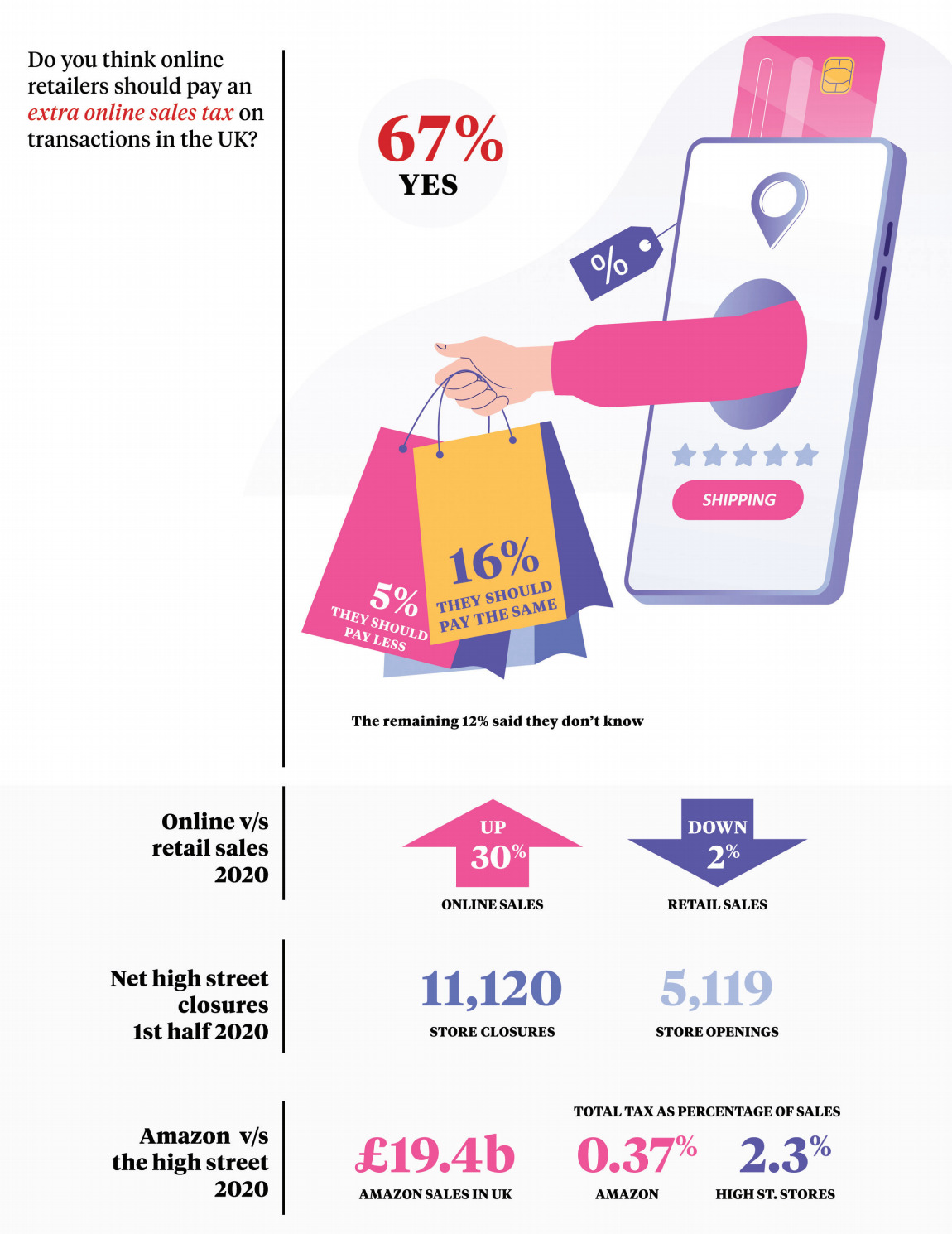