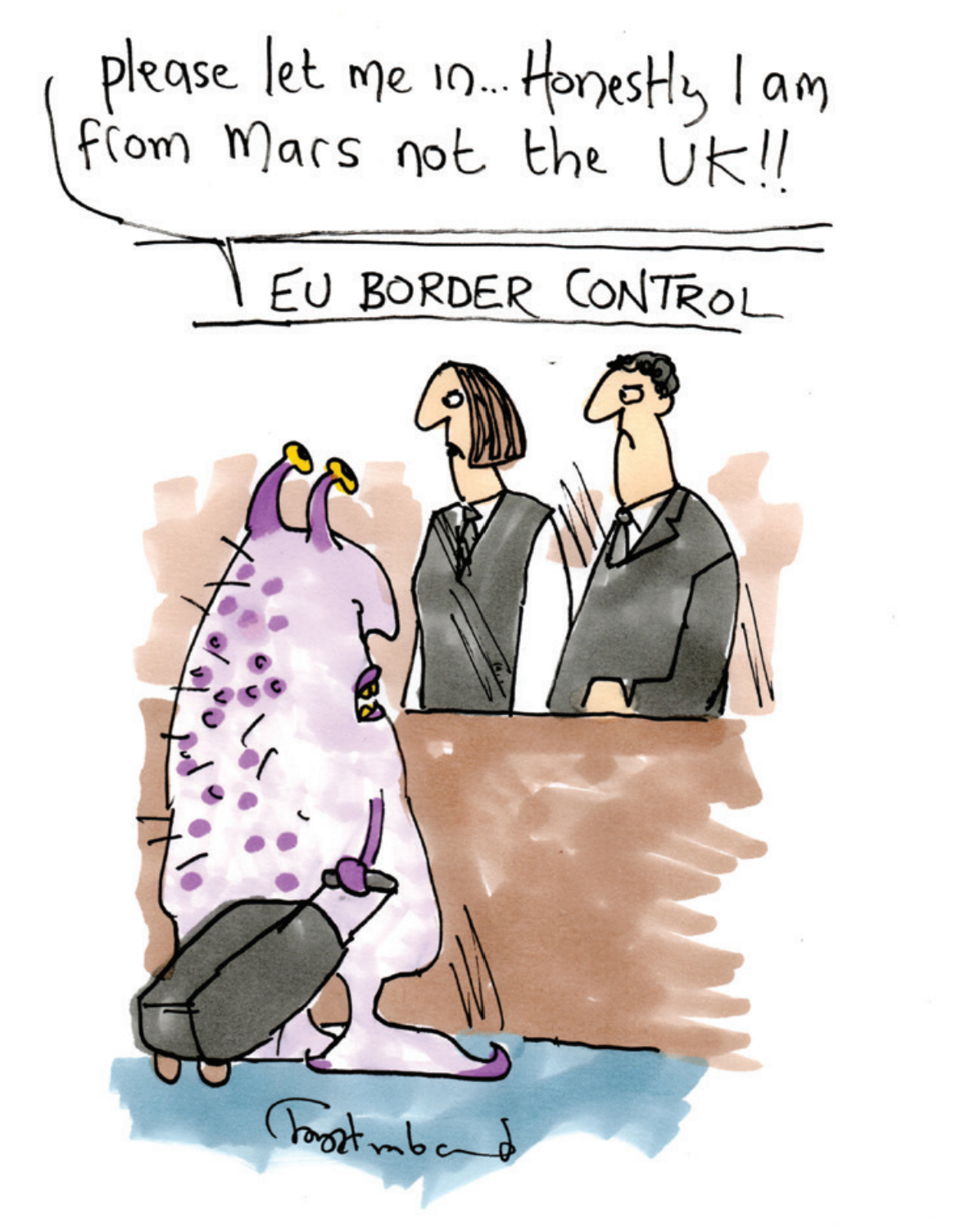 From a podium at the Royal Naval College in Greenwich back in February 2020, Boris Johnson jabbed his finger towards the magnificent ceiling by Sir James Thornhill and rattled through a list of what it depicted – oars and sextants, powder barrels and ensigns, (even the plump nymphs got a mention), as a preamble to his announcement of what “Global Britain” would be. This new country would draw on our great maritime history, he explained, and to become a free-trading nation we only had to recapture the seafaring spirit that inspired our ancestors.

What he didn’t mention was the inverse of that: the reason we had become a great maritime nation was our literal insularity – we sailed because that was the only way out.

Over the past eighteen months, the UK has had to come to terms with that geographical fact once again. Maritime greatness is not part of a grand continuum. Britain is an island, and a lonely one at that.

What has signposted this fact is not only Brexit, but also Covid.

Both have meant that, for the first time in many people’s living memory, we’ve become highly aware of our borders again. There is no overland drive to a neighbouring country. One needs to buy a ticket to leave – a premeditated act, and one that hasn’t been too easy of late.

It would be over the top to say Europe has imposed Covid restrictions against the UK because it’s not in the Schengen zone, where free movement was, until last year, a given. Borders have gone up between Schengen countries too. Italy won’t allow in any tourists, from the EU or elsewhere (at the time of writing).

But the UK, with its world-beating Covid infection rates, is regularly on their red or amber lists. Holidays are stifled. Rules change. Are we welcome, or are we not?

After milling around at home for most of the past eighteen months, we are now milling around our own country, looking at holidays by the sea as though we were back in the nineteenth century, heading off to the latest chic bathing resort. Any trip to Europe is made only with good reason and much planning.

And then there is Brexit, of course. Where before there were minimal checks for goods, there’s now enough paperwork to break even the most stoical desk clerk.

For the British public, the freedoms lost in Brexit are just becoming apparent as we attempt to go abroad. If permitted to cross borders, our bags are searched as though we’re coming from Mars. Passports need a minimum six months’ validity. There’s another wall of paperwork for dogs and driving, and extra requirements such as showing you have enough money for the duration of your stay, not to mention a ticket back to your little island.

The boomer generation and those following it grew up with a natural sense of fluidity across the continent. When the EU’s predecessor, the EC, opened up competitive rates in the skies, the price of flights dropped and Amsterdam, Rome and Athens soon became cheaper and quicker to get to (from London) than Inverness.

The planes still fly and the border guards will still (hopefully) let us through, but everything now has an underlying friction that reminds us of our physical disconnection with the continent, and their distrust of us outsiders.

Irish friends tell me they enjoy Ireland’s special status as an island – it was drummed into them as a point of pride at school. The British, though, have long had itchy feet and a need to explore as Sir Walter Raleigh, Captain Cook and Darwin did, setting sail to find new land, knowledge and civilisation.

That is what the Prime Minister was driving at in his Greenwich speech: he wanted to revive the spirit of our seafaring forebears, not just to bring back vast riches but also to bring a global perspective (believe him if you will). However, the tides of history have turned the other way. Both Brexit and Covid have conspired to make the twenty miles across the Channel to France feel like a million miles away.

This won’t last. The borders will run more smoothly. Slowly and grudgingly we will accept “third country” rules when travelling to Europe. The pandemic will subside and there will be wine waiting for us in an osteria in Venice. Just be patient.

But that breach between Johnson’s grandiose vision of Global Britain and the sticky reality of now won’t be forgotten in a hurry. What was once assumed in the UK – our right to roam in Europe and beyond, without question – has been curtailed. There may be one benefit. Perhaps, when we finally make it out of the UK and our European neighbours reopen their doors to us, we won’t travel with the old presumption of superiority, but with a novel sense of humility.