With Trump’s reign of Twitter over, can Biden find consensus?

Every so often, historians rank US presidents, best to worst, for academic debate. Most lists put Abraham Lincoln, Franklin D. Roosevelt and George Washington at the top with lesser lights like James Buchanan and Andrew Johnson at the bottom.

The next list will surely have a new look: after one chaotic term and two impeachments, Donald Trump has a lock on last place.

It bears remembering that the mobs he incited to storm the US Capitol in early January — the basis of his second impeachment — stood as an appropriate bookend to a presidency that did more to jeopardize American democracy than any before it: he began with hollow promises to unite the country and ended with angry incitements to tear it apart. It seemed entirely logical he would slip out of Washington with a self-serving rally, rather than attend the inauguration of his successor, Joe Biden.

As Washington Post columnist Karen Tumulty wrote, “To Trump, the party of Lincoln was a rental vehicle, one that he took for a joyride and is getting ready to turn back in, with trash jammed under the seats and stains covering the upholstery.”

A few milestones are worth remembering: a ban on Muslim travellers to the US, an immigration policy that separated children from their parents and held them in cages, recognising “very fine people on both sides” of a neo-Nazi rally, proclaiming innocence after the first impeachment for obstructing justice in the Mueller investigation; rejecting the Paris climate accord and Iran nuclear deal, failing to manage a pandemic that has killed four hundred thousand Americans and suggesting that injections of household bleach might cure the virus.

And don’t forget obeisance to Vladimir Putin, erosion of relations with Western allies, a “love affair” with North Korea’s Kim Jong-Un and willingness to accept the word of autocrats like Putin and Mohammed bin Salman against the counter-conclusions of his own intelligence agencies.

Finally, there was the “Stop the Steal” rally on 6 January when Trump spewed the incendiary grievances that got him impeached the second time. “If you don’t fight like hell,” he told a crowd roaring approval, “you’re not going to have a country anymore.” He implored them to march onto the Capitol.

Even to members of his own Republican party, it was consistent with years of normshattering acts of political opportunism and unvarnished narcissism, punching deep holes into the notion of American Exceptionalism, and much of it based on lies.

From the start, Trump fuelled his reality-TV style of governing and twisted political worldview with what an aide once called “alternative facts”, the untruths that spoon-fed followers a steady diet of false expectations. None was more consequential than the biggest lie of all: “The election was stolen.”

His more fervent supporters, “the base,” believed him. They always believed him, and so he always played to their anger – millions of white, rural, non-college educated voters (white supremacists, antisemites, far-right extremists and QAnon zealots among them), who felt betrayed and belittled by the “globalists” and “deep state elites” they placed at the centre of every conspiracy and, of course, election thievery.

Trump won 74 million votes, the most ever for a sitting president. Yet, energised against him, Democrats delivered 81 million votes for Biden. Trump couldn’t accept it. He fought to the end, never conceding, always insisting the election was rigged.

The apotheosis came after that final rally. As lawmakers gathered at the Capitol to certify the election results, with Vice President Mike Pence presiding over the perfunctory roll call of states, the siege aimed to stop it: four hours of ransacking and violence by people in Trump hats and shirts, some with weapons, all with rage.

It ended with five people dead and lawmakers returning to finish the job. Trump had pressured Pence, always the sycophant, to overturn the results. For once, Pence ignored him, declaring Biden the winner, and for that, he became a target of the marauders. A wooden gallows awaited him outside the Capitol amid loud chants of “Hang Mike Pence.”

Through all four years, Trump’s Congressional enablers barely flinched, fearing a Twitter bashing or worse if they crossed him. In the 2019 House impeachment vote, on charges of strongarming Ukraine over military assistance, not one Republican joined the Democrat majority to impeach. In the Senate trial, only one from the Republican majority voted to convict.

In the second impeachment vote, 10 Republicans joined the Democrats. A trial in the Senate, now controlled by Democrats, was expected to start soon the week commencing 8 February.

And so: within Trump’s final two years, Republicans lost the House, the Senate and the White House. His rule was over, and so was his Reign of Twitter, which banned him for life.

By the end, the country felt more divided than any time since the Civil War of the 1860s. While Democrats hailed Trump’s departure, Republicans vowed to fight on. On inauguration day, as Biden spoke of unity and hope two weeks after the siege, 25,000 troops patrolled streets lined with protective fences, scenes more redolent of the Baghdad Green Zone than the American capital. In one poll, four out of five people agreed that America is “falling apart.”

With Trump gone, maybe that changes.

The Refuge is an expanse of 19 million untouched acres in northeast Alaska within the Arctic Circle, home to all manner of birds and animals that the Federal Government has protected from development since 1960.

This gift to the Republican-friendly fossil fuel industry was just one more example – and a big one – of how four years of Tweets, lies and false claims of election fraud always served a larger purpose, to deflect notice from the real work of the Trump administration.

In both foreign and domestic policy, Trump set about to Make America Great Again through policy changes that weakened long-standing protocols and standards honoured by presidents of both parties.

Even a superficial look reveals the enormous challenge awaiting Biden including, for example, how to address more than 100 environmental regulations that Trump weakened or reversed.

In his 20 January inaugural address at the Capitol (a crime scene two weeks before) Biden signalled the huge changes ahead, asking Americans to unify in solemn purpose to restore America to its former place in the world and put aside partisan rancor. “We must end this uncivil war,” he said; in effect, a call to Make America America Again.

Among the most pressing issues at the start was accelerating Covid-19 vaccine inoculations and getting more money to families affected by an economy broken by the virus.

Biden also faced recalibrating relations with adversaries like Russia, China and countries led by the strongmen Trump so admired, such as Hungary, North Korea and Saudi Arabia; and stitching up frayed relations with NATO countries that Trump browbeat.

By executive order, he rejoined the Paris climate accord right away, rescinded Trump’s ban on Muslims travelling to the US, reversed intolerant immigration policies and made it a requirement to wear a mask on federal property and during inter-state travel as a safeguard against spreading the virus.

He also implemented a moratorium on any exploration in the wildlife refuge.

Advancing policy through Congress is more difficult. Biden at least has the benefit of Democratic majorities in both houses of Congress, slim as they are. That gives him a two-year window to push through his agenda before the 2022 midterm elections that could return one or both Houses to Republican control.

His success could be helped by Republicans feeling emancipated from fealty to Trump. Trumpers remain. But others, including those disgusted by the Capitol siege, may be more willing to compromise on contentious issues long held victim to fractured politics. One is strengthening access to affordable healthcare. Another is passing an infrastructure bill to rebuild crumbling roads, bridges, seaports and airports.

Biden always made it clear the most critical challenge is defeating the virus, so schools, businesses and everyday life could resume. He vowed to get 100 million people inoculated within his first 100 days.

“It is evidently clear that beating back this virus and reviving our economy are intertwined,” he said before his inauguration. “We are in a race against time, and absent additional government assistance, the economic and public health crises could worsen in the months ahead.” Making America America again Biden faces reversing four years of damage

As he took office, Biden faced the giant task of reverse-engineering almost everything Trump did. In effect, he has to make America America again.

Only three US presidents have been impeached by the House of Representatives: Andrew Johnson in 1868, Bill Clinton in 1998 and Donald Trump in 2019 and 2021. In the Senate trials that followed their impeachments, Johnson, Clinton and Trump (the first time) were acquitted by a Senate controlled by the individual president’s party, thus keeping them in office.

Here’s how impeachment trials work. The House of Representatives serving as “managers” put on a case, while lawyers for the impeached mount a defense. The outcome is determined by a two-thirds vote of Senators. A guilty verdict removes the president from office, although in Trump’s latest case that wouldn’t apply. He is the first to face a trial after his term has ended.

While his removal from office is moot, a conviction would permit the Senate to hold another vote, to bar Trump from ever seeking public office again. For that, only a simple majority is required.

Trump has hinted he wants to run again in 2024, at age 78. But younger Republican senators with their own designs on the White House, like Ted Cruz, Josh Hawley and Tom Cotton, might just as well favour his banishment.

Finding 17 Republicans to vote guilty along with 48 Democrats and the two independents who normally join sets a high bar. But finding one to deny him a political future does not. Michael Janofsky is a writer and editor in Los Angeles. He previously spent 24 years as a correspondent for The New York Times.

Michael Janofsky is a writer and editor in Los Angeles. He previously spent 24 years as a correspondent for The New York Times. 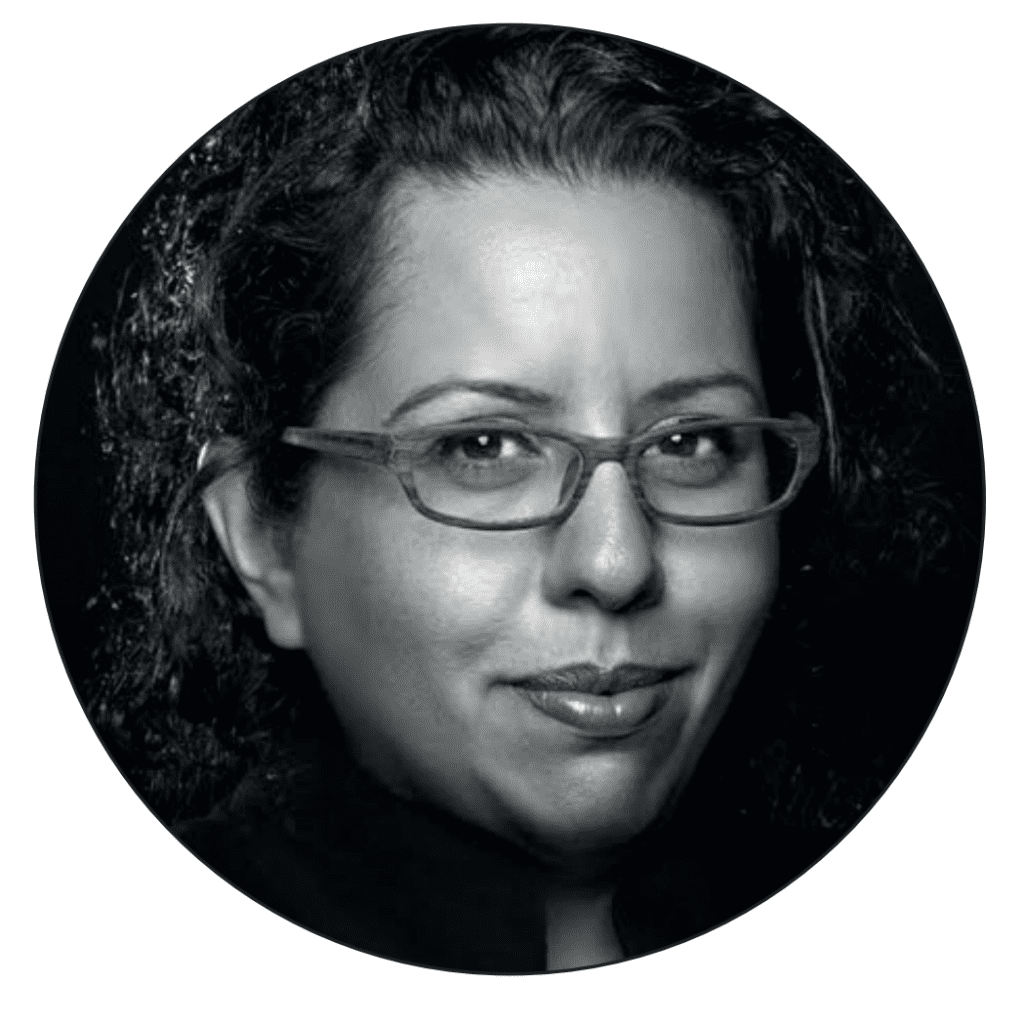