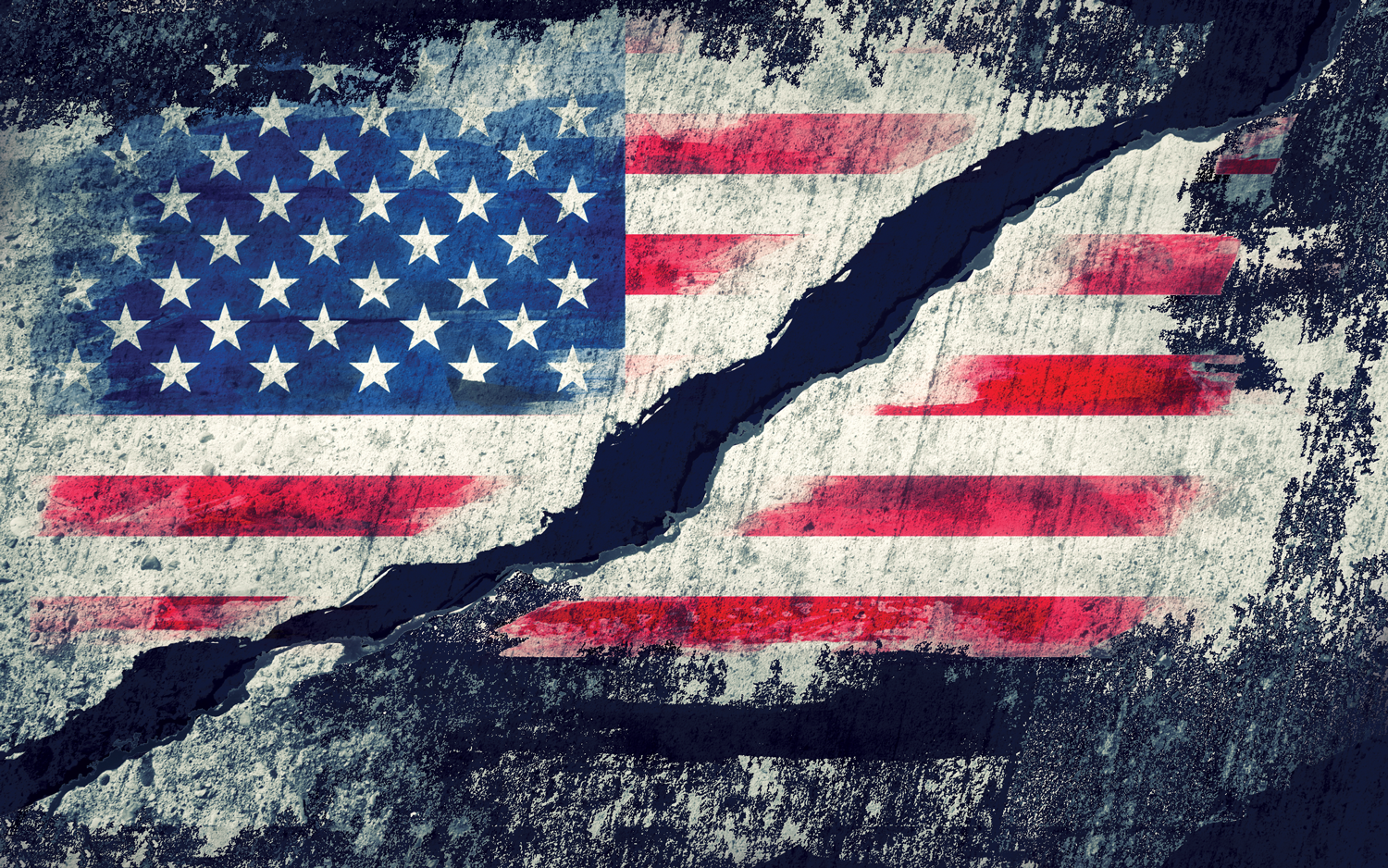 A Inflation. Fuel costs. Abortion rights. Mass shootings. Cancelled flights. Ukraine. As if Americans didn’t have enough to deal with in June.

Then, along came a buckle-your-seatbelt event sure to impact US politics for years to come: The bipartisan House Select Committee investigating the 2021 siege of the Capitol burst into public view for the first time in nearly a year with a series of hearings that could well determine Donald Trump’s future.

Through live witnesses, recorded depositions and gruesome videos of violence at the Capitol two months after Trump lost the presidency to Joe Biden, the commission heard evidence of a Trump-inspired effort to prevent the peaceful transfer of power – something that’s never happened in American history. “An attempted coup”, Commission Chairman Bennie Thompson, a Democrat from Mississippi, called it.

The members fleshed out a story most people only previously knew through news accounts. This time, eye-witness participants filled in the blanks, crafting an image of someone willing to go to unprecedented and possibly illegal lengths to remain in office through lies, threats, incitement of violence and potential crimes.

But what of it? Trump has escaped accountability most of his adult life despite multiple accusations of cheating contractors, manipulating taxes, committing adultery and misleading Americans. Could this time be different?

The evidence suggested yes, and what happens next is likely to set the course for America in the months and years ahead, no matter how it turns out. It’s as if the Phenomenon of Donald J Trump is finally approaching apotheosis: he will either fade into memory as an unfortunate blip in the American story or pull the ultimate Houdini escape act, eluding charges with a giant middle finger to his political Javerts. And maybe become president again.

It all comes down to Attorney General Merrick Garland.

The commission can only use the testimony to make recommendations for improvements to election law. But its work is providing Garland’s Department of Justice a framework to decide whether prosecuting Trump and others close to him would lead to convictions. Whatever Garland does, the consequences are enormous.

Testimony has raised serious legal questions: did Trump play any role in planning the Capitol siege? Did his wilful lie that he won the election incite the mob to prevent Vice President Mike Pence from certifying the votes as required by the Constitution? Could his intimidating Tweets and phone calls to Pence imploring him not to certify be considered obstruction? Did his efforts to flip state results by pressuring state officials and election workers constitute illegal interference with an official proceeding? After ignoring repeated assurances that he’d lost from senior advisors, campaign officials, courts and even his own daughter, did raising money for an “Official Election Defense Fund” that never existed constitute fraud? A felony punishable by up to twenty years in prison.

“It wasn’t just the Big Lie,” said commission member Zoe Lofgren, a California Democrat. “There was the Big Rip-off.”

Garland has already charged more than 800 individuals who stormed the Capitol that day, some for the serious offence of “seditious conspiracy”. Many are serving prison terms. But neither Trump nor anyone in his administration has yet been held responsible for anything related to the siege or the scheme to overturn the election.

The commission intends to deliver Garland the case file by September, and both are in a race against time. If Republicans win control of the House in November, as expected, they’d swiftly shut down the commission if its work was unfinished. Garland is assured of serving only through the 2024 presidential election unless a Democrat winner keeps him on. A Republican winner would appoint a new Attorney General, and the case would disappear.

Meanwhile, Trump’s fate will have a trickle-down effect on both his party and the Democrats. An increasing number of Republicans have grown weary of Trump’s ongoing re-litigation of his loss. It’s backward-looking at a time America is facing a raft of serious challenges, foreign and domestic. These Republicans would prefer a fresh, forward-looking candidate for 2024 with new policy prescriptions and a more civil manner. That’s why potential challengers have not ruled out running. They include several from Trump’s own administration: Pence, his last Secretary of State, Mike Pompeo, and a former Ambassador to the United Nations, Nikki Haley. Also in the mix are former and current governors as well as a handful of senators. All of them have deeper policy experience than Trump and less propensity for audacious behaviour.

The Democrats, too, are watching. Many believe that despite Biden’s low approval numbers, he might be the only Democrat able to beat Trump, which puts the party in a be-careful-what-you-wish-for predicament. As much as they’d like to see Trump indicted, they might prefer him as Biden’s opponent.

If that sounds crazy, it reflects a thin Democrat bench. None of the 2020 also-rans, including Biden’s Vice President, Kamala Harris, are widely regarded as strong enough to beat Trump, let alone a Republican with no legal baggage. Nor do any Democrat lawmakers or governors appear ready to launch, as Obama did in 2008, when he was a charismatic first-term senator from Illinois.

Biden, who will turn 82 shortly after the 2024 election, says he intends to run again no matter what, even if Republicans regain control of Congress in November. But some Democrats say that’s the perfect time for him to announce he will not seek another term, giving younger candidates more time to raise money and build support.

At this juncture, nothing is certain. Much depends on Garland but also on public opinion, especially among Republicans. Never-Trump Republicans might be persuaded by the mounting evidence to abandon him. If some of his most loyal followers start peeling off, finally convinced that he was lying, that he did commit crimes, that they were duped, a younger, smarter conservative might emerge. There are three places to watch for such a shift: Trump has endorsed more than 200 candidates running for various federal and state offices this year. If substantial numbers of them lose their primaries or fall to Democrats in November, that’s a sign Trump influence is waning. Second, watch Murdoch-owned media outlets. If Fox News commentators or Wall Street Journal editorials turn on Trump, that could erode his right-wing support. Finally, keep an eye on Donald Trump, Jr. He denies the periodic rumours he wants to run for president. If he stops denying them, it’s a sign of torch passing.

But there’s a big caveat to all this. The end of Trump doesn’t mean the end of Trumpism. Dozens of candidates he’s endorsed this year are election deniers who won primaries by propagating the Big Lie. The Texas Republican official party platform calls Biden the “not legitimately elected” president.

Garland is in “an incredibly challenging spot”, Andrew McCabe, a former deputy director of the Federal Bureau of Investigation, said in a television interview. Like others, he fears prosecuting Trump could trigger widespread violence by the kind of people who stormed the Capitol. On the other hand, not prosecuting could destroy a fundamental cornerstone of American jurisprudence, that no one is above the law.

J Michael Luttig, a former federal appeals court judge widely respected by conservatives, is worried about all this. Testifying before the commission, he said solemnly, “Almost two years after that fateful day in January 2021, Donald Trump and his allies and supporters are a clear and present danger to American democracy.”

That’s a scary proposition. Whether it remains so depends on what Merrick Garland decides to do.

With a stunning one-two punch, the US Supreme Court demonstrated the stark power of its conservative majority in two of the most consequential rulings in years.

Within 24 hours, the conservative-leaning justices overturned Roe v Wade, sweeping away federal abortion rights available to women for almost 50 years, while freeing all Americans to carry guns outside the home for reasons other than just target practice or hunting.

In these two decisions, the Court reshaped major contours of American society and aggravated an already dyspeptic body politic by using the exact words of the Constitution to justify their rulings. The founding document from the 18th century provides absolute rights to “keep and bear arms” in the Second Amendment while saying nothing about abortion.
The Court’s three liberal-leaning justices dissented in both cases.

Both rulings are the progeny of former president Donald Trump, who proclaimed himself an anti-abortion, pro-guns leader, who had the timely good luck to appoint three justices in his four years in office. He used each pick to select a judge who promised to overturn Roe, effectively removing any chance that one of the justices might serve as a periodic “swing vote”.

The Roe v Wade decision was foretold in May, when a leaked draft escaped the usual secrecy of deliberations that precede final decisions. Written by Justice Samuel Alito, the draft concluded in a Mississippi case that Roe must fall because the Constitution articulates no specific protections for a woman seeking an abortion. Alito also wrote the majority opinion in the actual case using similar logic.

The ruling follows decades of protest by conservatives since the original decision in 1973, which was decided by a 7-2 vote with four Republican-appointed justices in the majority. Anti-abortion activists demonstrated in Washington and at women’s health-care clinics across the country, building support for their cause that was generally favored by Republican lawmakers and presidents.

It wasn’t until Trump replaced the liberal Ruth Bader Ginsberg, who died in 2020, with conservative Amy Coney Barrett that the Court finally had a Roe-proof majority.

While the Roe decision eliminates federal protection for abortion rights, it returns the option to the states. At least half are expected to ban abortions, with the possible exceptions of when the mother’s health is at risk and when the pregnancy has been caused by rape or incest. Democrat-led states like New York and California will still guarantee access to abortion.

In the guns case, the Court overturned a New York state law restricting the right to carry a gun outside the home for reasons other than sport. The law required people to show “proper cause” to do so. After they were denied such a license, two men challenged the law as a violation of the Second Amendment. The Court agreed. Just hours earlier, the US Senate passed the first measure in decades that would tighten access to gun purchases. It later passed in the House and was sent to President Joe Biden to be signed into law.

The Court decision drew an immediate rebuke from anti-gun activists at a time mass shootings are on pace to reach record annual levels. In the past two months alone, ten Black people were shot to death in a race-based killing spree at a Buffalo, NY supermarket, and nineteen children and two others were killed in a Uvalde, Texas elementary school. In both episodes, as well as many others, the shooter used a high-powered assault weapon. 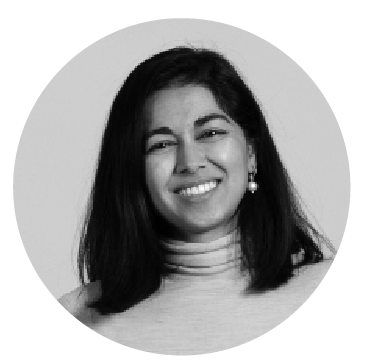