The much-loved UK actress on comedy, faith, disability and Christmas 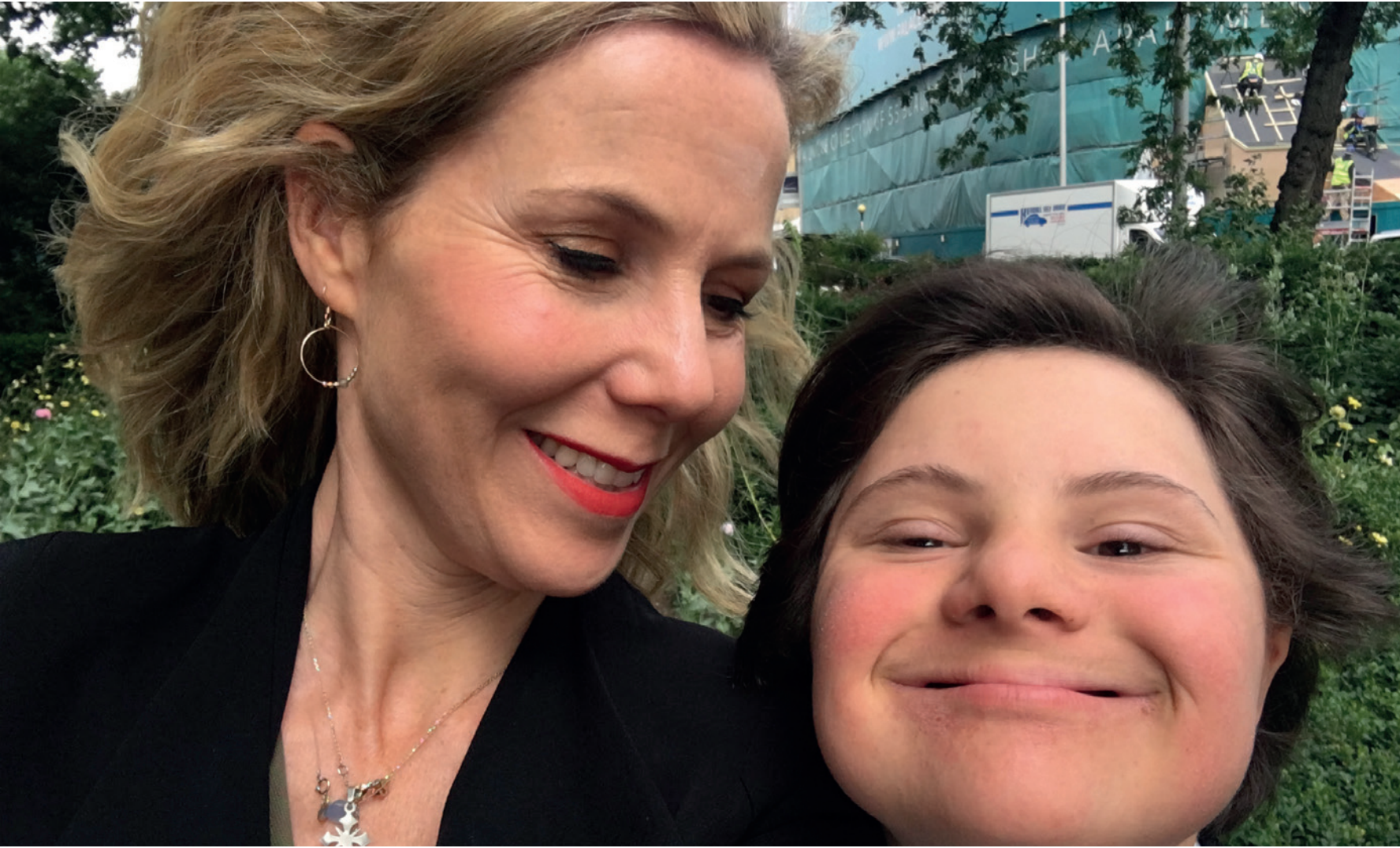 Getting stuck in a toilet.

Your break-out sketch show Smack the Pony (1999-03) – with Doon Mackichan and Fiona Allen – looked like a blast to make. Was it as fun as it looked?

All actors complain about not working and then get a job and the first thing they do is ask when they can have a holiday. We worked hard and felt very worried it wasn’t going to be good enough, so we argued, but basically, yes, it was fun. We were young and lucky and given incredible freedom.

Were any sketches deemed too outrageous?

Yes. And then we did them anyway.

It’s not true that the sketch show is dead – it’s just changed form and become a lot more democratic – we have TikTok, YouTube, IGTV and a hundred other platforms full of sketches made by everyone from Olly to Andrew Lloyd-Webber. TV sketch comedy is expensive. I think it’ll be back eventually but I’m not holding my breath.

You’ve been an outstanding contestant on Channel 4’s Taskmaster. To what do you owe your success?

At the time, a very miserable home life. It was wonderful therapy.

Did you go a bit Scandi after playing Minna Häkkinen, the Finnish Prime Minister in Veep?

I was a bit Scandi before, which is why I got the part I think, though I’ve never been to Finland.

As a practising Christian, is faith a strange companion for comedy?

It depends on the faith and the comedy – there are definitely high priests of stand up who preach from the stage and there’s been a marked increase in pulpit-tainment in the city churches of the C of E. While my practising friends tend to be more conformist than my work friends, the most outrageous, anarchic and countercultural people I know are people of faith, not comedians. People who feel called by their faith to stand up against systemic, structured, institutionalised injustice.

There’s been a strong link between British comics and the New Atheists, and some brilliant routines done about how stupid Christians are. But I think religion and comedy are engaged in similar business – holding up a mirror to society (and then dropping it) relieving fear, cheering for the underdog, wondering what on earth it’s all about and in an ideal world, bringing joy. Maybe they don’t get on because they’re too similar. Opposites attract and all that.

I was once told that shepherds were the butts of a lot of Aramaic jokes, which, if true, would make Jesus’ parables like a kind of stand-up routine. The shepherd who leaves his 99 sheep to go after the lost one would have had them rolling in the aisles. Or groaning and throwing bottles at him. Jesus’ ministry reinterpreted as one long parade of “just me then”, ending up on the cross. It’s not that hard to find a vicar who will tell you that sitcoms like Only Fools and Horses and Fawlty Towers are just building on an original idea by Jesus: that someone can be poor, un-gorgeous, untruthful and utterly lacking in talent and yet somehow wonderful and deserving of love.

You’ve been to four clown schools. Why are people terrified of clowns?

I suppose there was that clown attack in 2016 but Coulrophobia is pretty rare and clowns are pretty easy to avoid. I heard that Clowns Sans Frontières occasionally get a bit hairy but otherwise clowns are wonderful, especially those without make up.

If you could make one person World President?

My best guess would be Ngozi Okonjo-Iweala of the WTO. She’s been proven to be an effective force for good in the most hostile and misogynistic organisations – both within the Nigerian Government and the World Trade Organisation. She’s recognised to have every kind of smarts – she was Minister of Foreign Affairs and of Finance in Nigeria and headed up the Anti-Corruption unit there. She’s a global champion of fair trade, environmental sustainability and human welfare, nominated African of the Year in 2020 (Forbes Africa) and is now the first woman to be the director General of the World Trade Organisation. From where I’m standing she appears to be one fantastically cool chick.

Which political leader do you least admire?

There are so many evil dictators and dispiritingly poor right-wing autocrats it’s hard to pick just one. But Boris Johnson is making me rethink my comedy style. I, too used to deploy bumbling shambles when presenting but it no longer feels authentic, honest or charming.

Who would you appoint as your spiritual guru?

Kate Bowler, author of No Cure for Being Human. Or Malcolm Guite, poet-musician and chaplain of Girton College, Cambridge. Or my friend’s mum – the Reverend Jemima Prasadam.

What single measure would you take to help the environment?

Invest in renewable energy so we can keep fossil fuels in the ground.

You have three sons. What’s it like being outnumbered by blokes?

They say, “boys mess up your house, girls mess up your head.” I don’t have girls but I do know that my home looks like I’m playing and losing a game of Jumanji. The four dogs don’t help. I am by nature a hoarder but I tried doing the Japanese art of tidying – holding stuff for a minute and chucking it out if it didn’t inspire joy. I got rid of a lot of dusty pulses and exercise equipment; I also got divorced and that helped. I used to stare longingly at friends’ daughters doing arts and crafts quietly on the kitchen table while my boys tore up the house, but I do love having boys. They’re so affectionate and funny. It’s certainly been an education.

Your son Olly has Down’s Syndrome – how has that enhanced your family life?

In a culture that assumes people are primarily made for competition and striving after power, Olly falls well short of the mark. People with disabilities ask awkward questions of society about the meaning and quality of life and Olly’s arrival in mine did prompt me to think more deeply about what really mattered. That said, perhaps all children do that. All three of my children are hilarious and tremendous people. Olly was my first so he set the tone and we still often march to his beat, which is usually freeing and occasionally infuriating. Life with Olly, now seventeen, is never dull – he’s unpredictable and very funny. At the moment he’s pressing for more independence, which means I have the community policeman’s mobile – he’s called PC Christmas (no really) on speed dial.

The Down’s Syndrome population are currently caught in a pincer movement. We have state of the art screens and termination till birth and at the same time the effects of austerity are moving us towards a situation in which even a benign parent might eventually choose termination because a life lived in this society with an impairment has become impossible.

I think truly including and accommodating people with Down Syndrome in education is the best place to start disproving the lie that disability is an intolerable outcome, impossible to bear, incompatible with happiness. At the moment, nine out of ten Brits have never had a person with a disability in their home, so no wonder ignorance abounds.

I met a Finnish mother-to-be who had just been given a high-probability test result for Down Syndrome. “I’ll keep it” she said. “In Finland we are all brought up together so I have friends with Down Syndrome. And Finnish women are strong.”

How different we are in the UK on both those counts – most children with Down Syndrome are in special education by secondary school, even though the latest research shows that a child with DS going through mainstream comes out with a grasp of language two years ahead of those going through special. British pregnant women are continually told they won’t be able to cope. My friend Boo was recently rung nine times during her pregnancy with the offer of termination in case she’d changed her mind.

What’s missing from our education system?

If you could give one bit of advice to your younger self?

The people who are telling you you’re stupid have a point but not in the way you think. It turns out it is possible to be very stupid and very clever at the same time.

What have you learnt about yourself during lockdown?

I am not as much of an introvert as I thought and there is no worse teacher in the world.

Are you a Christmas traditionalist or anarchist?

Neither. I’ve somehow absorbed that happy families have lots of traditions unique to them so I’m engaged in a permanent battle to get my invented traditions to stick. Unfortunately I also am very badly organised and I bore easily, so the “traditional” Santas vs Elves Christmas football match happened for four or five years then petered out, the “traditional” make-a-nativity-scene-out-of-a-novel-substance (spaghetti, marshmallows, lego, clay) and “decorate the youngest child as a Christmas tree” both fell by the wayside last year. We usually have a family party on Christmas Eve; I once told a newspaper we celebrated a European Christmas with fish but was laughed out of town by my family, who reminded me that I usually do sausages, and the party is in no way European, even if I do turn up in a Swedish cardigan. The only tradition that has remained is the arrival of the Pyjama Fairy on Christmas Eve – with matching pyjamas for all the children in the extended family. We also throw porridge oats and glitter on the lawn for the reindeer.

Do you enjoy being a guest reader at Wells Cathedral’s Christmas carols?

Wells Cathedral is staggeringly beautiful. Its rare “scissored” arches cut from the local, yellowish, Doulting stone are transcendently lovely at any time of year, but at Christmas, golden and alive in the light of 3000 candles, the building truly feels enchanted, a threshold to elsewhere. When the choir (mixed) starts to sing, I feel I’ve fallen into the halls of Aslan [?] and have hopeful, poetical, redemptive thoughts. I get to sit in the quire right behind them and get blown blank by the sound.

The Harold Darke setting of “In the Bleak Midwinter”. It was a favourite with ex-pats living in the United Arab Emirates when I was there, and I remember astonishing adults by singing it in tune aged six, which no doubt planted the poisoned seed of wanting to perform as an adult. Why it was so popular in the Middle East I don’t know. You’d think “Three Kings” or “Little Donkey” might have had more traction. Maybe it felt cooling to sing about snow, maybe it was longing for home, but the quietness and build of it felt special and powerful. Now I enjoy the fact Christina Rossetti’s lyrics make a point that it’s a woman, Mary, who gets closer to Jesus than anyone else. She, unlike the incorporeal angels, gets to hold and kiss the baby.

The Josephine and Jack Project is a charity that helps people with learning disabilities to have physical relationships.

Sally Phillips is an award-winning actor, writer, comedian-presenter, and documentary film maker. Her many TV and film appearances include I’m Alan Partridge, Smack the Pony, Bridget Jones’ Diary, Veep, Taskmaster and Miranda. Since the worldwide success of “A World Without Down’s Syndrome?” (BBC2) she’s continued as a disability advocate. With Ronni Ancona she founded the production company Captain Dolly. Most recently, Sally became the host of the BBC’s Sunday Morning Live, co-presenting with Sean Fletcher 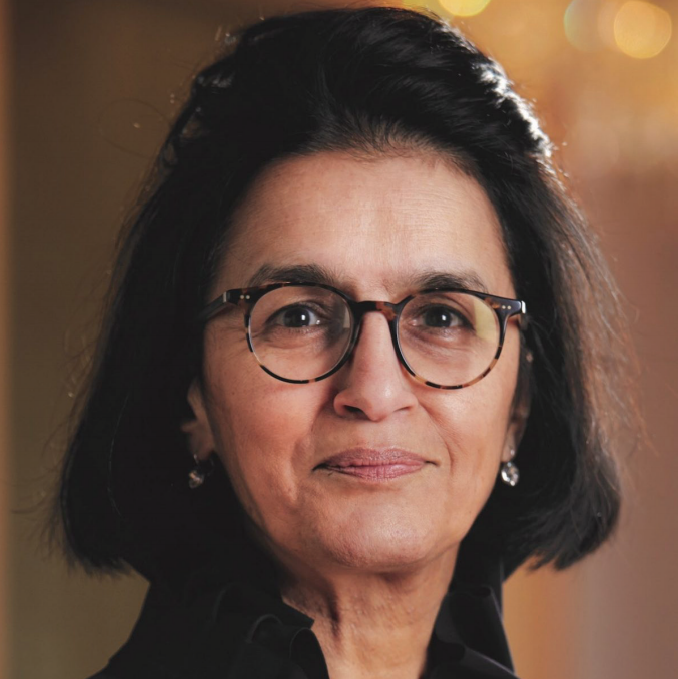 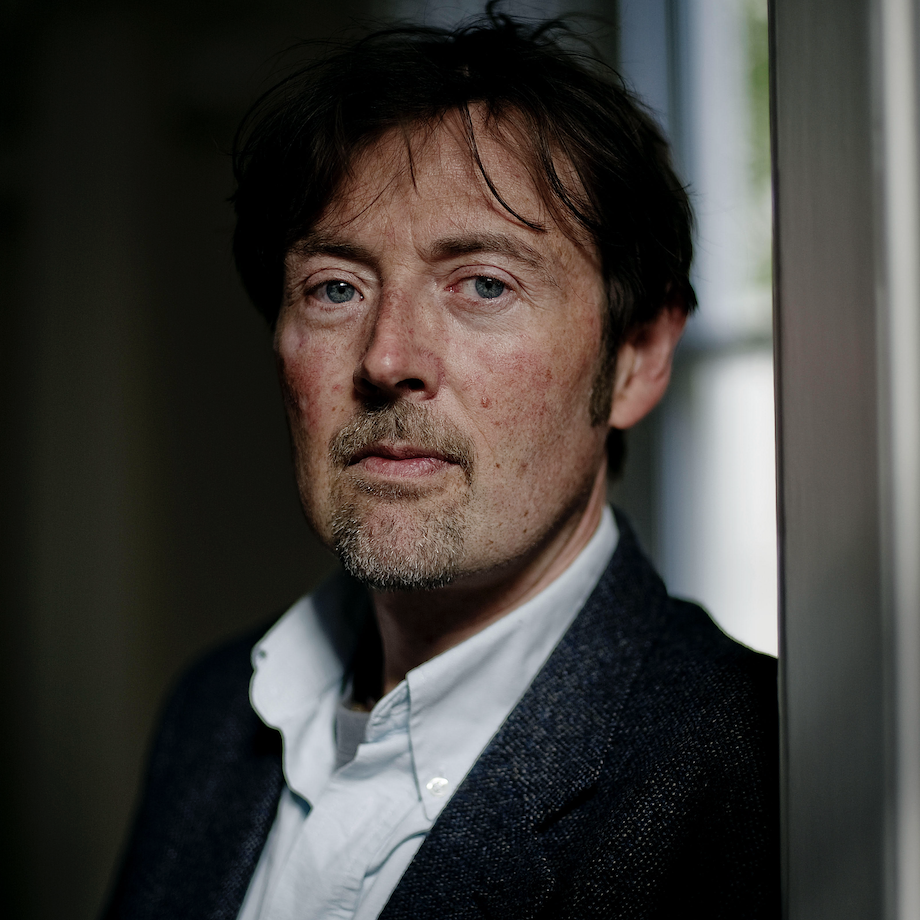 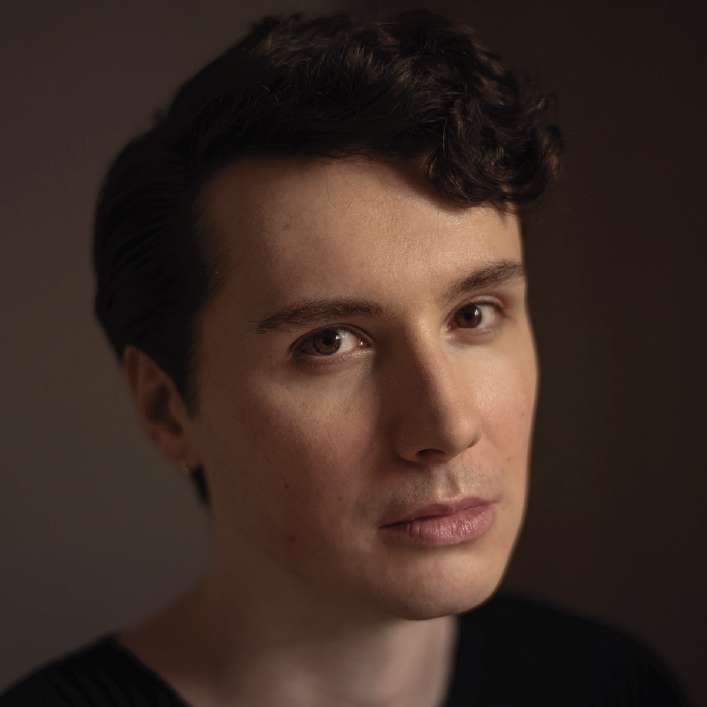 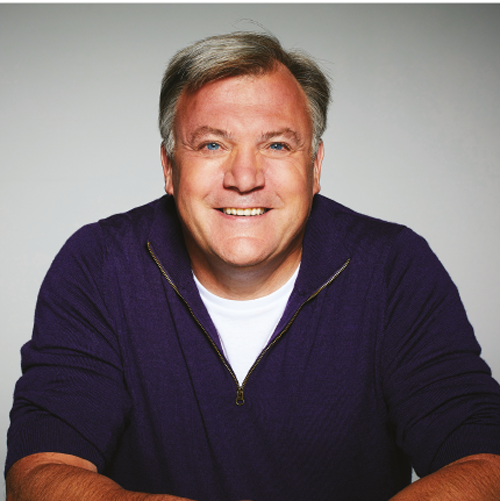 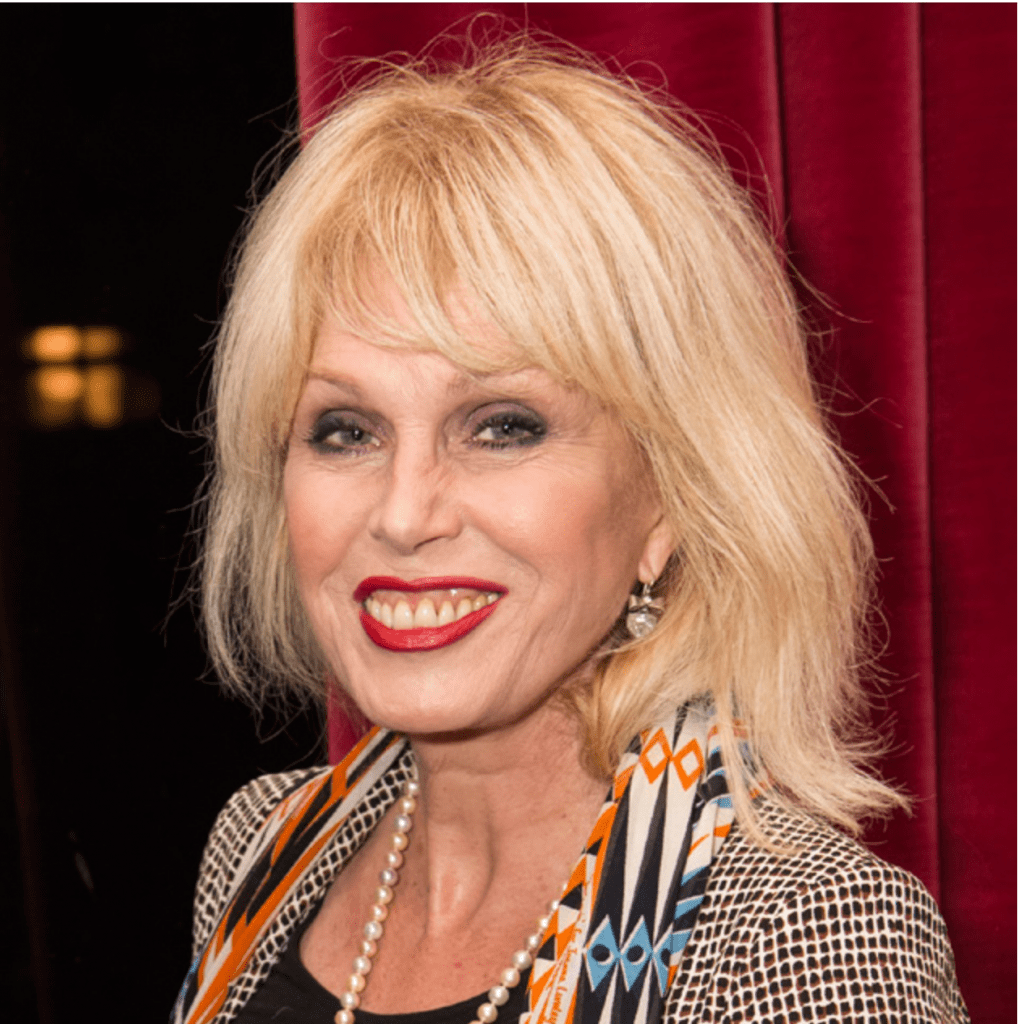 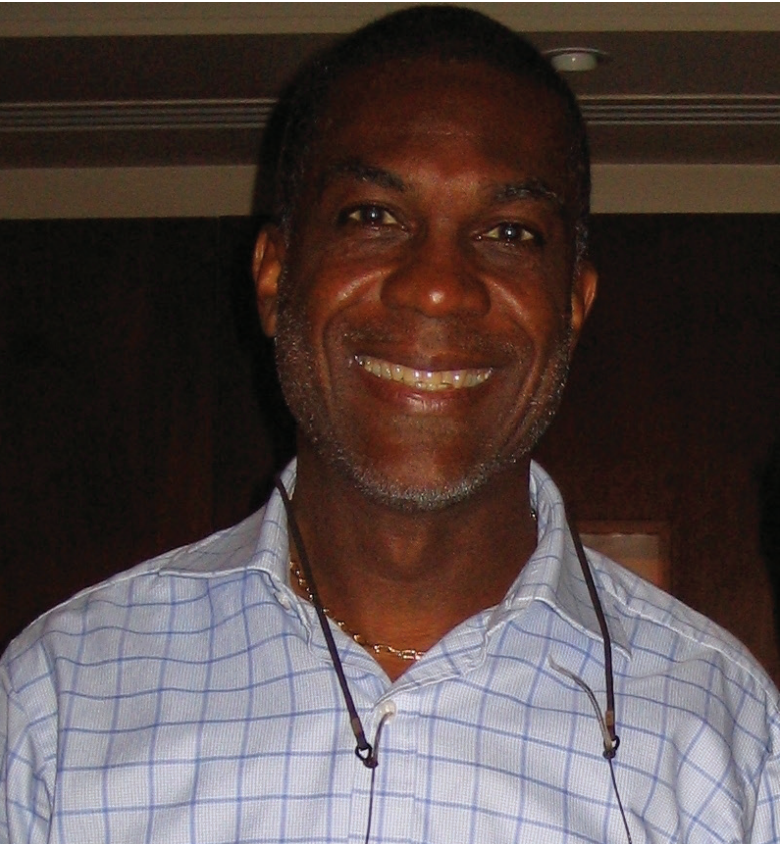