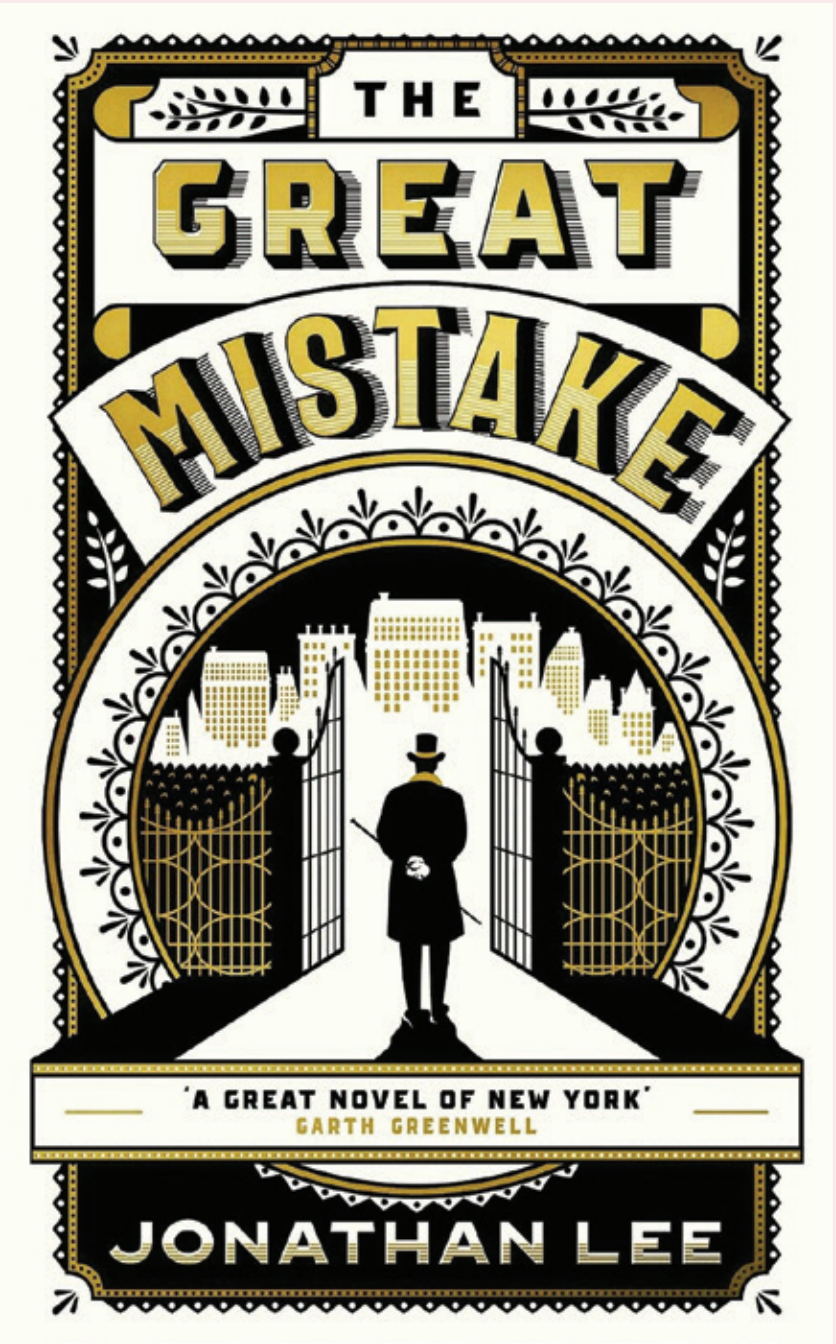 Jonathan Lee’s 2015 novel High Dive took a historical event (the 1984 IRA bombing of the Grand Hotel in Brighton) and expanded on the lives of the people involved directly and indirectly, to create a moving and funny portrait of hopes, regrets and the moments in time they make. The Great Mistake, his fourth novel, opens with the 1903 shooting of Andrew Haswell Green, the instigator of Central Park, the Metropolitan Museum of Art and many other civic institutions, and it beautifully details the stories of the victim and the city he helped to form. “New York is a comedy to those who think, and a tragedy to those who feel,” Lee writes, and this is a precise and intricate tale of how people make places and places make people.

The story has two paths. We follow Green through his working life and relationship with his family, his Victorian gap year in Trinidad, the construction of Central Park and close friendship with the more outgoing and political Samuel Tilden. These sequences intercut with the investigation of Green’s murder in 1903, led by a delightful detective, through whose eyes we see the chaotic energy and characters of New York in the early 20th century.

Anecdotes are told and retold; words and actions are remembered and misremembered, and these cast light on future events. We feel how Green’s tiny habits develop through circumstances, and how the personal and private can, in time, remake the public world. Empathy is the great driver of art and life, and Lee’s judgement in this is immaculate. The Great Mistake of the title was the press’s name for Green’s plan for the amalgamation of New York’s Five Boroughs in 1898, but the phrase crops up in other contexts, a suggestion of a recurring minor key melody throughout the soundscapes of a city and a life.

This is a book which has a quiet power. It is brilliantly constructed, full of colour and affection and humanity and goodness. BM 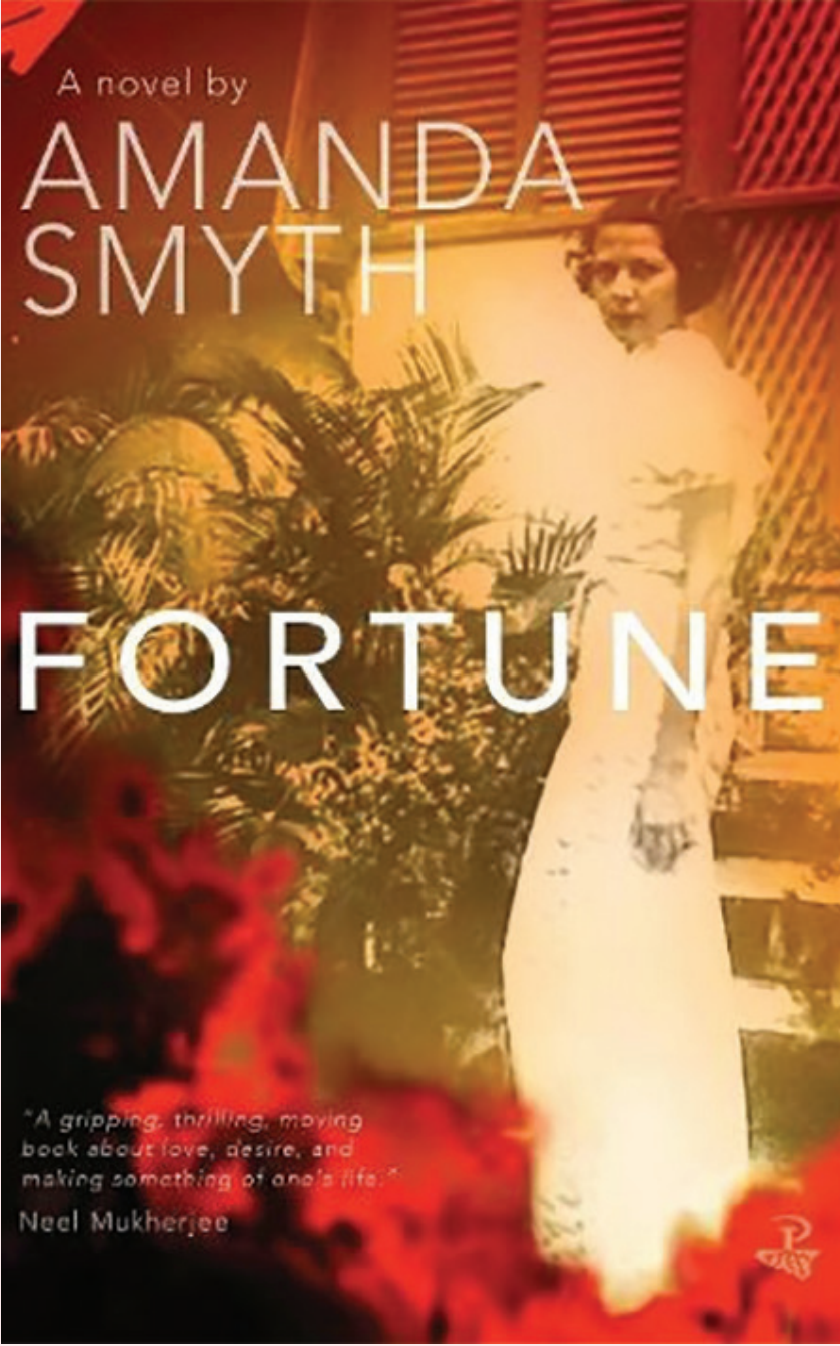 Set in a stiflingly lush Trinidad in 1929 at the beginning of the oil prospecting boom, Fortune features a small cast of characters at various stages of “dying alive” from grief, lovelessness, and bad luck.

When fortune knocks on their door, by way of oil and passion, it rekindles ambition and desire with all its attendant dangers, posing the eternal question: is life without risk a life worth living?

This is Amanda Smyth’s third novel and her prose is pitch-perfect with its lean muscular lyricism and a rhythm that has elicited comparisons with Jean Rhys. (Smyth herself is Irish-Trinidadian). Plot and writing grip as surely as the hypnotic embrace of the cloying tropical heat.

Eddie Wade, a charismatic but frustrated oil prospector, needs money to sink his own well on Sonny Chatterjee’s failing cocoa estate where the oil bubbles up almost effortlessly. A lucky encounter brings him Tito Fernandez, a gregarious local businessman harbouring murky secrets and despair. In Tito, he finds a generous friend and investor. The oil begins to gush forth, and everyone grows rich, yet also blind with greed.

Add to the mix Tito’s restless wife, Ada, who will complete the inevitable tragic triangle and we have a theme as central to literature as death itself.

Fortune compels from the start with doom-laden pathos and irony. Landscape and characters are equally victim to the unscrupulousness of longing. Will they emerge from their blindness or act out their various fates, oblivious to warnings as we read on aghast?

The originality of Fortune lies in the skilful interweaving of oil story and love story, of the plight of the heart and the plight of the paradise island, darkening with prophetic resonance so that passion and obsession smother both, reminding us not just of the genesis of our current ecological tragedy but that our lives and our world are combustible and fragile, forever in thrall to the dazzling black hole of desire.

Yet the blackest thoughts this very human novel inspires harks straight back to Sophocles: is fortune itself perhaps an excuse for the innately human desire for danger? MA 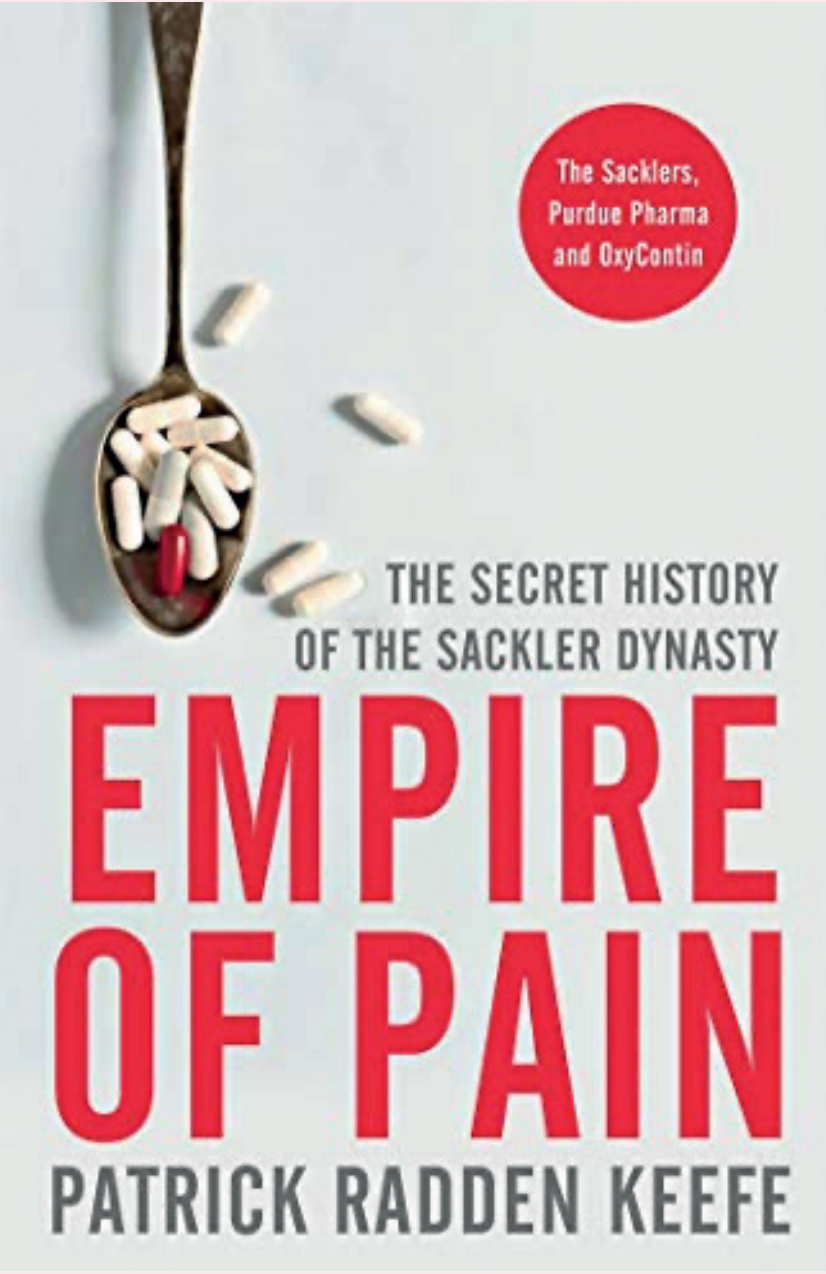 Isaac Sackler once said, “If you lose your fortune you can always make another, but if you lose your good name you can never recover it.” The Sackler name is synonymous with art galleries, theatres, museums and universities, but few of us know where that philanthropic money comes from: a small, powerful opioid called OxyContin. This drug was launched in 1996 for pain management and is probably the single most mis-prescribed drug in history – one that triggered the start of the opioid crisis.

Keefe takes us through the history of the Sackler family from the first generation of brothers, Arthur, Mortimer and Raymond, to the current third generation. Initially, theirs is a successful story: sons of Jewish immigrants growing up in Brooklyn who work hard and become doctors. Led by the elder brother, Arthur, they establish psychiatric facilities and the family company Purdue Pharma, in 1952, through which they pioneer the use of drugs like Valium to alter “chemical imbalances” in the brain.

Arthur practically invented pharmaceutical advertising in the 1950s and ‘60s, including writing fake testimonials. So when OxyContin was launched in 1996 (without full medical trialling), Purdue’s aggressive marketing and use of reps to court doctors meant it soon took 30 per cent of the opioid market, generating the family billions of dollars.

Since 1999 it’s estimated over 200,000 Americans have suffered OxyContin-related deaths. But the US Food and Drug Administration (FDA) were in the Sacklers’ pocket and, when lawsuits came their way, friends at the Department of Justice (DoJ) suppressed them.

In 2019, seeing the end was nigh, the family funnelled out $12 billion for themselves in private funds before declaring bankruptcy; the carcass of Purdue Pharma, valued at $1 billion, was left for compensation suits.

The Sackler family have never apologised nor shown any sign of remorse, but Radden Keefe’s brave and diligent investigation means they are paying the ultimate price: the permanent loss of their good name – no matter how many donations they try to make. JC 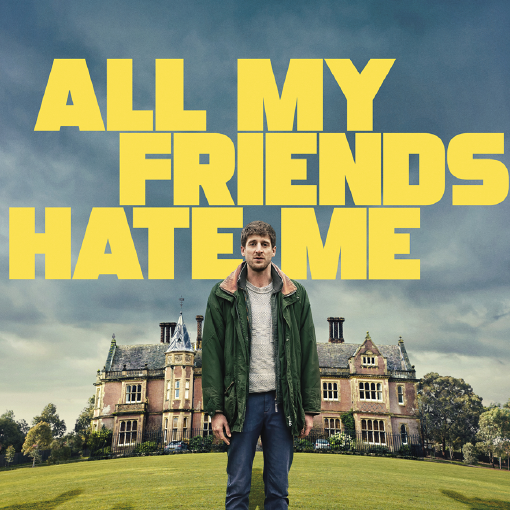 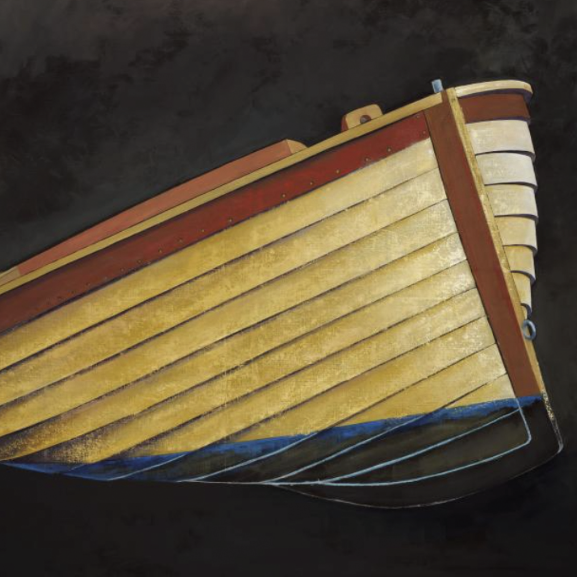 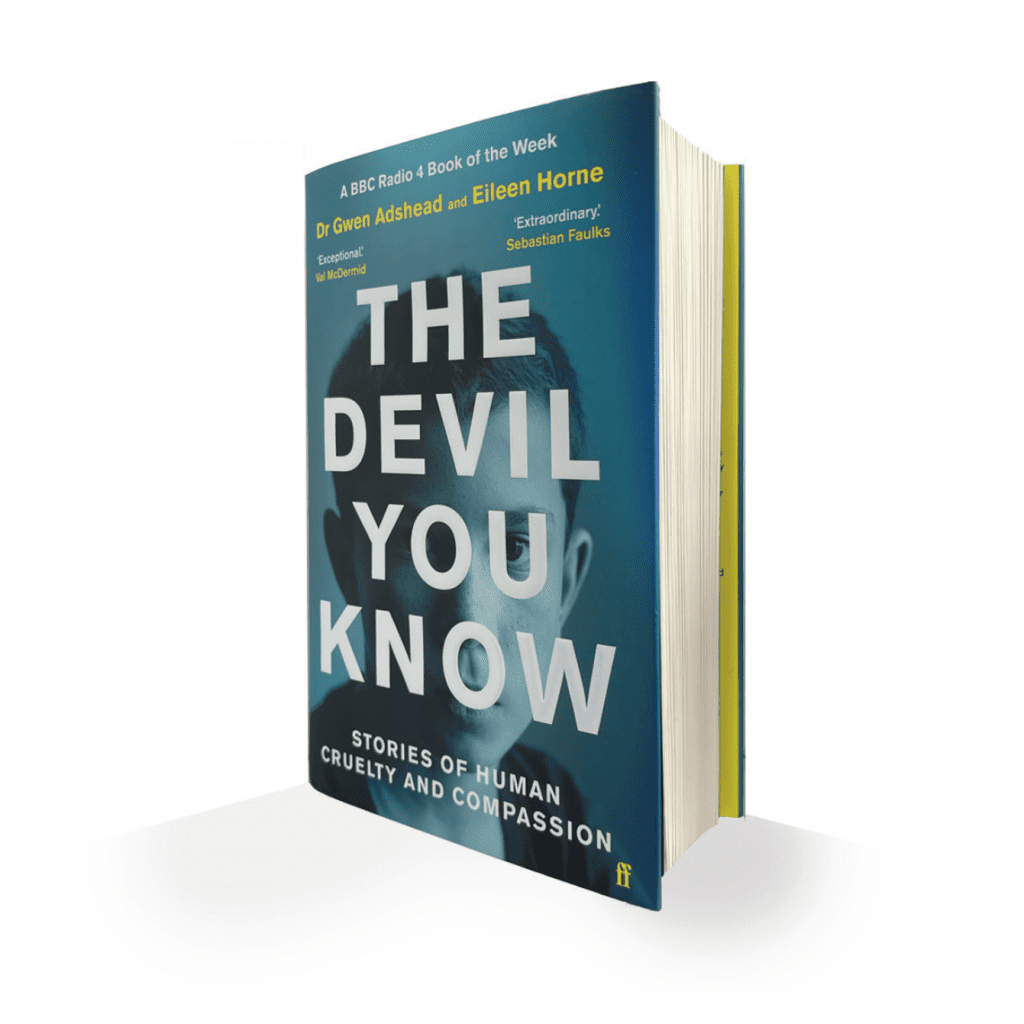 Well Read – The Devil You Know: Stories of Human Cruelty and Compassion 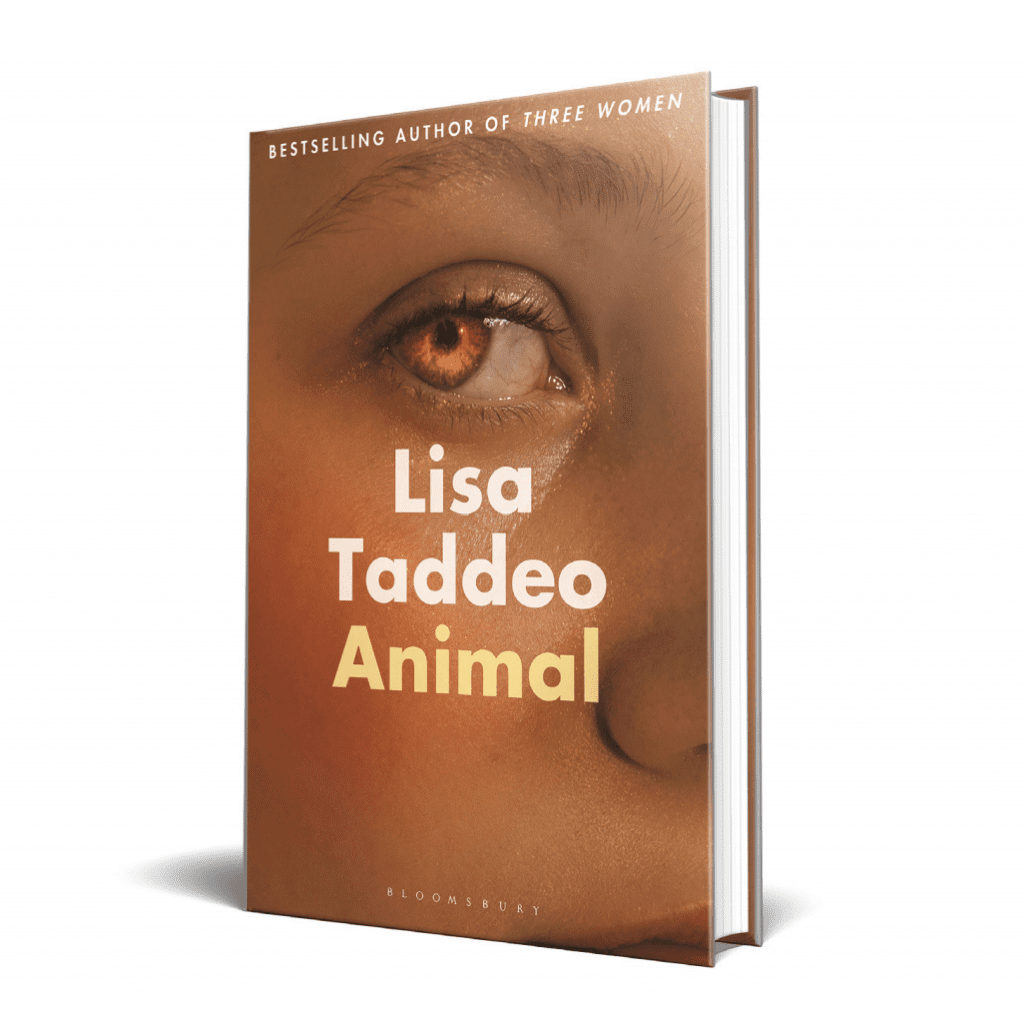