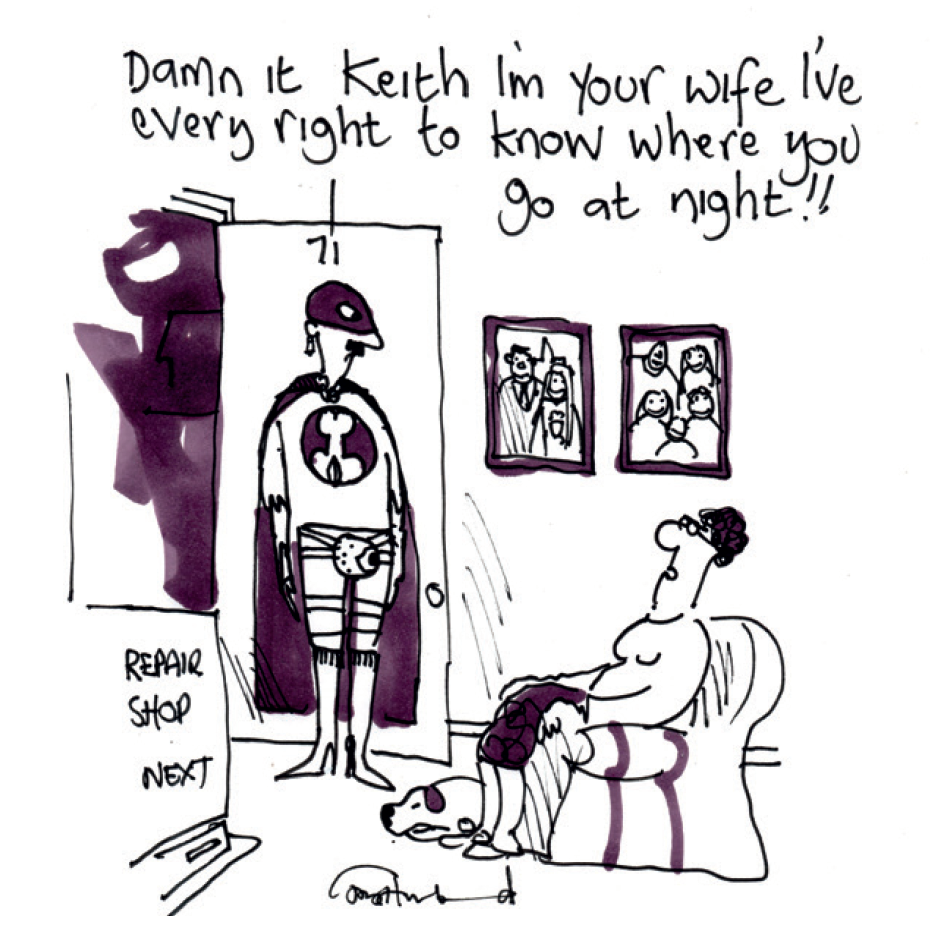 Are there any two words that thrill the prurient masses more than “sex cult”? I’m as guilty as anyone and vividly recall when I first heard, via a tabloid in the early ’80s, about the Children of God, who practiced “flirty fishing for Jesus” – or what Wikipedia nattily describes as a form of “evangelical religious prostitution”. I couldn’t help but think services at my local C of E church might be enlivened by copulators for Christ writhing in the nave.

Since then (in my professional and nosy Parker capacity) I’ve read up on some of the more notorious sex cults, with a mixture of fascination, amusement and mild dissent. There’s Aleister Crowley’s Ordo Templi Orientis, with its practice of “sex magic”, where you utilise the energy of your orgasm to achieve your aims in life; basically the sex-and-Satanaddicts’ version of “asking the universe” to gift you a Maserati. Any child of the ’70s remembers tales of guru Bhagwan Shree Rajneesh, also known as Osho, who presided over drug-induced orgies at the Rajneeshpuram commune in Oregon. More recently NXIVM hit the news in the States for sex trafficking under the auspices of being a “multi-level marketing company”.

After all this research, you’d have thought I would have recognised San Francisco-based OneTaste as a sex cult when I stumbled across it back in 2011. But I didn’t, perhaps because there wasn’t a bloke in charge. The subject of an upcoming BBC podcast, The Orgasm Cult, by investigative journalist Nastaran Tavakoli-Far, I first heard about OneTaste when I was sent a book titled Slow Sex: The Art and Craft of the Female Orgasm, by its founder, Nicole Daedone. The basic premise was that our wham-bam, penetrative attitude to sex was unhelpful to women, who need a slower focus on the clitoris as part of a gentler, all-over sensuality.

I was intrigued by OneTaste’s mission and, since I happened to be headed to San Francisco for a week, I put in a request to interview Daedone. At the time, her stock was sky-high, following a Tedx talk titled, “Orgasm: the cure for hunger,” and when we met I was instantly taken with the smart, funny, persuasive red-headed sex goddess. I couldn’t fault Daedone’s logic when she said the male orgasm isn’t a thing of great mystery, whereas the female orgasm is elusive and should be approached differently – rather than striving for the sort of simultaneous climax via penetration you only see in the movies.

Her proposed route to this new, super-sensual nirvana was via the practice of orgasmic meditation, or “OM-ing”. This involves a woman finding a meditation partner – male or female – who becomes known as “the stroker”. The recipient of stroking then reclines on “a nest of pillows”, naked from the waist down, while the stroker sits by them very, very lightly massaging the clitoris in a prescribed fashion for fifteen minutes, while describing what they see: “Behold! Your yoni’s the exquisite pink of a conch and unfurls like an orchid in a rain forest…” and so on. The idea, largely borrowed from Tantra, was to re-sensitise the body and not reach a climax, rather like charging up a sexual battery. I should add that all the women I met at OneTaste looked very high voltage.

The part of OM-ing that made commentators froth at the mouth with delighted indignation was the fact that Daedone – or one of her disciples – would preside over a room filled with nesting, stroking couples.

OneTaste wanted their practice to be rolled out in gyms, like yoga classes. I told Daedone that while the concept might fly in San Francisco, rainbow city of polymorphous perversity, I doubted Brits would take to it en masse. I wrote in the Daily Mail (the paper of record on UK orgasms) that: “the reticent UK temperament has never seemed ideally suited to eastern notions of advanced sexual practice… On some innate level we Brits fear the rigorous effort and sincerity required to reach higher levels of sexual ecstasy might demand a humour bypass – the simple truth is many of us rate laughing in bed over multiple orgasms.”

This turned out to be prescient. OM-ing gained traction in the States where Daedone was championed by Gwyneth Paltrow’s site Goop, but remained niche in London. I stayed in touch for quite a while with Daedone, who always seemed a blast – but I could see Silicon Valley money men were pushing her to “monetise” a hippy-shit pursuit. OneTaste followed a predictable storyline: obscurity-to-glory,
hype-to-disappointment, mass-thrills-toexposé. I haven’t heard the podcast yet, but there are serious allegations of malpractice and exploitation, including systemic overcharging for something most feel should be free at point of contact: orgasms.

I’m sorry because my gut instinct felt Daedone was trying to teach the world to come in perfect harmony. Furthermore, “slower” and “gentler” are words many women reach for in bed. I fretted for a while that the age of the sex guru was over. Then I found that Google’s search engine is frequently asked, “Are there sex cults I can join?”. The answer, you’ll be glad to hear, is yes, yes, YES!