Ode to an additional urn, and of babies loved and missed

I am bad at informality. I like a handshake. I like a tablecloth. I have quite an active Sir Walter Raleigh side: a courtliness developed down the years because people have long turned to me during their rites of passage for support, both emotional and catering. I rarely attend a wedding or baptism without bringing along a tiered cake. Corners of my house resemble a St John’s Ambulance tent. Still, I was surprised to find a second tea urn on a recent attic clear-out. Where did that come from? It was gleaming stainless steel with a see-through water gauge, an energy-efficient, keep-hot setting, a perky little shiny black tap, eight litres in capacity. My other urn holds twelve – to paraphrase the car-sticker of old. His ‘n’ hers tea urns? Romeo-and-Juliet urns? No. Two urns is too many. One’s too many, in reality. During my urn-musing a friend phoned to tell me that her latest tidying guide recommended sorting possessions into three piles: for the person you are, the person you used to be and the person you hope to become. She was teetering on the shores of an existential crisis I was keen to avoid, for those were far wider questions than what to throw out, surely.

I decided to give the smaller urn away. I stroked its lid tenderly by way of adieu. It had quite a lot of personality – a descendant of the Tin Man in its way. I thought of the mysterious thing the Wizard of Oz tells the Tin Man towards the film’s close: “A heart is not judged by how much you love, but by how much you are loved by others.” Such a strange statement. It’s the playboy’s mantra, essentially. I thought of the best bit in Keats’ Ode on a Grecian Urn, with the deserted little town and the seashore emptied of villagers who are embarking on their sacrificial duties. I thought of Ode to a Nightingale, my favourite, where the poet comes out of the poem for a bit to describe sad-hearted Ruth, “in tears amid the alien corn”. I saw myself Ruthlike and urn-less for a moment. Is that what you want? I tucked the urn back in its box and took it back upstairs. “Stand your ground but hold your horses,” my mum once said to me with a look of great portent. It’s an invaluable exhortation, justifying all human behaviour.

During the third lockdown I read a lot of literary criticism. When I can’t read, reading about reading helps. Sometimes the enthusiasm for enthusiasm sticks. The thing that struck me as most daring was a line from an essay on Keats in Poets in their Time by Barbara Everett, who taught me at university and remains the cleverest person I’ve ever met (sorry, Dad). “Certainly, To Autumn is flawless, one of the poems in literature that one would least want to raise doubts about. And yet there is something terminal in its perfection. At moments it seems ‘good’ in the way that a child will be called ‘good’, when what is really meant is that its spirit is broken. In the Ode’s perfection is something of defeat.” Yoking perfection to defeat is an idea that appeals. I’ve always hoped that good and bad together are better than good alone, which can seem moated and blanched at times.

I saw Love Island for the first time this week. I’ve never been tempted, but on the same day that a writer friend told me sternly that we cannot not know about such things, some teenagers asked me to watch with them, and I was flattered. Nothing happened for ages but then – something truly squalid. One of the contestants kissed his female companion at some length then announced to her
and to the cameras: “Job done.” The teens flinched visibly. The whole thing was so ugly, miles worse than the “Good job!” nursery teachers patronisingly crow to the mini finger-painters. We agreed it was a terrible lapse of both style and humanity. I told them that a 90-year-old friend thanked me for his birthday flowers recently, saying repeatedly, ‘I take it very kindly.’ I hope that makes a comeback. 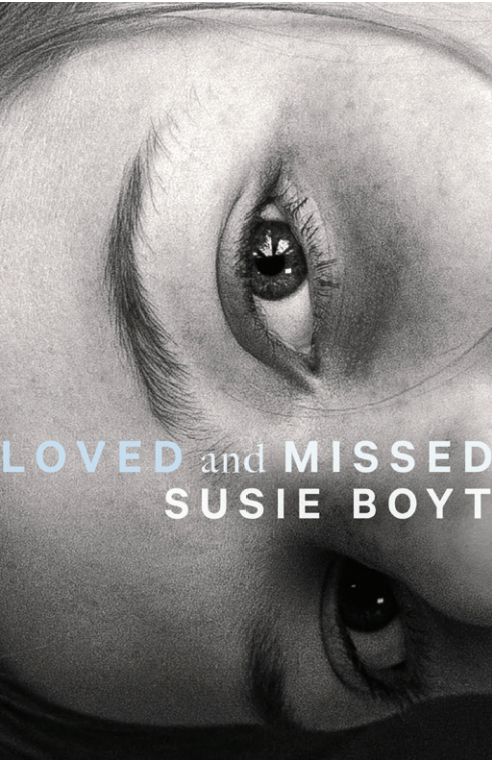 Loved and Missed, my seventh novel, comes out this month. It’s the story of a youngish grandmother who sells a small Sickert picture, goes to the christening of her spectacular grandchild and buys the baby from her drug-addicted daughter. As the three lives unfold over the next fifteen years, the book explores the limits, disappointments and excesses of love in all its forms. I wanted the reader to live alongside these characters, like a neighbour almost, and see what balancing such a delicate situation might feel like, day to day. The title came during a visit to Highgate Cemetery when I peered at a gravestone and heard myself laugh. Loved and Missed. It sounded like the woman tried to love but it somehow didn’t work; or the love didn’t land, or the target moved, or perhaps she just wasn’t very good at it.

I whipped out my pen.

Susie Boyt is the author of six other acclaimed novels and the much-loved memoir “My Judy Garland Life”. She writes columns and reviews for a variety of publications, recently edited “The Turn of the Screw and Other Ghost Stories” by Henry James for Penguin Classics and is a director at the Hampstead Theatre in London