Capitalism and its discontents

Prussian general Carl von Clausewitz famously said in 1832 that war is politics by other means. Capitalism, some critics now argue, is war by other means. “Austerity is another term for class war,” is an arresting line from the eponymous star of a new six-part series, In The Eye of the Storm – The Political Odyssey of Yanis Varoufakis. I helped produce the series, directed and edited by Raoul Martinez, which premiered at the HotDocs documentary festival in Toronto in April and looks at late-stage capitalism through the journey of the charismatic former finance minister of Greece.

The series feels timely, as the global economy falters but casino capitalism romps on regardless. Witness the world’s richest man, Elon Musk, buying Twitter for $44bn.

According to a recent NYT article titled “How many billionaires are there anyway?”, quoting Forbes, the world created a new billionaire every seventeen hours in 2020, the first year of the pandemic.

But we no longer notice, much less care, about obscene wealth inequality. Television feeds us a diet of playboy billionaires in Dubai at 8pm, oligarchs in Moscow-on-Thames at 9pm, and food banks on the news at 10pm. Most have switched off by then. The same NYT piece sums it up neatly, concluding that billionaires “are the purest distillation of the brutality and stupidity of arranging a society in this way.”

Brutal and stupid maybe, but they are the unquestioned orthodoxy. Varoufakis and others like him remain voices in the wilderness. Will anyone listen? To borrow a well-worn economic phrase, I no longer have “rational expectations”.

You never have to wait too long for a war. It’s nearly twenty years since the Iraq war started, and who can forget Syria, or indeed Libya? Now the war machine’s latest horror show – Ukraine. If you doubted this was a proxy war, then on 25 April the US Defense Secretary, Lloyd Austin, removed all doubt when he said: “We want to see Russia weakened to the degree that it can’t do the kinds of things that it has done in invading Ukraine.”

All wars have a loyal band of armchair warriors, cheerleaders and chicken hawks. I was opposed to the Iraq war and am opposed to that in Ukraine. I find neither glory nor heroism in war, yet I can walk and chew gum at the same time – while opposing the invasion, I can also pose tough questions about western motivations and actions in the lead-up to the war and our conduct in fanning the proxy one.

One day, the full story will be told. Remember that Chilcot took seven years to investigate and publish its Iraq Report, which arrived thirteen years after the war began. Still more remains to come out.

But with so much to say about Ukraine, let me restrict myself to a couple of observations. I spent the bulk of my career working in or for the BBC. I spent nine years soaked in archive footage of the Iraq War, and yet I am struck by the breathtaking contrast, in tone and content, between the media’s coverage of the wars in Iraq and Ukraine. Were they not both illegal wars of aggression?

And what of the differing response to the Ukrainian refugees, desperate people who need and deserve help, compared to the treatment and reception of previous (equally desperate and deserving) refugees fleeing our wars in the Middle East? An ITV reporter exclaims: “The unthinkable has happened… this is not a developing third world nation, this is Europe!”, while a BBC presenter says they “understand and, of course, respect the emotion” of a Ukrainian official lamenting that “European people with blue eyes and blonde hair are being killed.” There are worse examples.

As for the politicians’ response? Well, it fell to a comedian, as it often does, to tell it straight. On the BBC’s Question Time show, the Save The Children ambassador and comedian/writer Dom Joly said: “I cannot, for the life of me, see what the difference is between Ukrainian refugees and Syrians and Afghans. Well actually I can, and I think that is one of the reasons, for instance, that there were no visa offices set up at Calais, because they did not want the wrong sort of refugee or immigrant turning up.” Quite. I too was once one of those “wrong sort” of asylum seekers.  I know how they feel.

I think it was Mark Twain who wrote, “If you tell the truth, you don’t have to remember anything.”

Gordon Brown once quoted Twain on puritanism in a Number 10 press conference. He would have been better advised to read Twain on truth. But then war and ambition do strange things to men’s minds. Peter Hitchens takes up the story in this tweet: “Astounding to hear Gordon Brown on BBC Radio 4 righteously demanding war crimes trials for aggression. Has he forgotten he was in the Cabinet which invaded Iraq? His interviewer also never mentioned it.”

Nor any other interviewer, for that matter. Is this collective amnesia some unknown side-effect of Covid? Or is Brown envious of Joly and trying out for a part as straight man to Boris’s clown act? The man who bankrolled the Iraq War now fulminates against Putin, safe in the knowledge that he and his fellow architects of the Iraq War will never face the very same International Criminal Court that he exhorts to action now. Most estimates of the death toll in Iraq now put the figure at one million. That, for those like Brown with a penchant for numbers and spreadsheets, is equivalent to waking up to 9/11 every day for 333 days.

The media’s omertà over Iraq extends to Tony Blair. However, they found space for him to call for a more muscular western stance against Russia. With five wars under his belt, Tony Blair is living proof that Clausewitz was right. The world will never be short of refugees, nor the wars that create them, nor the men who love them.

Amir Amirani is a filmmaker, writer and journalist. His film, “We Are Many”, is available on Amazon Prime; he co-produced “Coup53” also available online; and was most recently Producer and Executive Producer of the six-part series “In The Eye of the Storm – The Political Odyssey of Yanis Varoufakis.” He is the founder of Visible Features (visiblefeatures.com) 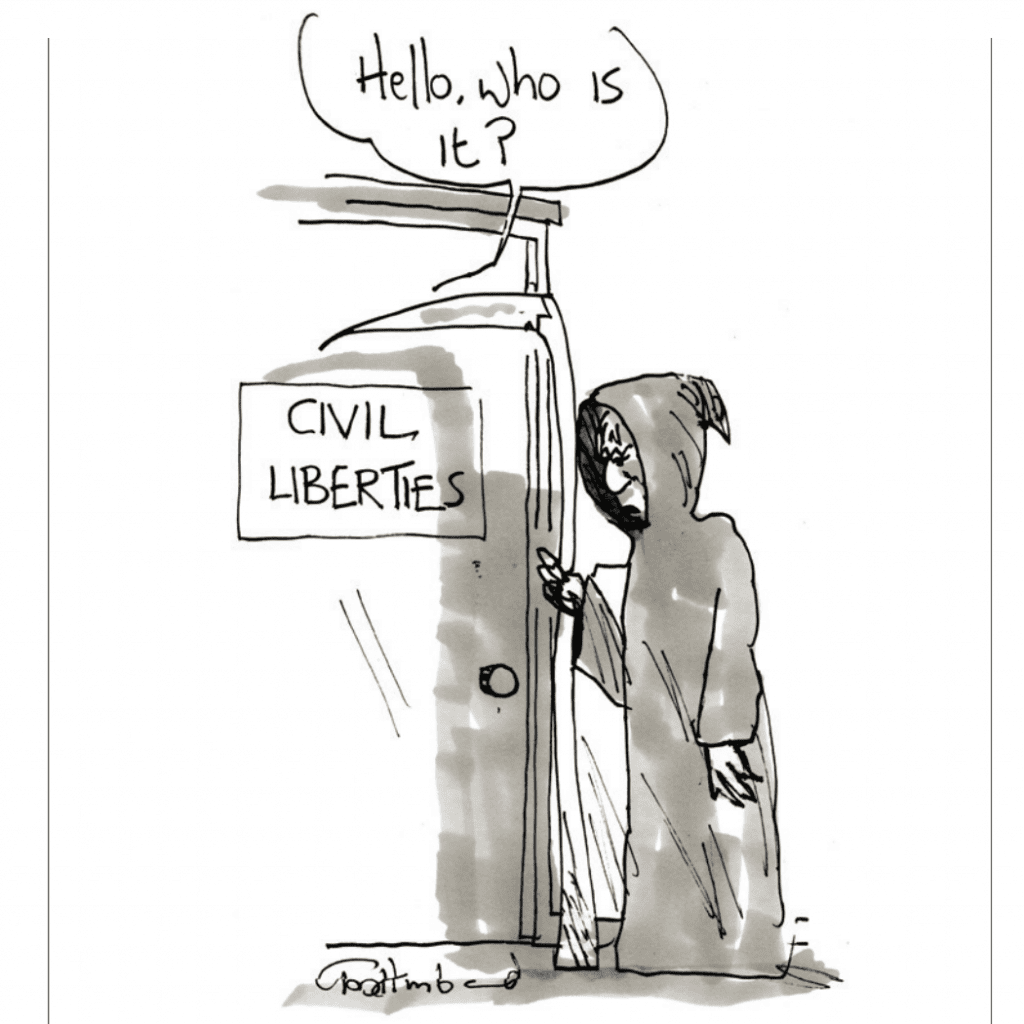