Parish, who has resigned, is not alone. We now know that more than 50 MPs – including cabinet and shadow cabinet ministers – are facing allegations of sexual misconduct, ranging from sexual harassment to even more serious behaviour. There is clearly an extent to which this sort of behaviour remains tolerated, even normalised, at Westminster and it has serious consequences not just within Westminster itself, but beyond. In the most serious instance of sexual wrongdoing by an MP to date, the Conservative MP Imran Ahmed Khan was last month convicted by a court of sexually assaulting a fifteen-year-old boy after plying him with alcohol. His colleague Crispin Blunt stepped in to defend him, saying he was “distraught” at the “miscarriage of justice”, and claiming his crimes were “minor on any scale”. Yes, you read that right, an MP stood up for a convicted child sex offender and minimised his crimes in 2022.

Voters are well within their rights to wonder what on earth is going on. Like the entertainment industry and the business world, Westminster had its own raft of #MeToo allegations of sexual harassment and rape that surfaced back in 2017. Political parties and the Commons authorities promised to root out the misogyny and change the culture. Five years later, it would appear little has changed.

These revelations are a salutary reminder that the rhetoric to “do better”, or “a bit of training”, cannot be enough to tackle problematic attitudes towards sexual consent at work. Women who come forward to make their stories of assault public are being failed on two levels: they should not feel obliged to do this in the first place, and when they do, it achieves little once the headlines have died down. The only way to change the culture is to have a zero-tolerance approach and make it much easier for victims of harassment and assault to report such crimes, regardless of whether they are a senior MP or a junior member of staff. That necessarily involves changing the relationship between MPs and their employees, ideally so that juniors are employed by the House of Commons rather than directly by MPs.

It has been depressing to see some MPs claim that the Commons is “just a microcosm of society” and therefore “bound to reflect the problems it has at large”. The public should, and do, expect MPs to set an example. This will only happen if political parties choose to make cleaning up Westminster a priority, not something that attracts commitments when in the spotlight, only to fade into the background when the world is looking elsewhere.

Freedom bus passes
Boris Johnson has given perhaps his most revealing statement yet, in response to an interview question. Earlier this month, Good Morning Britain’s Susanna Reid told him about a 77-year-old woman who can only afford to eat one meal a day and who spends every day sitting on buses to keep warm, because her energy bills have quintupled in recent weeks. Johnson’s initial response was to claim approval for having introduced the freedom bus pass that allows her to travel for free.

In fact, Johnson was wrong on that point, though it’s far from the first time he’s misled the country on a matter of policy. Aside from his propensity to make things up, it says so much about the Prime Minister that his first thought was to claim credit for a policy that wasn’t even his, rather than engaging with the awful situation that this pensioner – and millions of other low-income families – find themselves in. There was hardly any empathy and zero recognition that the dreadful choices families face are a result of his government’s policy; nor did he offer any meaningful solutions.

Some of the escalating cost of living is due to factors outside the government’s control – rising energy prices and the war in Ukraine. But much is to do with the political choices Conservative ministers have made since 2010: to load the burden of spending cuts onto low-paid parents by cutting benefits and tax credits, and to spread financial help with energy bills thinly across the population rather than targeting support onto those who are struggling most. The rise in prices caused by a very hard Brexit will also continue to dampen productivity and wages for years to come.

Reid’s interview captured the extent to which Johnson is part of a group of entitled, overprivileged Conservative politicians, who have no understanding of the difficulties facing people with far less than them, no interest in developing that understanding, and no concern for the increases in child and pensioner poverty that have been forecast for coming years. It offered an unusually unfiltered insight into the casual callousness of the prime minister. 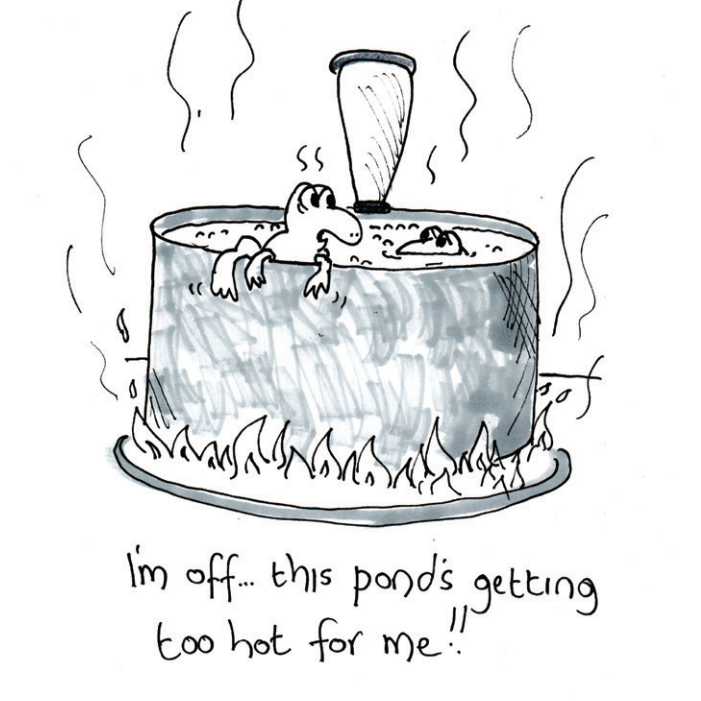