Time for a rethink and changes to the rules

We want our stars of the contact sports to be brave. They are our modern day heroes and we expect them to be heroic. Our footballers must be first to the ball, unflinching in the tackle and fearless in the air. What better sight is there in football than to see a lightning fast winger speed towards the corner flag before sending an inch-perfect cross into the box where the ball is perfectly met by a flying striker’s diving header and sent crashing into the back of the net? That striker, leaping through a confused melee of arms and legs and heads and boots — that’s what I call bravery.

And our rugby players must, if anything, be braver still; even in open play their sport is all about bone-crunching tackles and thudding painfully to the ground. As for the set pieces, they can be terrifying just to watch. In the union version of the game, a team’s eight-man forward line forms into a ferocious-looking fighting unit as it shapes up to face the opposition forwards for a scrum. The front row of three join together in a line, arms over each other’s shoulders, and behind them the remaining forwards pack in tightly, bent at the waist and ready to push with every ounce of strength they possess. At the referee’s signal the two packs crunch together, the opposing front rows locked head-to-head and shoulder-to-shoulder.

So why then are we not doing more — and doing it urgently — to protect them from life changing head and brain injuries, from rapidly increasing cases of various forms of dementia, and even from death?

Rules have been tightened in recent years to lessen the impact and increase the safety of these massive collisions, but with most professional packs weighing in at 800 kilos (that’s 1764 lbs or 126 stones in old money) or more, the impact and the stress and strain on body and brain as the two scrums battle for superiority can still only be monumental.

Then there are our boxers. Crowds cheer and scream their encouragement and approval when two mighty heavyweights stand toe-to-toe, throwing in massive head and body shots, thumping the living daylights out of each other until either the referee steps in to end the carnage or one of them lies pole-axed on the canvas. The crowd roars and the exhausted victor, frequently in only marginally better shape than his opponent, triumphantly raises his weary arms. But at what eventual cost?

From time to time, at the conclusion of a particularly special sporting triumph, or even defeat, one of our brave warriors, wounded in the heat of battle, is photographed leaving the battleground (sorry, the pitch), bloody but unbowed. The most compelling of these pictures see the hero with a bandaged head, the bandage probably blood stained and coming undone, with the loose end trailing down over one
shoulder. The hero’s shirt might be torn a little or even ripped apart completely, his socks down around his ankles and, perhaps, he is carrying his muddied boots. His face is streaked with a mixture of mud, blood and sweat, but the proud gladiator has survived. To fight another day. To do it all over again.

These photographs, when they occur, are splashed as big as possible across every back page of the following day’s national newspapers. Inevitably, they also feature on the front pages of some, proving as ever that a great picture is worth a thousand words and reinforcing the fact that we really do love our sporting heroes.

to put it in some sort of perspective, we’ll look first at England’s World Cup winning football team of 1966. There were no substitutions back then, so the eleven players who started the match also finished it. Of those eleven, four have died of dementia related illnesses, and one more, Sir Bobby Charlton, arguably England’s greatest ever footballer, has been revealed as suffering from the condition.

But if all the above is accurate, and we love those sporting heroes so much, surely we therefore care greatly about their lifelong wellbeing. So why then are we not doing more — and doing it urgently — to protect them from life changing head and brain injuries, from rapidly increasing cases of various forms of dementia, and even from death? The words are stark but so are the statistics, the research and the scientific and medical evidence.

Let’s consider some of the facts. There have been and continue to be numerous cases of dementia within professional football, but to put it in some sort of perspective, we’ll look first at England’s World Cup winning football team of 1966. There were no substitutions back then, so the eleven players who started the match also finished it. Of those eleven, four have died of dementia related illnesses, and one more, Sir Bobby Charlton, arguably England’s greatest ever footballer, has been revealed as suffering from the condition.

The four to have died are Sir Bobby’s brother, Jack, who died in July last year with lymphoma and dementia, Martin Peters, who died in December 2019, having made his Alzheimer’s diagnosis public in 2016, Ray Wilson, who died in 2018 after 14 years with Alzheimer’s and, most recently, in late October of last year, Nobby Stiles, who was suffering from health problems including dementia. That is almost fifty per cent of the team and it is of course, just one team. And yes, it was a long time ago and the leather footballs back then were heavier than today’s, especially in the wet, but head injuries, and the resulting health issues, have continued to occur through the generations and remain all too common in the modern day game.

Former Tottenham Hotspur, Hull City and England midfielder, Ryan Mason, was forced to retire from playing after fracturing his skull in a sickening clash of heads with Chelsea’s Gary Cahill in a match at Stamford Bridge in 2017. Mason, now a member of the Tottenham coaching team, is among many in the football world including Gary Lineker to have called for heading to be banned in children’s football.

These calls have received positive responses from football associations in England, Scotland and Northern Ireland, resulting in a ban on children up to the age of 12 heading the ball during football practice. Mason also said last year that he would not be surprised if heading was no longer part of the professional game within the next 10 to 15 years. And there have already been calls to ban heading in professional football training or at very least to drastically reduce heading training sessions. The head injuries facts in football are becoming increasingly clear, with a study last year revealing that footballers were three-and-a-half times more likely to die of a neurodegenerative disease than the general population.

But what about head injuries in other contact sports? Rugby World Cup winner, Steve Thompson, who played in every England match in the triumphant 2003 tournament, shocked the sporting world at the end of last year when he revealed that he can’t remember any of those matches, even the final. Now he is part of a group of players launching legal action against the sport’s governing bodies for injuries they claim were a result of playing rugby. Thompson, 42, was a front row forward, playing as hooker. He was capped 73 times for England and three times for the British and Irish Lions. He has been diagnosed with early onset dementia and probable CTE (Chronic Traumatic Encephalopathy) a progressive degenerative disease of the brain found in people with a history of repetitive brain trauma.

In boxing, CTE is still widely known as being punch drunk. It is an horrendous condition, for which there is no specific treatment, and can lead to dementia. Incredibly though, the condition has in the past been seen as something of a comic turn.

And so we come to boxing. The cases of irreversible brain damage caused by punching in boxing, and also in kickboxing and some other contact sports, are numerous and worldwide. In boxing, CTE is still widely known as being punch drunk. It is an horrendous condition, for which there is no specific treatment, and can lead to dementia. Incredibly though, the condition has in the past been seen as something of a comic turn. Back in the 1960s, 1970s and even later, punch drunk characters occasionally appeared in feature films and television programmes, usually comedies. Generally these characters were included for little or no dramatic reason but just to get a few additional cheap laughs. No one is laughing now.

What is clear from all of this is that sporting bodies need to act more swiftly and vigorously to protect those sports stars we claim to love and admire, as well as the ones we don’t like so much. It may mean changes in the actual matches and/or in the training of the various sports, it may mean some form of protective headgear will have to be worn. After all, American football players wear helmets and amateur boxers wear head guards, although even these give no guarantee that head injuries can be totally avoided. All this is for the professional bodies, in consultation with doctors, scientists, the sports men, and increasingly, sports women, to address. And those at the very top of the various sports must take the lead and get on with it. Now.

There are fans, there are super fans – and then there is Rob Lewis who flew out to Sri Lanka last March to watch England take on the islanders, only to discover the tour had been postponed because of coronavirus. So Rob waited, and finally, 10 months later, he was
the lone stadium spectator as England began the rearranged series with a 10-wicket victory. Rob’s reward: a thank you call from England captain and double-century maker, Joe Root.

A star is born

Snooker has a new superstar in 20-yearold Chinese player, Yan Bingtao, who became the youngest Masters champion for 26 years when he beat Scotland’s John Higgins 10-8 in the final. Back in 1995, 19-year-old Ronnie O’Sullivan won the same Triple Crown event by an impressive nine frames to three. Ronnie’s opponent in that final was the very same John Higgins, who waited until 2006 for Masters revenge over ‘The Rocket’ with a narrow 10-9 victory.

Farewell to “The Voice”

Peter Allis, who has died aged 89, was a fine golfer of the 1950s and 60s, a winner of more than 30 tournaments and a Ryder Cup veteran, but when he hung up his clubs, professionally at least, he discovered a second career that would make him a sporting legend. As a television commentator he was peerless; so good that he became known simply as ‘The Voice of Golf.’

Written off as no-hopers before the three-match series even began, deprived of virtually all their star players, including their captain, their best two spinners and their entire first choice pace-attack, India pulled off an heroic series win over Australia with a magnificent, three-wicket, final-test victory in Brisbane, where, incidentally, the Aussies had not been beaten since 1988. 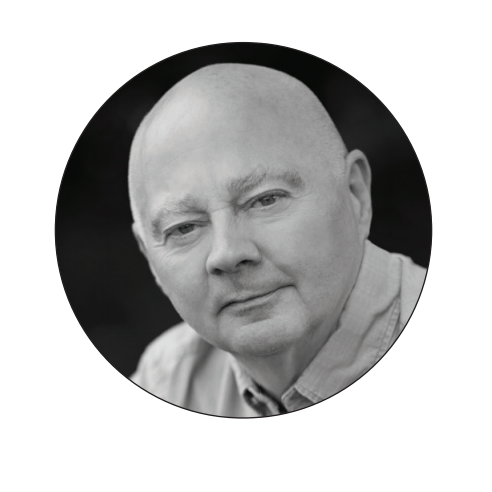 Robert Rigby is a journalist, author and scriptwriter. His sport-themed fiction includes the novelisations of the Goal! movies and the four official London 2012 Olympics and Paralympics novels for children. 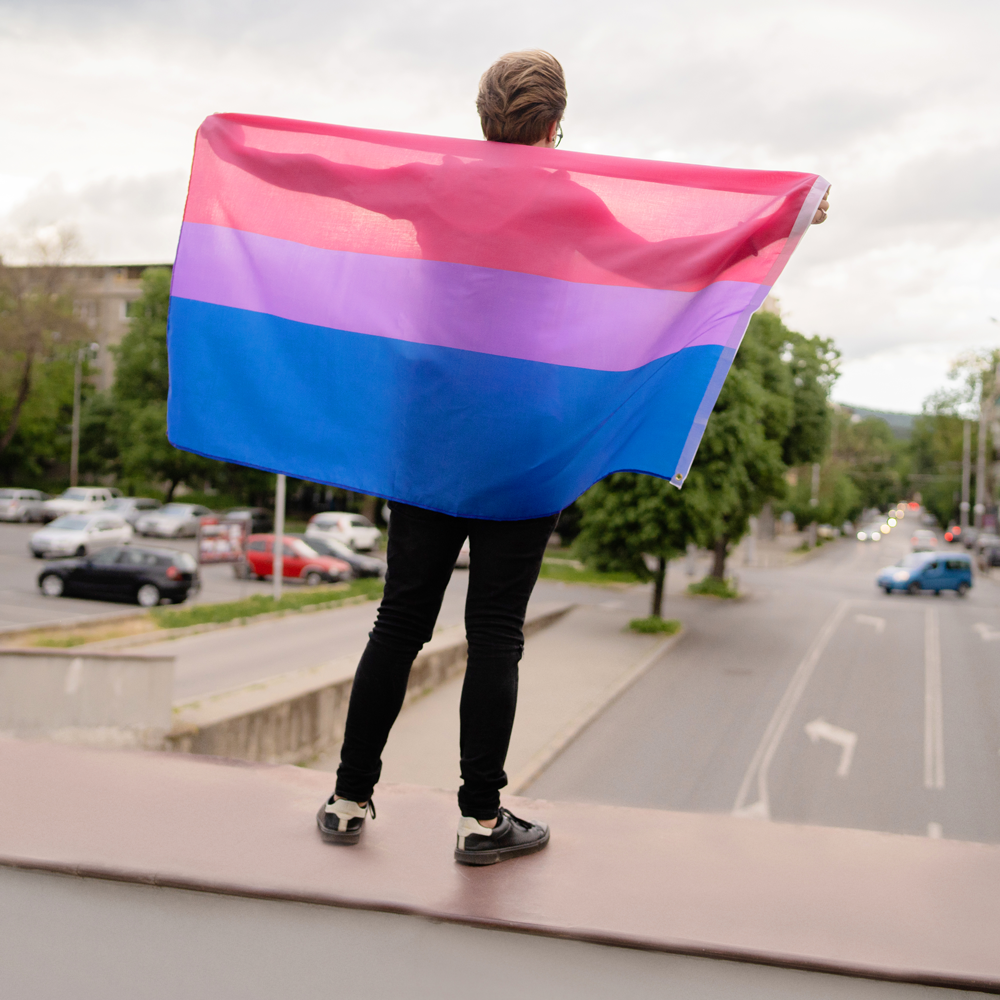 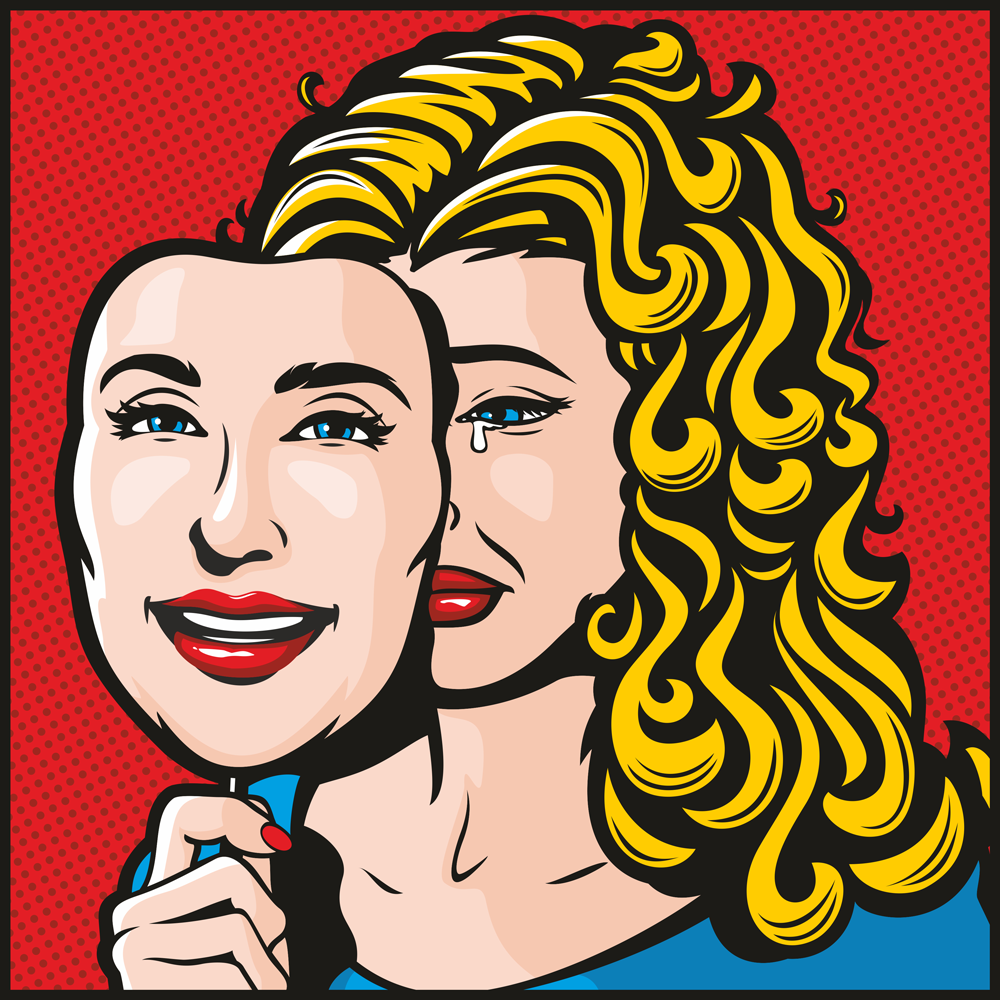 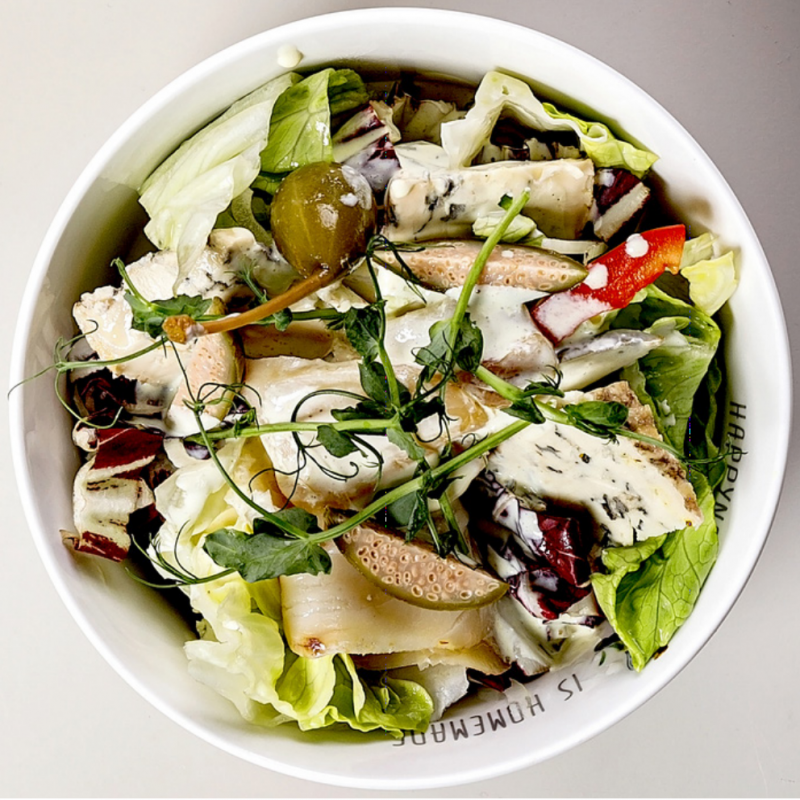 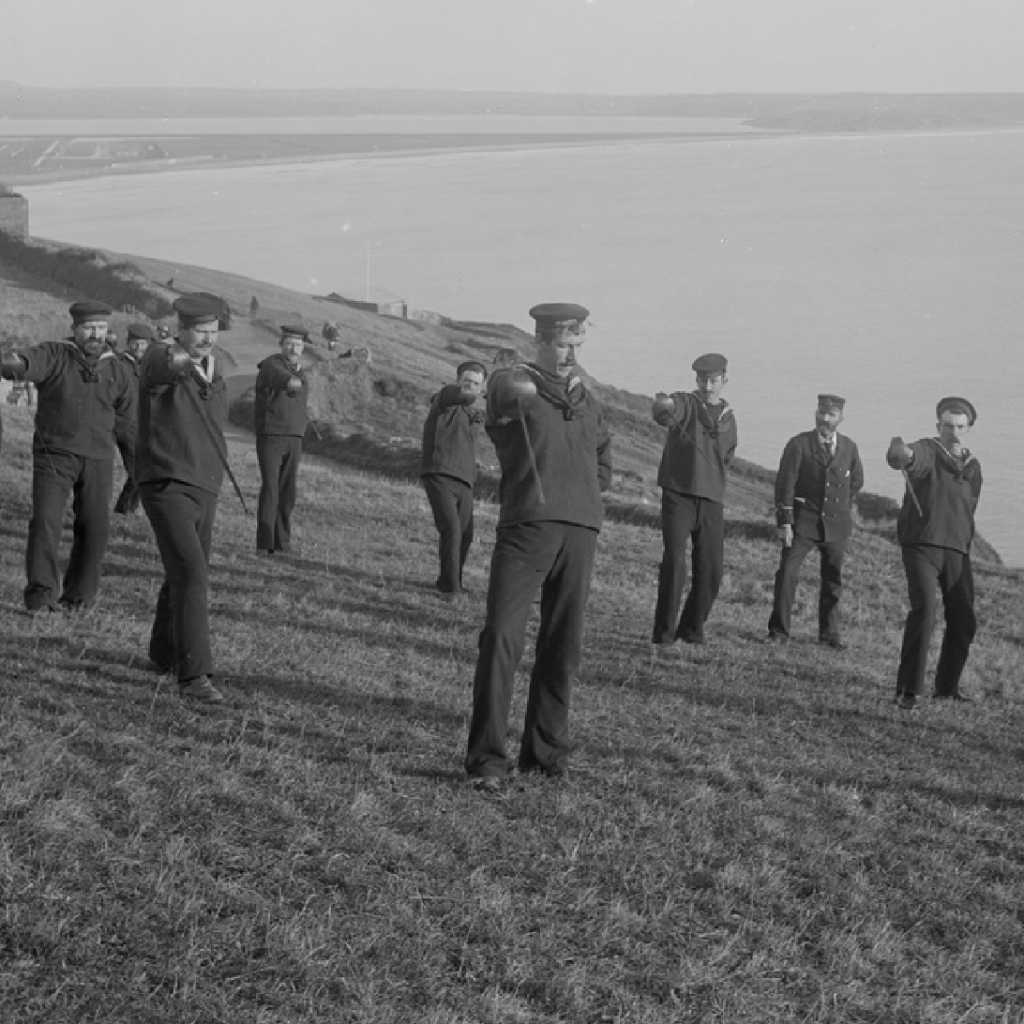