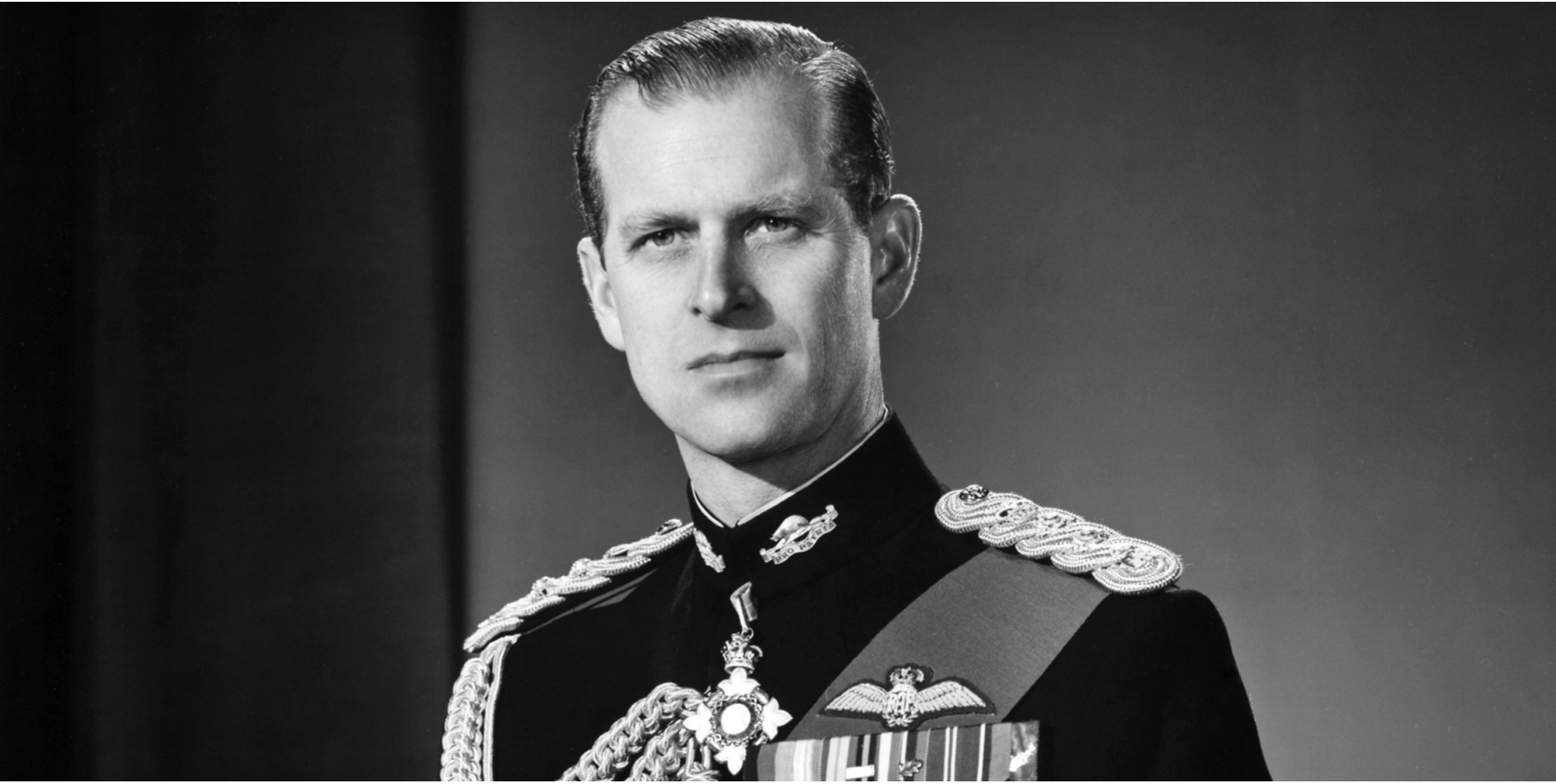 The public reaction to the passing of Prince Philip, Duke of Edinburgh, just two months short of his one hundredth birthday, demonstrated that as a nation we do continue to care about our royal family – although for many, not if that means missing an episode of EastEnders or the grand final of Masterchef. After the Duke’s death was announced, the BBC in its wisdom – or otherwise – decided to scrap all scheduled programmes on both BBC 1 and 2 for the entire evening and replace them with non-stop tributes to the Queen’s husband.

The decision speedily became the most complained about moment in British television history, as ratings plummeted, and more than 110,000 viewers contacted the Beeb to express their anger before switching channels or simply switching off.

The question of the monarchy and its relevance in our modern-day society, particularly with the current 21st century problems, is an on going issue that we last looked at back in November.

Coincidentally we took another poll just after Prince Philip died, and as you will see from the survey findings, the outpouring of generally positive sentiment that followed saw a small surge in support for the monarchy. We know that the Queen remains a popular and much loved figure, both in the UK and around the world, but after that the picture is less clear and arguably, less positive. Prince Charles has had a lifetime’s training for taking over as reigning royal when the moment comes. But with his personal history, much reported and endlessly discussed and debated, the heir to the throne has not always been the most popular member of the royal family. For some that opinion remains.

The Prince’s oldest son, William, next in line to the throne, is probably more popular with more of the people most of the time, but his and wife Kate’s reported falling out with younger brother Harry and his wife Meghan, has not endeared him to some. And in an interview with the BBC’s royal correspondent, Nicholas Witchell, William admitted that becoming King is not something he is necessarily looking forward to. The Netflix television series, The Crown, is a perennial ratings topper, with each series more highly anticipated than the last. Moving forward, the Windsor family must look to the real royal picture remaining as popular as the televised and glamourised version.

Last November, 61% of those surveyed were in favour of keeping our system of a constitutional monarch, whereas in the poll taken just after Prince Phillip died, that figure had risen to 68%. However, when the new vote was split between EU “Leave” and “Remain” voters, 79% of Leavers were in favour of retaining the system as opposed to 56% of Remainers.

Perhaps not without irony, given the reputedly difficult relationship between the Duke of Edinburgh and his eldest son, Prince Charles’s popularity has also risen. In November, slightly more of those polled, 40%, compared to 38%, were in favour of Prince William becoming the next King, with Charles standing aside.

Now the situation is reversed, with 44% compared to 36% in favour of Charles taking over as tradition demands. And on the question of whether or not the monarchy should be scaled back, operating on a smaller budget with less pomp and ceremony, more in line with other European royal households, there was a big majority in favour of change. A full 63% said it should be scaled back, with 29% wanting no change and 8% saying they don’t know. 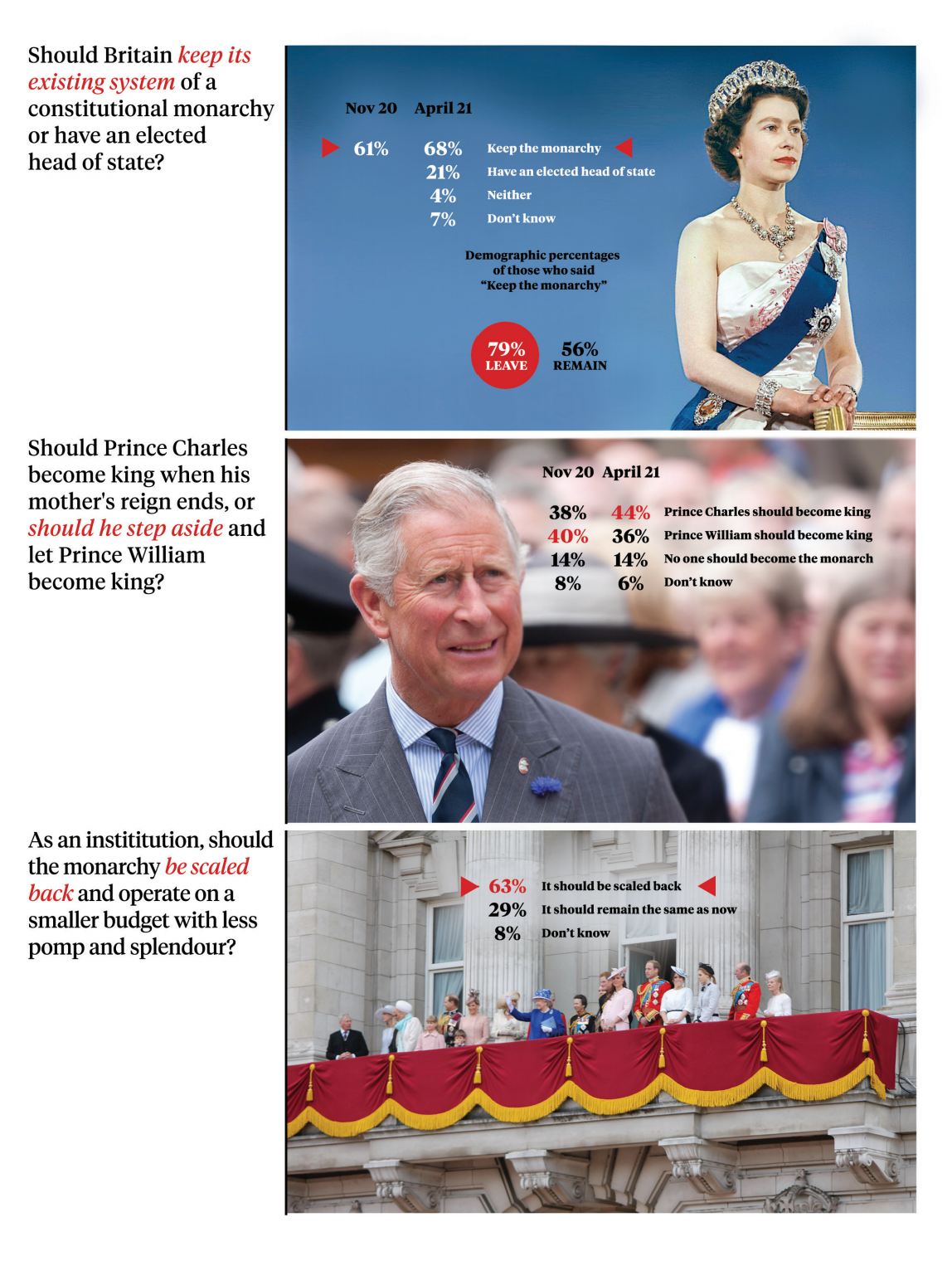 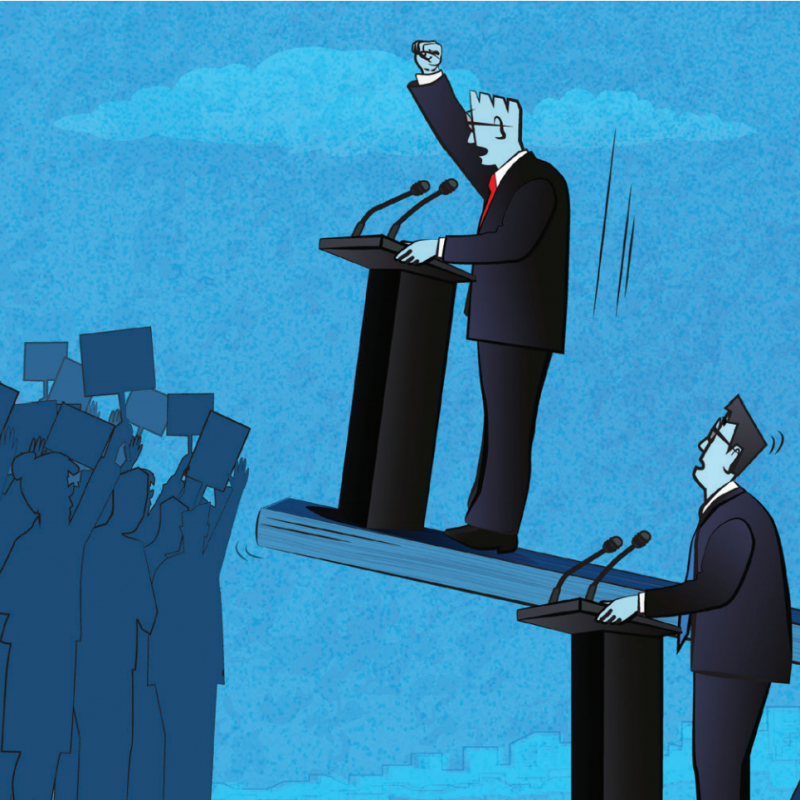 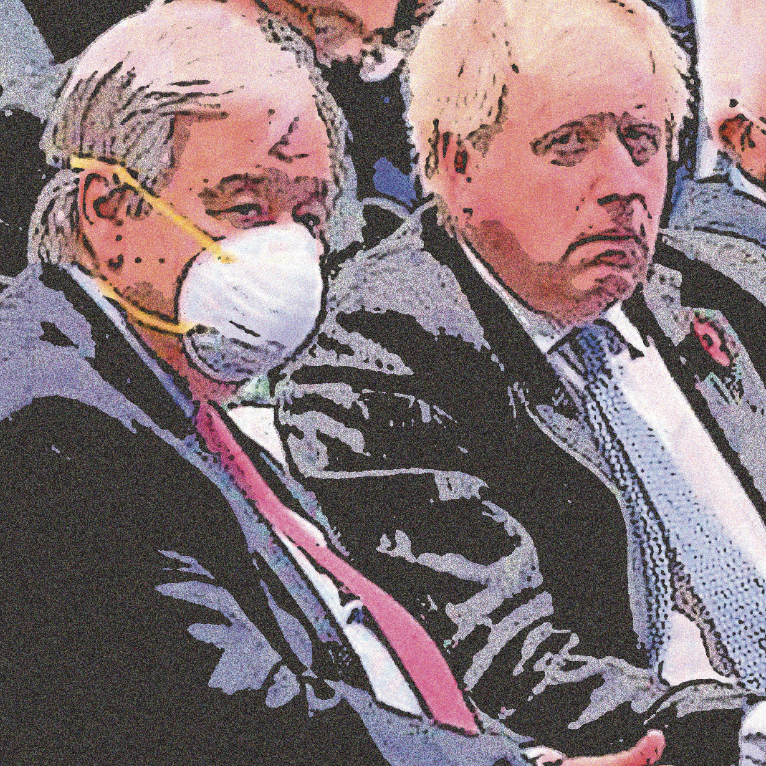