Wuhan hypothesis is no longer just for conspiracy theorists 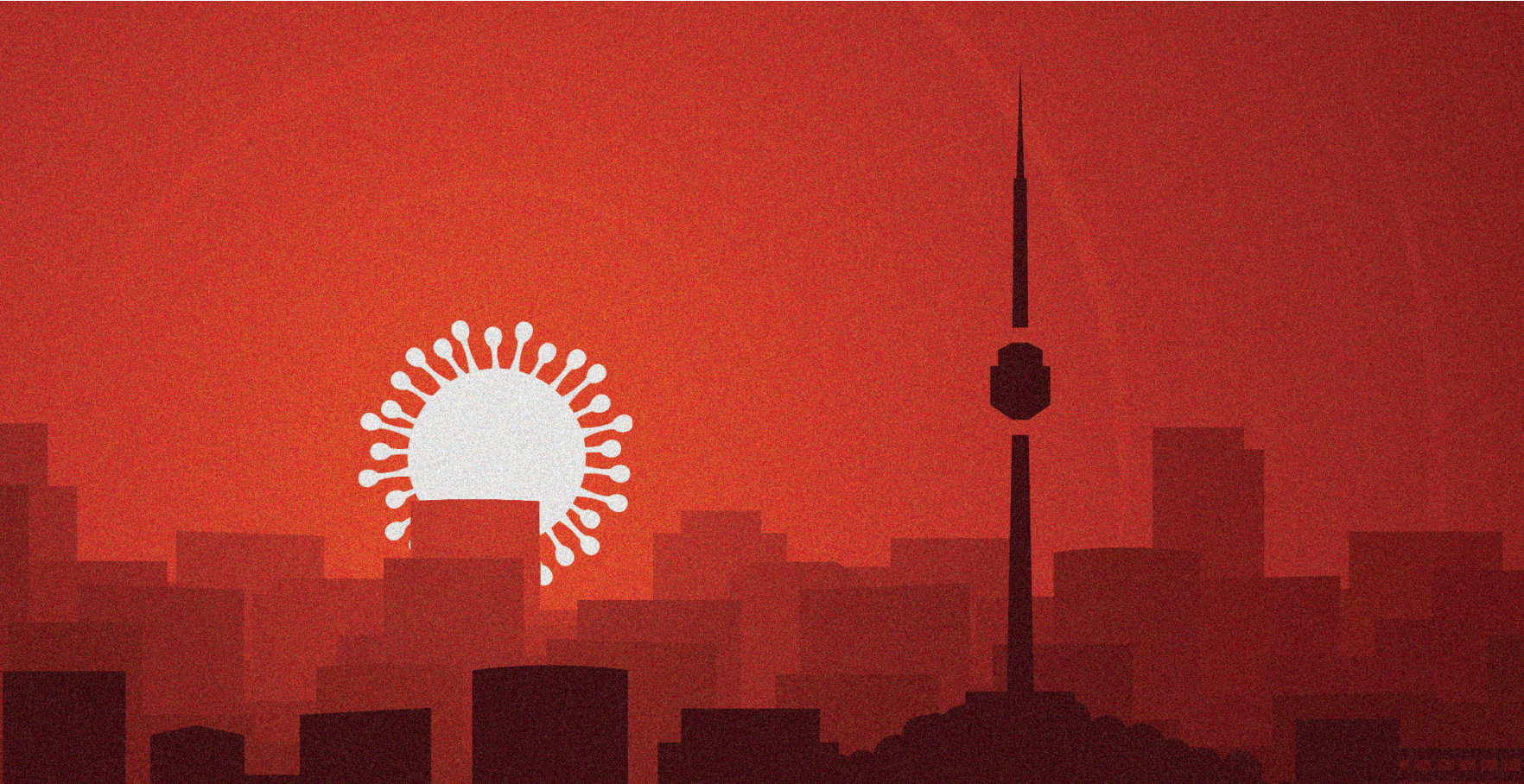 Covid-19 cases worldwide have now reached 174 million, with more than 3.75 million deaths. But despite global misery and disruption on a level not experienced since the Second World War, there remain innumerable Covid deniers and even more conspiracy theorists. After almost two years of hard evidence and harder facts, the deniers increasingly keep their own counsel, particularly when confronted by someone directly affected by coronavirus.

The conspiracy theorists, however, even without delving into the worldwide web or the more terrifying dark web, continue to spout multiple and frequently incredible theories: it was a deliberate plan, conceived by multinational pharmaceutical conglomerates or other global corporations, to make billions and increase share values. It was a conspiracy by a single or by numerous governments to spread panic and reduce numbers on an overcrowded planet, especially amongst the elderly – well, it’s certainly achieved that. It was terrorist fanatics all along.

And where did it come from? It came from a mineshaft hundreds of feet below the ground. It came from outer space. It came from Russia. It came from China. Ah…yes, China, and specifically, Wuhan in China. Well, after all the speculation, exploration and consideration, it appears now that the virus may well have emerged from Wuhan, but not directly from that nearby mineshaft where, some still maintain, it jumped from bats onto another species before making a further leap to humans in the marketplace.

No, the latest and potentially strongest claim is that Covid-19 is man-made, and created in a laboratory. Wuhan is home to one of the world’s leading coronavirus labs, the Wuhan Institute of Virology (WIV), which houses huge collections of bat samples and bat-virus strains. And despite earlier denials from the Institute, there are increasing claims by leading scientists that the Covid-19 virus may have somehow leaked during experiments. The obvious question is why was the laboratory messing around with such lethal viruses anyway?

Put simply, the answer is that coronaviruses already exist, so experiments on how to manage and make them safe are vital. But if the arrival of Covid-19 is down to human error in carefully controlled laboratory conditions, then this was an experiment that went catastrophically wrong and has consequently changed the world, perhaps forever. Little wonder, therefore, that no one, so far at least, has stepped forward to raise a hand and admit responsibility.

Rumours that Covid-19 originated from a Chinese lab leak began circulating in 2020 but were quickly denied as just another conspiracy theory. But these new claims by well-respected members of the scientific community give more credence to the lab theory. A former head of MI6 has said that if this is true then China has probably destroyed any remaining evidence, making the claims impossible to prove. The Wuhan Institute continues to deny that the virus escaped from their labs but doubts persist. Our survey asked simply whether or not the reports that the virus leaked from a Wuhan lab rather than being passed on from animals were true?

The single question provoked interesting feedback. While the smallest number, 4%, said the reports were “Definitely true”, the largest percentage, 39%, reckoned they were “Probably true”. There was a distinct generational difference in this answer too, with the younger age groups far more inclined to accept this possibility than the older groups. Among those who disagreed with the reports, 23% thought they were “Probably false”, a further 10% considered them “Definitely false”, and 24% answered “Don’t know”. 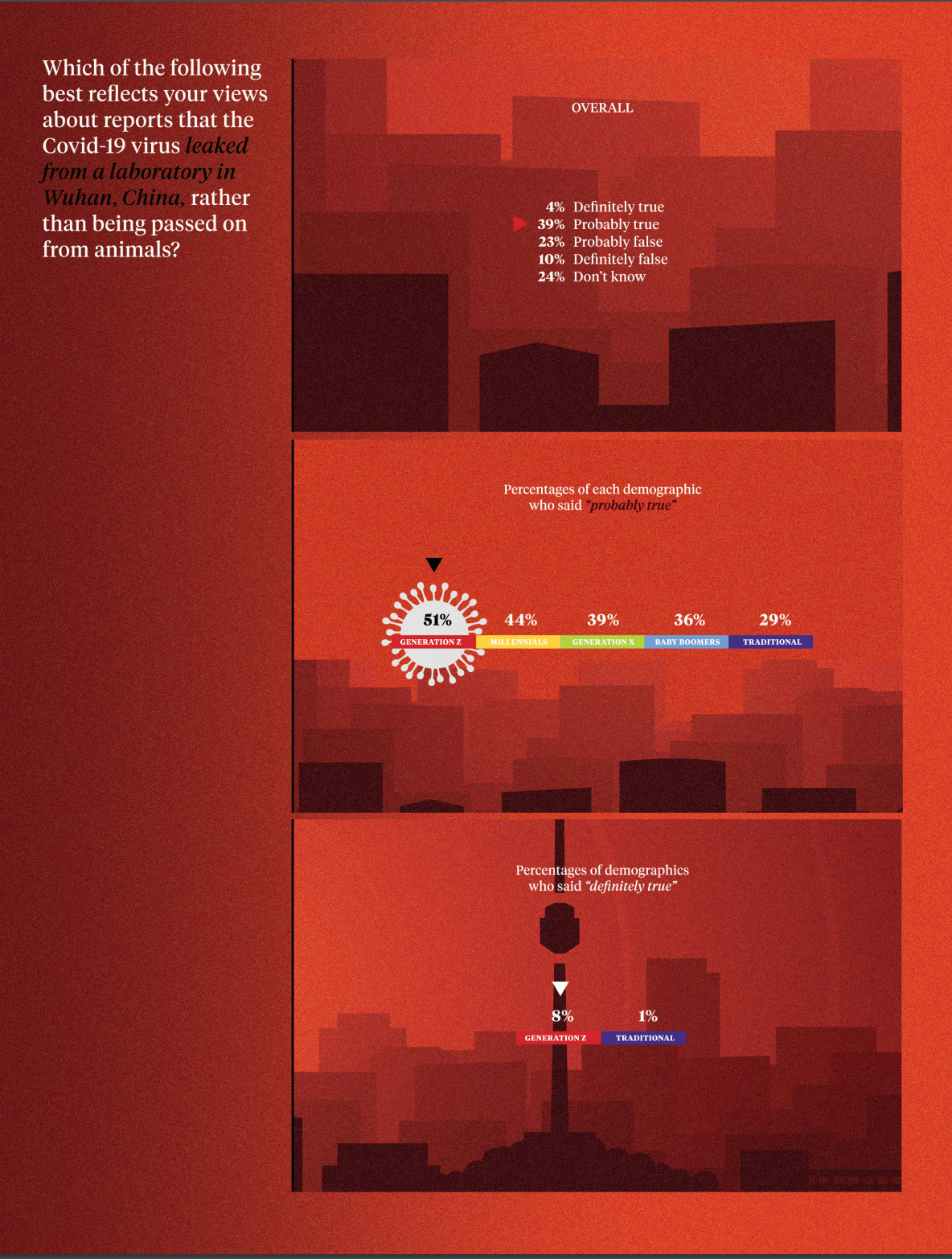