Message in a mottle

The year after a US presidential election is usually a political snoozer. We have a sprinkling of local and state races, a few ballot initiatives and two campaigns for state governor. More consequential elections are a year away, contests for all 435 seats in the House and a third of the 100 seats in the Senate. Altogether, they reflect the country’s mood and satisfaction level with the president.

Well, 2021 has been different. A handful of results this month unveiled major trouble for Democrats, a winning strategy for Trump-weary Republicans, and a cautionary message for progressives who want to run the country from the Left.

The governor races were the most revealing. A narrow Republican victory in Virginia, which President Joe Biden won by ten points over Donald Trump last year, and a near miss by a Republican in New Jersey, where Biden won by sixteen points, revealed how much voters have soured on Biden’s leadership less than ten months into his four-year term.

Other results this month suggested that the progressive agenda favoured by the Democrats’ hard left has only limited appeal for independents and suburbanites who often determine winners in a sharply divided country.

Biden campaigned on a promise to unite the country. He meant the two parties, but by election day, he hadn’t united his own.

It wasn’t until three days after the 2 November elections that the House of Democrats finally ended months of disagreement, passing the first of Biden’s two domestic policy initiatives, a $1 trillion infrastructure bill to improve roads, bridges, airports, clean water and high-speed internet access. The delay in passing the bill deprived Democrat candidates of the chance to campaign on a theme of “We’re the party that gets things done.” A vote on the second bill, a $1.5 trillion measure for social net and climate programs was pushed back. Nor did it reflect well on Biden that Covid lingers, consumer costs are soaring and a new battleground in the culture wars – school boards – has surfaced. Parents are pushing back, sometimes violently, on any effort to infuse pedagogy with progressive favourites like systemic racism and transgender rights.

If Republicans regain control of the House and Senate next year, as most political seers are predicting, the prospects of Biden getting anything done in his final two years are dim at best and probably non-existent. Republicans need only five House seats and one in the Senate to win back majorities.

And it’s just as worrisome for Democrats at the state level, where Republican governors outnumber Democrats, 27-23. Virginia will make it 28-22; and next year eight states where Biden won by the same or smaller margins than in Virginia have Democratic governors on the ballot, including three key states that Trump carried in 2016: Pennsylvania, Michigan and Wisconsin.

It all creates enormous headwinds for Democrats and emboldens Trump to declare himself a presidential candidate in 2024. Already, pundits are predicting he would beat Biden or any other Democrat nominee.

While the former president retains strong support from loyalists, the Republican victory in Virginia provided a pathway for voters who may like Trump’s policies but not Trump.

Glenn Youngkin, a former chief executive of a global private-equity firm with no prior political experience, became the first Republican to win a statewide election since 2009 by avoiding appearances with Trump, despite his endorsement. Youngkin didn’t buy Trump’s lie that the 2020 election was stolen but signalled alignment with him by making “election integrity” a central focus of his campaign. It’s a phrase many view as shorthand for suppressing ballot access.

Meanwhile, Youngkin’s opponent, Terry McAuliffe, a former Virginia governor and one-time chairman of the Democratic National Committee, did little more than hammer Youngkin as a Trump doppelganger, a tactic that clearly failed. He also committed an own goal in debate with Youngkin, blurting out: “I don’t think parents should be telling schools what they should teach.”

Big mistake, at a time when divisive cultural issues like abortion, religious rights and free speech are bubbling up again. It gave Youngkin a new avenue of attack that’s finding favour with Republicans everywhere, including Trump, and a growing number of parents who are fearful that teachers are indoctrinating their children with liberal ideas. Chief among these is critical race theory, which holds that racism is deeply entrenched in American life.

Youngkin pounced on McAuliffe’s statement, using it to appeal to nervous parents already conflicted by mask mandates, vaccination requirements and transgender student rights. He vowed to accelerate parental involvement in public education and to ban teaching of critical race theory.

More importantly, it showed other Republicans that focusing on hot-button, personal issues that touch families enables them to walk a fine line of avoiding and embracing Trump simultaneously. It also left Democrats wondering if constant pounding on Trump is the best pathway to victory.

A mixed message for progressives:

Hard-left Democrats, a rising force within the party, had a few victories to celebrate, notably in city mayor races. Michelle Wu, a Taiwanese-American, became the first woman and first non-white elected to lead Boston, and Ed Gainey became the first Black elected mayor of Pittsburgh.

But other results demonstrated the growing resistance to a leftward lurch. In Minneapolis, the city where a police officer was found guilty of murdering George Floyd last year, voters turned back a ballot initiative that was as close to the progressive call to “defund the police” as any measure in the country.

With 56 per cent of the vote, city residents defeated an effort to replace the police department with a Department of Public Safety, which would employ a comprehensive, public health approach to policing. And in Buffalo, New York, a socialist who won the Democratic primary for mayor in June, lost to the incumbent, a moderate Democrat who won through a write-in campaign.

By election day, his approval ratings had slipped to the low 40s. The results made him more determined than ever to stitch together the warring factions of his party, knowing that without unity, voters will have no confidence in Democrats next year or the Democratic nominee for president two years later.

If that happens, Democrats will have little more to do than start pounding on Trump again.

A wage(r) for the future

Since the United States first guaranteed a minimum hourly wage – 25 cents in 1938 – Congress has raised it 22 times, the last to $7.25 per hour in 2009. Then to now is the longest period without an increase, and an almost evenly divided Congress means the next raise is nowhere in sight.

States and cities are free to go higher, and about half the states have, led by California with a current minimum of $14 an hour for some workers, $13 for others. Eight states are phasing in hourly raises to $15 per hour over the next few years while others, mostly in the south, are clinging to the federal minimum. 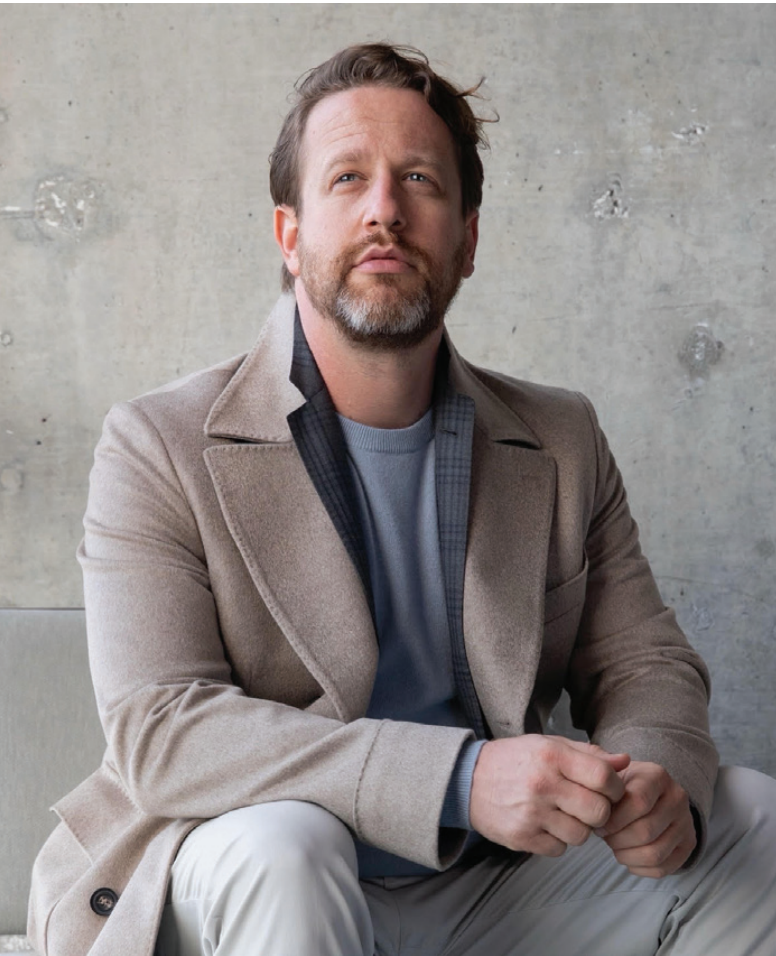 With the fifth largest economy in the world and nearly 40 million residents, California is getting a chance to go higher again. Joe Sanberg, a Los Angeles investor and philanthropist whose focus is improving the lives of low-income families, is leading a coalition to promote raising the state minimum to $18 through a 2022 ballot initiative.

If it’s passed it has the potential to lift thousands of families out of poverty, to spur consumer spending and make housing a bit more affordable in a state where the cost of a home increased nearly 22 per cent in the twelve months through to September this year, to a median price of $717,000.

It might also make other states take notice. “Poverty is not about numbers on a Microsoft spreadsheet,” Sanberg said in an interview. “It’s about the living experiences of real human beings. To define it any other way is absolutely preposterous.”

In the eyes of many, $7.25 an hour (about £5.25) for a 40-hour working week is embarrassing and unfair in a country with more than 600 billionaires and thousands of CEOs who make a million dollars a year, the equivalent of $480 an hour. The current federal minimum keeps households of two or more, with a single wage earner, well below the poverty line as defined by the U.S. Department of Labor.
About eleven per cent of Americans live in poverty. 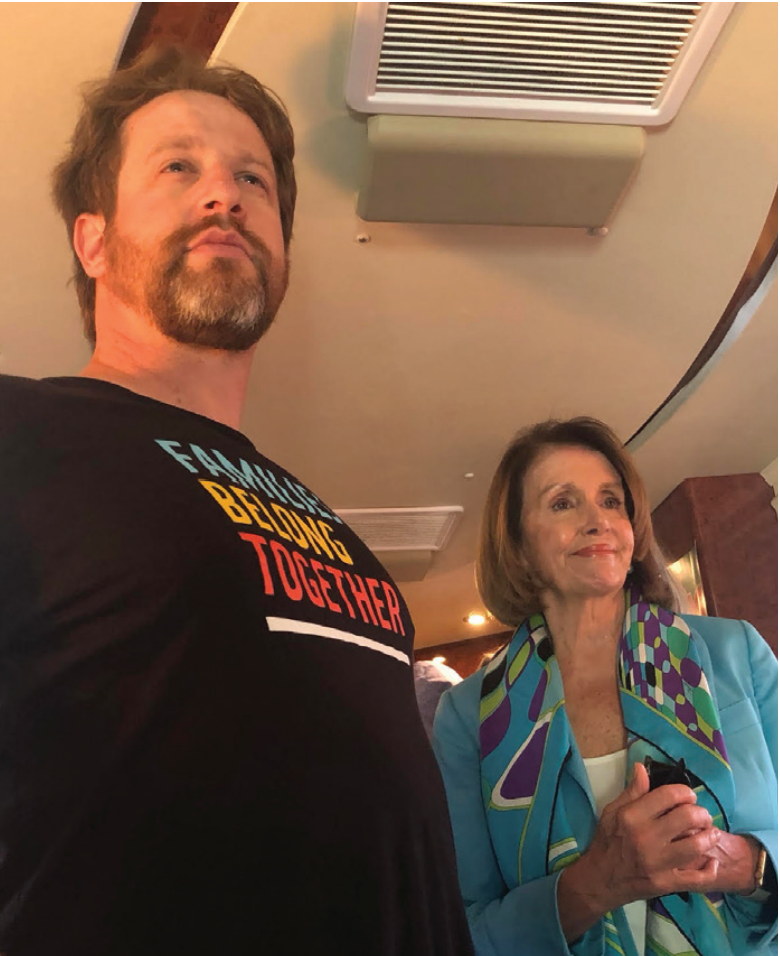 A national “Fight for $15” movement is under way, and President Joe Biden has raised the minimum to $15 for all federal contractors.

But opposition to raising the minimum for private employers has persisted for years, arguing that increases would force business owners to raise prices, shed jobs or close. The issue has stalled in Congress under pressure from big business, even as Covid, supply shortages and inflation are driving up consumer costs everywhere.

Sanberg said he anticipates the fiercest opposition to the initiative will arise from chambers of commerce and big businesses that use profits to buy back stock and raise executive pay rather than increase worker compensation. That will be a central talking point for the campaign, he said.

Ballot initiatives have been part of California governance for more than 100 years. They enable voters to bypass or override the legislature on any particular issue, or to create new laws altogether. Getting a ballot before voters is a long and expensive process that starts with signature collection and rarely reaches the finish line for voter consideration. From the thousands of tries between 1912 and last year, only 388 made the election day ballot, and only 37 of those won voter approval, according to data from the California Secretary of State. Of the record 109 initiatives that began the process in 2005, only nine made the ballot, and only one was approved.

For next year’s elections, initiative sponsors have six months to collect a required number of signatures – 623,212, or five percent of those who voted in the last election for governor – which must be confirmed as legitimate by the state. Signature collection and promotional activities account for the largest costs of the campaign. Last year, when state voters had eleven initiatives to consider, the total cost was $34.8 million according to state records. Only one passed.

Sanberg said he was unconcerned about costs, vowing to spend “eight figures, or nine figures if we have to,” and adding: “We’ll do what needs to be done. There’s no price that’s too high to pay to pass the boldest living wage in the history of the country.” 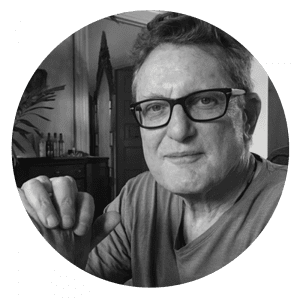